It seems like the structure and assessment techniques in the provincial civil services exams, particularly in Balochistan revolve around unrefined patterns that are hardly suitable, to say the least

The PCS aspirants in Balochistan breathed a sigh of relief when they heard that the Balochistan Public Service Commission (BPSC) is likely to hold Provincial civil services exams against posts of AC/SO in March 2018. As the aspirants have anxiously waited for the said posts, at the same time the BPSC also learned that many candidates show reservations and pinpointed several flaws in the examination system. And they emphasise reforms on the part of BPSC.

In 2016, a group of candidates appeared in the competitive exams of Tehsildar also followed to addressing a press conference in Quetta press club and lashed out at the poor management arranged for the exams.

They also alleged that there was no serial number on answer copy sheets which could have raised many concerns during the checking process. Apart from this, the students also complained against haphazard questionnaire techniques. Here are some examples of questions asked during the General Knowledge portion of the Tehsildari exams held by the BPSC in 2016; “What is the old name of Bangkok?”, “What did Neil Armstrong eat in space?”, “What is the population percentage of KSA?” . These pointless questions only indicate that the exam is directing students towards rote learning.

Similarly, in the 2016 PCS exams held by the BPSC, the students were also led to confusion over the optional subjects because the BPSC authority went on an unsystematic questionnaire strategy regarding different optional subjects.

For example in the Political science paper, candidates were required to answer six lengthy questions in a given time. Those who opted for Islamiat as optional needed to only answer four, these were also easier questions to answer. While some optional papers had an Multiple Choice Question (MCQ) portion that eased the burdens of some candidates, but the other optional ones did not. One can imagine how the checkers would have gone through balancing the checking criteria for different optional subjects under this pattern.

It is clear that our exam formats and techniques destroy the potential for authentic creativity and only produce rote learners. This keeps the students away from conceptual studies, and erodes academic brilliance and talent

A month ago, the written tests against posts of Assistant Director (BPS-17) were held by BPSC. The candidates appeared for the same posts under same quota from the same zones, but they were alphabetically divided into different test timings. And the exams for same posts were conducted through separate question papers. It did not matter if the evening paper was easier than the morning ones and vice versa. Now, how the checkers uphold merits in the quota system for same candidates of the same zones but through separate question papers. It also puzzled the students since questions in the General Knowledge portion were copy-pasted from Google.

The human mind is limited and cannot be matched with Google, which is a repository of vast and infinite knowledge. A recent kind of examination would surely freeze out the genius in favour of dull, and give advantage to those who memorise appropriate answers and distance themselves from comprehensive study. A selection mechanism with this poor standard cannot identify deserving selectees.

It seems like the structure and assessment techniques in the provincial civil services exams, particularly in Balochistan revolve around unrefined patterns that are hardly suitable, to say the least.

Undoubtedly, the commission has the right to make a tough paper in shadow of a tight competition. But at the same time, it should also know the difference between hard and irrelevant questions. Many candidates also complain that BPSC, when compared to the FPSC, PPSC SPSC, or KPPSC lags far behind in introducing an effective examination patterns. The ongoing set-ups in the system would gradually cease the interests of many competent students to appear in competitive exams. And more obviously, it will thwart the ambitions of hundreds of aspirants if the current exams strategy lasts. 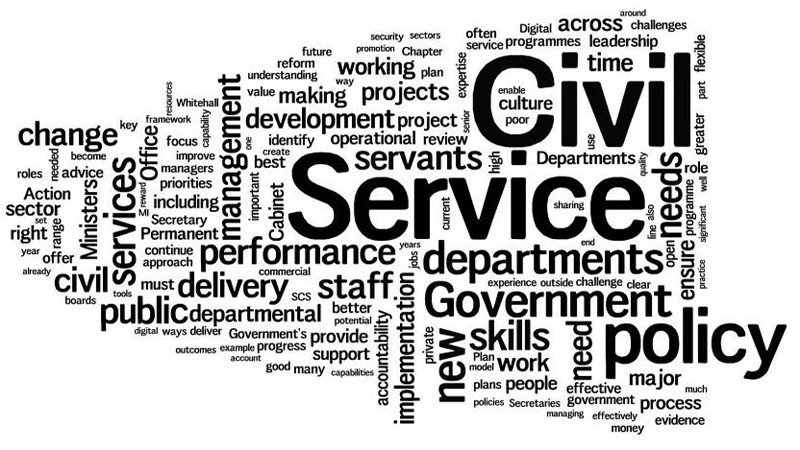 It is clear that our exam formats and techniques destroy the potential for authentic creativity and only produce rote learners. This keeps the students away from conceptual studies, and it erodes academic brilliance and talent. Some candidates even with their weak English and incompetence in other subjects, can luckily get through such high profile exams under this disorganised examination system. The outdated patterns of conducting written tests against high-ranked posts should at least undergo with drastic reforms and be replaced with finer techniques. If the present system lingers on, it will strip the province of the best lot. Our bureaucracy already lacks efficient civil servants. It will set a disastrous precedent if things remain unchanged in the recruitment system.

The fact of the matter is that many young and resolute minds still pledge their future to serve the nation to go through the complex process of CSS/PCS and other competitive exams. Financially weak students, especially those from rural areas cannot translate their desire to acquire higher education and are unable to choose any specialised fields. After graduation, most of them will get to swot up preparation for civil services which is a bit cheaper to pursue.

They’re inclined to seize a hectic career in the bureaucracy and opt out the other professional fields. For this, they let slip no chance to excel in the exams. To make sure they will only rise to hope if the system in the competition works effectively. Undoubtedly, the current chairman of BPSC justice (Retd) Mehta Kailash Nath Kohli has earned great accolades for showing honesty and upholding transparency in the public service commission. But the system still ingrained in drawbacks that need to be addressed.

The only reform that can instil confidence in PCS aspirants is to remould and revamp the examination system on par with the changing demands of modern examination patterns. The format must require those appearing in exams study concepts analytically rather than use the obsolete method of the cram learning strategy. The system needs to carve out viable assessment techniques for those who have better writing skills and should give such individuals a distinct advantage.

The opinion-based questions can be only yardstick that will pick up the best minds according to the absolute selection mechanism and criteria. The idea to borrow copy-paste questions from google, should also be avoided by examiners in the upcoming exams. And the Chairman of the BPSC should strengthen vigilance during exams to rule out any kind of mismanagement in the examination hall.

To shift the decades-old patterns to the modern ones, and assess the selectee through a genuinely learning outcomes and discourage rote learning, all it needs restructuring the system. Bureaucracy is referred as the only steering-wheel of the government, we can and should improve it with the mechanism of inducting competent civil servants through a sophisticated system and genuine recruitment process.

The author is freelance writer and blogger, can be reached at masoodhameed916@gmail.com