Resurgence of Taliban in North Waziristan

Whatever the reason may be, the freshly minted resurgence of the Taliban has created a precarious situation in the agency

The Pushtuns have contributed in numerable sacrifices on both side of the border in the war on terror. Unfortunately, they have lost much more in the war economically, culturally and through human lives. For the sake of restoring sustainable peace, they have gone through a torturous ordeal of numerous military operations; the latest is the much trumpeted Zarb-e-Azab.

When the Army Public School came under vicious attacks of terrorists, the federal government corroboratively launched a large-scale operation in mid of 2014, in North Waziristan agency against terrorists to establish the state writ. 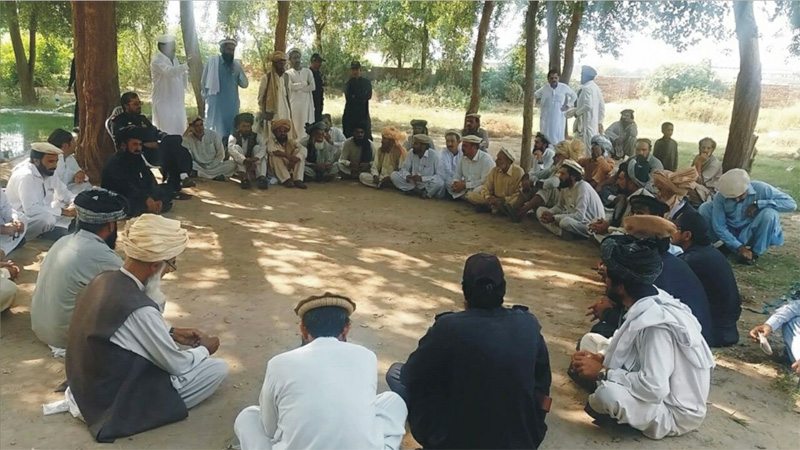 When the army launched the massive operation to fish out the terrorists from their hideouts, we saw tweets of the Inter Services Public Relations (ISPR), about the development of the deployed army jawans in the agency against the terrorists.

After one and half year, the ISPR tweeted that the jawans have virtually purged the entire agency from all kind of terrorists and converted it into peace zone. At the same time, they also unveiled their earlier blueprint plan for rehabilitation of the IDPs in their ancestral areas.

A few days ago, when I picked up Dawn newspaper, the first piece of news that arrested by attention was a faction of the Taliban headed by the Mullah Nazir group. In the guise of a peace committee, the group has banned the cultural and social events and also put restrictions on women’s movement outside their homes without a male member of their family.  On seeing this, a few questions went through my mind. For what purpose had you created the IDPs? Why did you bombard their homes? Why had you shelled and destroyed their properties? Why had you used their homes as a cantonment during the operation?

They solve different problems of the locals related to family and land and impose fines and penalties; a system that is running parallel to the government’s judicial mechanism

All the hardships borne by the inhabitants of the agency were for the purpose of sustainable peace in the agency. If there is no peace and the Taliban are still roaming free in the agency, what purpose was the operation. There are only two straightforward and discernable reasons for the resurgence of the Taliban in the agency.

Reportedly, the group has its own judicial set-up in its region. They solve different problems of the locals related to family, land and impose fines and penalties, a system that is running parallel to the government’s judicial mechanism. The group is also operating a jail in the region. A well-known check post is also currently operated by the group. The group has been seen patrolling other parts of the agency too. The ongoing anti-state activities of the group make sense, despite the fact that large scale operations have been launched against them, the group was carrying out outlawed activities without any fear of armed forces. A fear of backlash might have restrained the Pakistan armed forces to tighten the noose against them by dismantling their sanctuaries.

Whatever the reason may be, the freshly minted resurgence of the Taliban has created a precarious situation in the agency. It needs to be reined in due time otherwise the network is likely to spread to other parts of the country through their preaching.

The writer is a law student at Islamia College University, Peshawar he can be reached at khetran65@gmail.com and @ziaullahkh7199