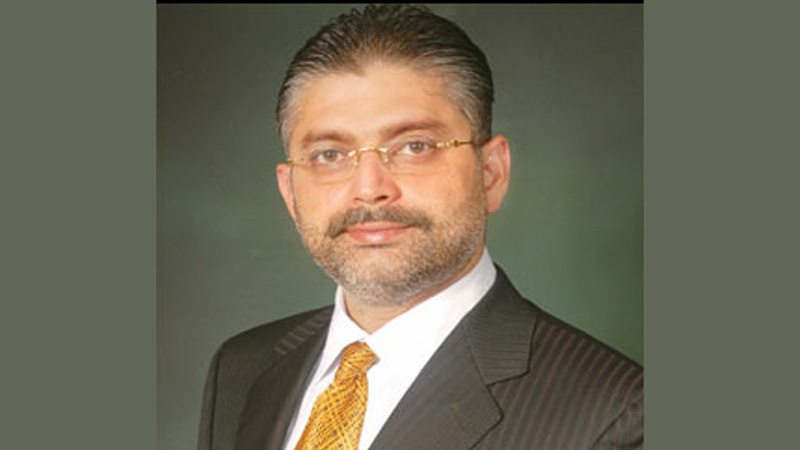 ISLAMABAD: The Supreme Court on Wednesday issued a notice to the National Accountability Bureau (NAB) on the pleas of Pakistan People’s Party (PPP) leader and former information minister Sindh Sharjeel Inam Memon and five others seeking bail in a mega corruption case.

Latif Khosa contended that NAB had adopted a dual policy on a same charge. He stated that an accused of Sindh was sent behind the bars, whereas an accused of Punjab on the same charge was left free.

To a court query, Latif Khosa stated that another accused Inaam Akbar had challenged the jurisdiction of NAB chairman to issue the arrest warrants against him.

Earlier on September 25, Sharjeel Memon had filed an appeal in the Supreme Court against a September 23 decision of the Sindh High Court (SHC), rejecting his bail in a reference pertaining to the award of advertisements at ‘much exorbitant rates’ through the abuse of power as provincial information minister.

In his plea, he stated that he should be granted bail by setting aside the SHC decision, as NAB did not have any evidence against him of the charges leveled against him. He contended that his arrest by NAB was in sheer violation of its own laws.

He stated that the complaint against him was moved to NAB by Zeenat Jehan just after the five days he had assumed the office as the information minister.

He contended that the complaint, which was pertained to transfers and postings and harassment did not warrant initiation of corruption investigation against him.

He stated that the Supreme Court had already issued an interim bail to another accused Inaam Akbar in the same case, thus also deserved to be granted bail. He requested the court to order NAB to quash the corruption references against him.

Sharjeel Memon and five other accused were arrested by the NAB on October 23, 2017. All the applicants have requested the court to grant them bail and order NAB to quash the corruption reference against them. NAB team had arrested Sharjeel Memon just after the SHC had rejected his bail plea in the mega corruption cases.

In its corruption reference, NAB claimed that it had found corruption and corrupt practices in the award of advertisements against the law and at much exorbitant rates to TV channels and FM radio stations for various government awareness campaigns between July 2013 and June 2015.

The reference claimed that the accused acted with the connivance of each other, resulting in losses to the national exchequer. Memon is also facing a separate reference pertaining to illegal adjustment and consolidation of hundreds of acres of land in favour of a private housing project in Karachi by receiving huge kick-backs.

NAB had filed the reference on October 2, 2016, accusing Sharjeel Memon, Inaam Akbar and several others of corruption in awarding provincial government’s public campaigns and advertisements to electronic media on much exorbitant rates’.