Writing and other concerns

I would like to admit that I have not written anything worth reading in nine whole years for several naive reasons which I dare to expose to my fellow writers; if they consider them, they might save themselves some real trouble 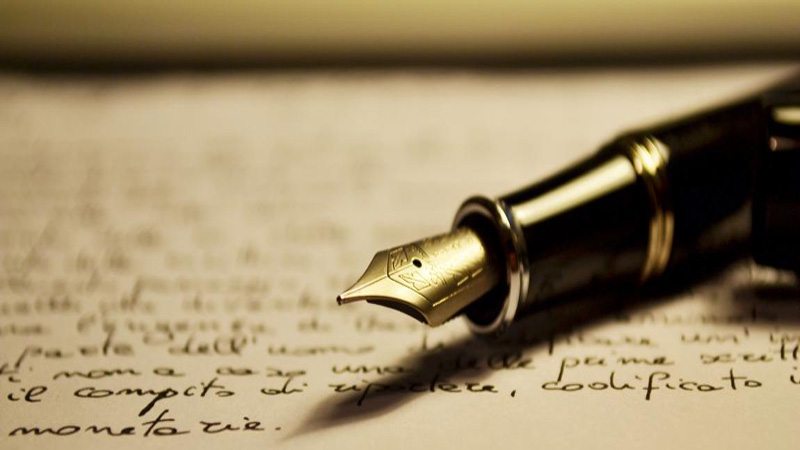 To give an advice, even to think of it and that too to writers, especially amateurs, there’s nothing more offensive and disturbing as my own experience tells me.

This fact being established, I come down to the reason why I presume I can give advice on writing. It has been nine years since I have aspired to write but have not yet started in full bloom. In the meanwhile, I have read a lot, thought a lot, but written nothing except dry and melancholic demographics of a neurotic mind, which to my own surprise have not been neurotic in the first place. I can say now with conviction that psychological problems are like fiction stories. They are traumatically real as long as you believe in them and identify with them. Once the strain breaks, one finds out that the whole drama was enacted artistically for one’s gradual demise. Anyways, I would like to admit that I have not written anything worth reading in 9 whole years for several naive reasons which I dare to expose to my fellow writers; if they consider them, they might save themselves some real trouble.

Almost every amateur writer wants to know whether creativity is given to one by one’s Muse or some demon in a dream, or whether one gets inspired instantaneously and happens to end up writing great stories like Borges or poems like Rilke. One wants to go deep down into oneself, find out the mythical mountain whose waters intoxicate great writers into the madness which breaks through them in the form of great poems. Well, this incessant self-search causes a lot of pain and one ends up most often in the chamber of the Oedipus complex with a list of psychological disorders. To one’s disappointment, one never finds the fountain down the valley, but that is probably the purpose.

You will not find any demon in the trenches of your soul, but who says you won’t find other things? Self-search blurs and evacuates your inherited personality, and you become empty like a container with an open bottom from where anything can grow. Besides, in this struggle of finding the creative self, one inadvertently imitates the attributes of one’s favourite writer. Most often, those who read existentialist and absurdist literature in their early days assume that if they want to become writers and poets, they must be sad and delirious, despise everything and anybody, prattle about the meaninglessness of life and selfishness of human love, smoke cigarettes and try never to make sense. Before long these borrowed characteristics sink down into one’s personality and one ends up as a petty nihilist with absurd speeches in one’s pocket.

In our culture, it has become an indubitable fact that an accomplished writer must be depressed and suicidal. However, one becomes a good writer or poet after one writes good prose and fine poetry, it’s as simple as that. The personality of the writer has no significance whatsoever except his or her observations, gift of language, devotion towards exploring new ways of life and unsealing the modes of being.

A friend of mine used to assert often that it is necessary for an artist to fall far and deep in love before they could be ripe and vulnerable enough to sing. Following his own rather bizarre conviction, he waited for years to fall profoundly in love but to no avail, for every affair would crash soon. Under his belief, there is one subtler idea that only suffering could open up one’s soul. The question is: Is it really necessary for one to fall in love, get one’s heart bruised and torn?

To my knowledge, artists love their ideals of beloveds more rather than actual human beings. And often they fall in love with their own idea of love in such a way that they want their beloved to leave them so that they can keep singing like nightingales for the rest of their lives. Well, who am I to tell anyone what to do? But, still.

As you see, those who want to eternalize themselves and their love, might aim to love madly and narcissistically to their own demise. The way I understand it, self-inflicted pain never brings the skies a little lower and the muse a little nearer. It just makes you suffer uselessly again. Apart from that, life is already suffused with so much pain and suffering that you’d have enough of it without faking it and choosing it. The crux of my idea is that there are no essential tragic experiences which one must undergo before he or she tries to write.

And what about the modern hunger-artists? Well, I also let myself suffer for years in the name of solitude and existential crisis. I did not know then that faking depression does not turn one into a poet no matter how much psychoverbiage one sifts out of the dictionary to colour the whole page grey with.

Recently, I realised that somehow depression has become a fashion and a normalcy, some kind of abuse that people reply to at the back of their minds. I consider such characters hunger-artists in the Kafkaesque sense, they believe rather insidiously that depression and so-called existential crisis empowers them somehow to put a “why” after everything – this allows them to wallow in their own filth and masquerade before the world as some kind of semi-prophets deprived of a few percentages of saintliness. They very calmly, with a tinge of frustration, say that “life has no meaning” and liberate themselves of any responsibility that could push them into bringing about a change in their own lives or those of others. Their talks embroiled in terminologies, borrowed without acknowledgement from French philosophers are substantiated by Urdu verses along with cigarettes and cups of tea. They make us think that they’ve seen and understood everything and now can mock and cuss on “life” loathed in intellectual pride. With due apologies, I have been talking to myself in the mirror in the middle of the essay. Well, it does not mean I am alone. If you want to write but have stopped because life has no meaning and you pity yourself, come out of the farce that you have been putting up.

The worst possible fantasy a writer might have about himself is that he or she is supposed to write at their best on their very first time. It takes years to learn otherwise. One must sit down and write and keep polishing one’s scientific tools of language before the muse descends properly. If you spend years in waiting, and write nothing, you might as well overdose on pills one day or hang yourself from a dirty fan. Never do that.

Not everybody is supposed to be a writer. As long as you think that your writing and creativity might somehow make you look great and glorify your personality, you are on the wrong path once again. Contrary to all those great writers, who at some point sacrificed their personal lives for the sake of their creativity, I consider that arts and humanities can help enable you to live life in the most amazing of ways. As long as you write about yourself, make yourself a hero and remain loyal to your own history, you’ll remain fixated in glorifying your own image through your stories. One never writes to prove one’s genius, the authenticity of one’s lost love or to earn self-pity for one’s victimhood, and worst of all, one never writes to glorify one’s personality as a character through one’s stories.

How does one become a writer?

Well, initiate yourself into reading and writing voraciously (it is important not to think too much because it is bad for both writing and the stomach).

Write down your dreams and intuitive thoughts which knock at your door at unusual times.

Write down your memories of childhood and daily events in an artistic way.

The writer is a student of English Literature at Government College University, Lahore and can be reached at rosseautolstoy5@gmail.com 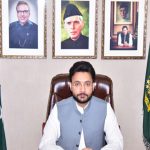