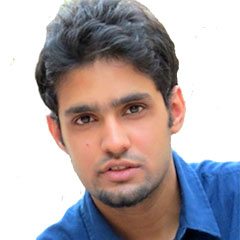 Imran’s solidarity with religious fundamentalists raises concerns about his own political ideology. Is it so flexible that it can achieve common ground with any violent group, as long as the end goal is to weaken the government?

Initiating change in a democracy is tough, and Imran Khan is off to a steady start. His anti-corruption movement was instrumental in the disqualification of Nawaz Sharif, triggering a nationwide crackdown against the political elite. Judicial oversight was established over NAB and FBR, and the protection of federal institutions became paramount. However, the same cannot be said about his stance on security, terror and extremism. About his reluctance to condemn extremism in the heart of Faizabad. About his belief in negotiating with militant outfits. About his electoral alliance with Samiul Haque, a figure that prides himself on nurturing the Taliban, and values his commitment to Sharia rule. Is it possible to alter the status quo by clinging to it? The credibility of Imran’s change is suddenly in question.

His firm advocacy for negotiating with militants endangers the prospect of countering terrorism. Khan backed talks with Tehreek-e-Taliban Pakistan, an outfit that has taken up arms against the state since 2007. Peace talks lent legitimacy to its violent ideologies, and rendered it an official stakeholder in the political process. Combating terrorism was no longer a matter of neutralizing militants. It became a matter of appeasing them, nullifying Imran’s claim to change.

A show of solidarity with the Faizabad protesters is a continuation of this appeasement. Imran expressed his party’s willingness to join the Tehreek-e-Labbaik sit-in, where faith was deployed to legitimise violence, as well as disrupt the lives of thousands of peaceful citizens whose interests the PTI claims to represent.

Not a single finger was pointed towards the federal government, for negotiating an agreement that favoured the demands of the rioters, and weakened state authority. Nor was there any critique of TYL being declared a peaceful organisation, having injured over 60 policemen, 45 FC men and defied court orders.

Imran’s solidarity with religious fundamentalists raises concerns about his own political ideology. Is it so flexible that it can achieve common ground with any violent group, as long as the end goal is to weaken the serving leadership? Is it based on endorsing the interests of a violent mob? If so, this ideology promises to do democracy more harm than good. Prior to his electoral alliance with JUI-S, a vote for PTI meant a vote for the welfare of the masses. But now voting for PTI means subscribing to the ideology of JUI-S, and endorsing the idea of societal jihad. It means glorifying the vision of Ziaul Haq, and lauding his Islamic reforms in the country. It also means asserting one’s support for Darul Uloom Haqqania, a recruiting ground for militant forces, and alma mater of the Taliban.

Defiance to American overreach in Pakistan, marks an essential aspect of Imran’s politics. After all, the US-led Afghan war gave rise to domestic militancy in Pakistan, and despite losing 6,500 soldiers to terrorist outfits, Pakistan’s sacrifices are seldom acknowledged. But the deployment of anti-American slogans to whip up nationalism has its weaknesses. Imran criticies Washington for accusing Pakistan of harbouring militants, but takes little notice of Jamaat-ul-Ahrar and Lashkar-e-Jhangvi. He urges the US to pursue its own fight in Afghanistan, and in the same breath, recommends that the US negotiate with the Taliban.

Imran’s reluctance to own and confront Pakistan’s domestic security challenges marks a major pitfall in his road map towards change. Moreover, by aligning his ideology with the ultra-conservative JUI-S, Imran makes it difficult to distinguish his security thinking from that of his rivals.

The writer is a student of Public Policy at NUST, and author of the book on post-modern poetry And the Candles Blew