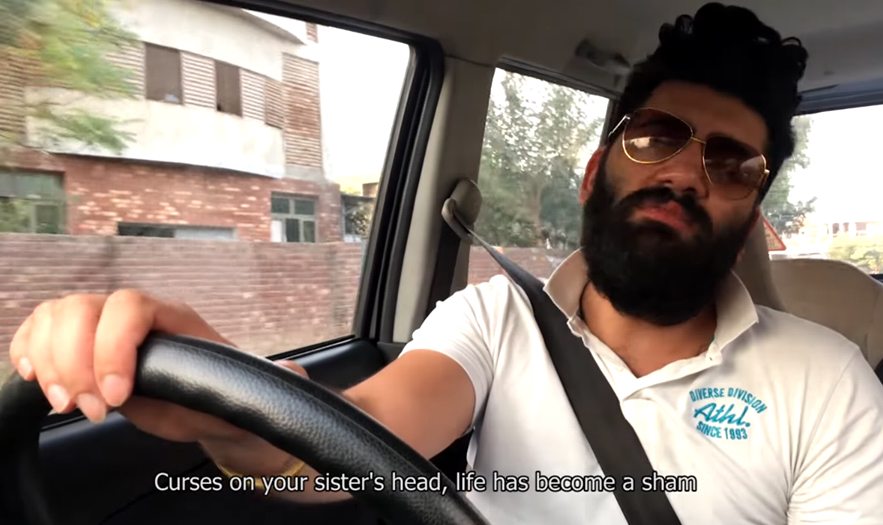 LAHORE: Beygairat Brigade-famed musician Ali Aftab Saeed has returned with another witty song that offers profound commentary on the prevailing political situation in the country.

Produced against the backdrop of the Faizabad sit-in and the agreement that led to the resignation of former Law Minister Zahid Hamid, the song’s title is a Punjabi swear word included in various memes circulating on social media about  Tehreek-i-Labbaik Ya Rasool Allah (TLYRA) leader KhadimHussain Rizvi who frequently uses abusive and offensive language in his public appearances.

Saeed’s latest song is similar to his previous hits like Aalu Anday, Paisay Ki Game and DhinakDhinak as it takes a jibe at the civil and military leadership for their handling of country’s affairs.

Pen the siri takes state institutions to task for succumbing to the pressure of fanatics.

“Leave the assembly in Khadim’s hands,” sings Saeed in one part of the song in a melodic tone, referring to the agreement brokered by the security establishment between protesters and government. The song also makes a mocking reference to the incident wherein Punjab Rangers DG is seen distributing money among protesters.

Talking to Daily Times, Ali Aftab Saeed says, “I’m an artist. My medium is music. People interpret poetry and music in their own way,” adding that satirical poetry is always open for interpretations.

On the use of the Punjabi swear words, he says, “I understand that some people might think that pen the siri is sexist but I have not coined this term and my use of the term in the song only reflects the state of our affairs,” he says, “I take inspirations from the existing situations and present it in my own unique way.”

The singer says that the response so far has been fantastic.

The YouTube video of the song has been viewed 7,828 times since it was uploaded on December 3rd.

In some of his previous songs with Beygairat Brigade, or “An Honourless Brigade”, Saeed and his band members have taken up prevailing political issues and commented on them with a satirical undertone.

The most popular song of the band,  Dhinak Dhinak, had reportedly been banned by some Internet Service Providers (ISPs) in the country.