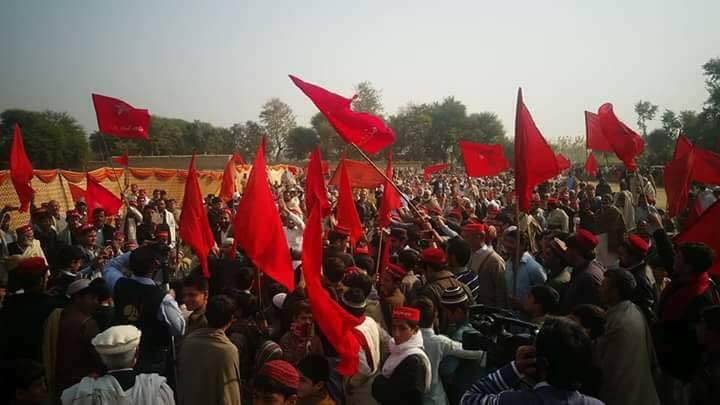 LAHORE/ISLAMABAD: Scores of peasant farmers, including women and children, clashed with the authorities at a village in Hashtnagar area of Charsadda district on Monday over a land dispute.

According to peasant leaders, a local feudal named Rab Nawaz came to the area, accompanied by armed Frontier Corps (FC) personnel, and tried to eject farmers from the village. His efforts, however, were met with resistance from the locals. Following this, the police intervened to broker an agreement between the two parties. 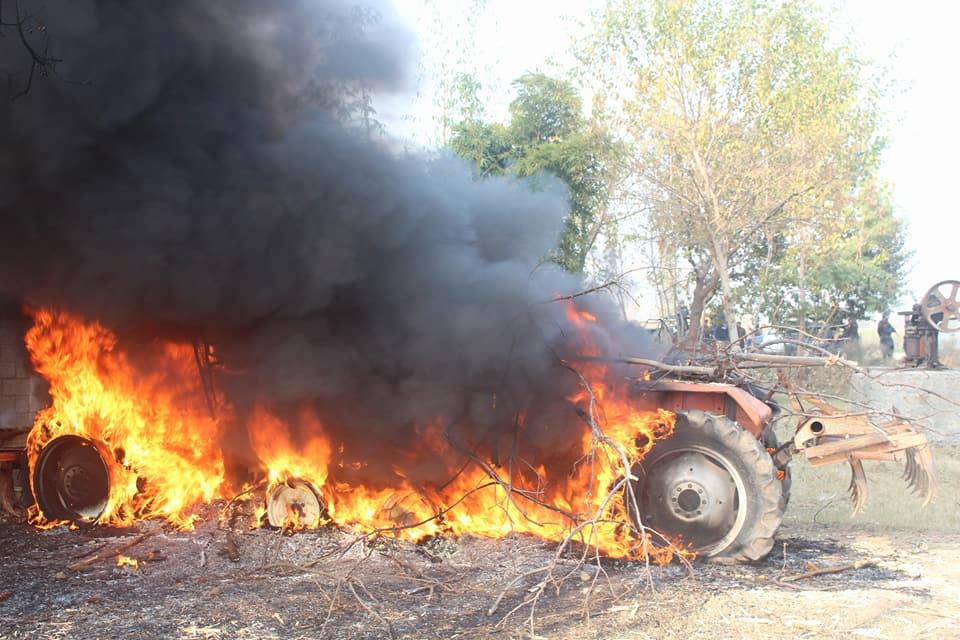 A jirga has been formed to resolve the issue. It includes members of Pakistan Mazdoor Kissan Party (PMKP), Awami National Party (ANP) and Qaumi Watan Party (QWP). It is scheduled to meet on Tuesday (today).

Talking to Daily Times, PMKP chairman Afzal Shah Khamosh said peasant households would only raise the issue of lease agreement in the jirga. He said there was no room for any debate on control over the land. Peasant households have been cultivating it for generations, they will not allow anyone to eject them from their lands.

Khamoosh said Rab Nawaz was apparently supported by high ranking police officers who were letting him use state resources without any due process for his personal affairs.

“The land belongs to the farmers who till it. The feudals had been given control of this land in return for their loyalty to the British colonisers,” Khamosh said, “The British rewarded their loyalists with these lands for opposing the Independence Movement.”

The PMKP chairman further said that due to his party’s efforts since the 1970s, ownership of 85 percent of the disputed land in Hashtnagar region has been regained by peasant households. Currently, about 15 percent of the land remains disputed. This land supports around 120,000 people, Khamoosh said.

He added that the land dispute had gotten worse due to a recent bill passed by the Pakistan Tehreek-e-Insaaf (PTI) and the Jamat-e-Islami (JI) in Khyber Pakhtunkhwa (KP) Assembly. As a result of this bill, when a farmer dies, his land is automatically returned to the government and his kin are not allowed to cultivate it. “The political elite favours landlords,” he said.

According to Afzal Khamoosh, around 200 farmers have lost their lives in the 40 years of struggle to save the local population from becoming homeless.

Talking to Daily Times, Charsaddah DPO Zahoor Afridi said, “The issue of ejection of farmers has a long history. The tragic aspect of the entire saga is that a number of Kisan groups have emerged and the issue is now used for political mileage.”

Afridi said it was a sensitive issue and the police were adopting every possible measure to tackle it carefully. “The district administration had deployed law enforcement officials but unfortunately the farmers with women and children advanced towards the police. Armed farmers took position inside the sugarcane crops and opened fire on the police, setting two tractors alight,” he added.

Following interference by district council members who have assured to settle the issue amicably, the police have suspended the operation for a week, the DPO said.