Why consumers should fear the AT&T-Time Warner merger 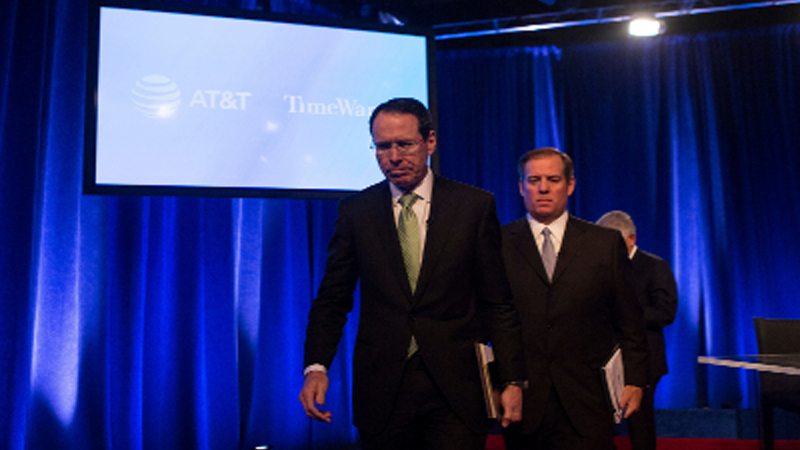 President Trump’s vengeance is supposedly behind one of the biggest media stories of the year: The Justice Department’s lawsuit to upend the planned merger between AT&T and Time Warner, which owns one of Trump’s most hated news organizations, CNN.

And if you listen to the people at AT&T, including Chief Executive Randall Stephenson and some of his media supporters, stopping the $85 billion megadeal is among the greatest affronts to free-market capitalism in years – with vengeance its only rationale.

After all, in buying Time Warner, which includes HBO and CNN, AT&T isn’t doubling down on any existing business; it isn’t a so-called “horizontal merger,” where it can easily control the distribution of two similar products and squeeze consumers through higher fees because there’s no alternative.

Like the pairing of cable giant Comcast and NBCU – which controls live sports, sitcoms like “30 Rock,” “The Today Show,” “NBC Nightly News” and MSNBC – an AT&T-Time Warner merger won’t stifle competition or violate anti-trust rules. So, the thinking goes, there must be another reason for Trump to shut it down.

But there are two sides to every story, and it’s beginning to look more like the president, with his relentless and ill-advised missives against CNN, is falling into a Trumpian trap of his own making by shooting his mouth off in such a way as to make his motives suspect and defenders timid – even when DOJ’s actions are perfectly defensible on the merits.

If the merger goes through, nearly half of the customers who get their programming through cable, satellite or other cable-like systems – AT&T owns satellite distribution through its DirectTV subsidiary, and even more distribution through a service called AT&T U-verse – will be receiving this content through only two companies: The newly beefed-up AT&T, and Comcast.

That is, the parent companies of CNN and MSNBC would control nearly half of all cable and satellite TV content.

Stephenson counters that consumers get more and more content through the Internet – plus there’s that other half who use cable or satellite providers other than AT&T and Comcast.

True, but the bigger these companies get, the less incentive they have to make their content available to other distribution networks – except, of course, at higher prices that always get passed along to the consumer.

Another argument by AT&T: Time Warner’s programming may be good, but people who don’t get it will live – it’s not talking about controlling the water supply here. And if the government is really worried about hardball tactics, why not just append conditions to the merger to make sure AT&T doesn’t extort sky-high fees from rival cable companies or Internet programming providers?

But that misses the point: What’s driving costs lower and choice higher is competition from the Internet – which is precisely what AT&T is trying to insulate itself from.

Indeed, the most compelling part of the government’s case is that the DOJ is opposing the merger using AT&T’s own words to block other deals. In the lawsuit, the DOJ quotes AT&T’s DirectTV subsidiary as saying that such vertically integrated behemoths “can much more credibly threaten to withhold programming from rival [distributors]” and can “use such threats to demand higher prices and more favorable terms.”

Likewise, AT&T once wrote that content-controlling distributors “have the incentive and ability to use (and indeed have used whenever and wherever they can) that control as a weapon to hinder competition.”

Stephenson has said that cord-cutting millennials are increasingly going all-in on Internet content that appears through services like Amazon and Netflix. The merger, he says, will give current providers the firepower they need to compete – and hey, isn’t the government concerned about competition?

That much is true, the government concedes: The hated cable companies, with their lousy customer service and high fees, have been put in a bind thanks to technological changes, and are increasingly forced to either cut their rates (ever so slightly) and offer better programming packages. But that pressure will ease up considerably if the government allows another monopoly to give the old guard of cable new and extended life to continue its stranglehold on consumers. In other words, the AT&T argument is self-refuting: It’s asking for relief from market forces. The Trump administration seems more inclined to relieve the burden on consumers instead of providers. A rationale for blocking this deal that even Adam Smith would agree with.