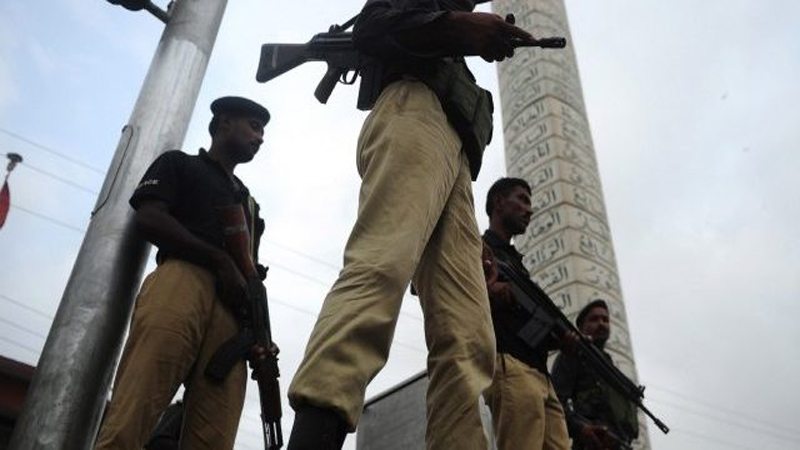 LAHORE: City police have finalised a security plan on the upcoming eve of Eid Miladun Nabi (PBUH) to provide security to the procession of 11th and 12th Rabiul Awal and there would be deputed more than fifteen thousand police officers and officials to avoid any untoward incident across the provincial metropolis.

Three-layer security would be provided to all main important processions. Those who will be deployed include highly trained snipers on rooftops of buildings located adjacent to important public places such as mosques, government installations, buildings and offices in different parts of the city.

CCPO has further said that fifteen thousand Police cops will perform their duty on the eve of Eid Miladun Nabi (PBUH). All sensitive mosques and Imambargahs have been divided into three categories A,B and C. Lahore Police will provide foolproof security arrangements to every procession of Eid Miladun Nabi (PBUH). Cops of Dolphin squad and PRU will ensure the effective patrolling around sensitive mosques and important roads of the city. He further said that law and order situation in the city is very satisfied. Police officers to Police cops are playing very vital role for the elimination of crime in the city.

He directed the divisional SPs to personally check the force deployment and patrolling of mobile squads in their respective areas. He said that he would himself make surprise inspections in order to review the security arrangements.

Amin Wains ordered that special surveillance and checking of all hotels, inns and bus and wagon stands to ward of any possibility of subversion and to ensure law and order on the occasion of Eid Miladun Nabi (PBUH). He further directed making effective arrangements to ensure smooth flow of traffic on this occasion. He informed that all entry and exit points of the city would be covered. DIG Operations Dr Haider Ashraf has said while briefing security arrangements that all officers have finalized the security plan of upcoming eve Eid Miladun Nabi (PBUH) after detailed meetings with the administrations. He added that city police would monitor all sensitive processions through CCTV cameras.