Safe toilets save lives — the state of public hygiene

To achieve Global Goal 6 of ensuring universal access to toilets by 2030, the stakeholders must join hands to bring reforms at the grass-root level

The world’s population lives in urban areas. These include towns and cities which host over 54 percent of Pakistan’s population. This figure is expected to climb up to 2/3rd by 2050. The exponential growth of the population has made it a daunting task for concerned authorities to ensure effective sanitation services.

Human beings have become urban species and many urbanites are being born in overpopulated and rapidly expanding shantytowns, which usually do not have safe private toilets and clean water sources which is alarming and intrusive. Similarly, the lack of sanitation facilities impends not only human health but the environment as well. For this purpose, tremendous efforts are being made across the world through the World Toilet Day that intends to reflect the need of effective sanitation services — an official United Nations international observance to create awareness among people through seminars, documentaries, successful case studies and campaigns on 19th November annually.

In Pakistan alone, unsatisfactory and deplorable sanitary conditions of slums, poorly built and malfunctioning latrines pose a huge risk of diseases such as cholera — an acute diarrhoeal disease, Ebola, typhoid and tuberculosis that spread due to poor sanitation. Millions of people seem to defecate into open spaces such as roads sides, railway tracks, open plots and even plastic bags are being used as flying toilets. In a similar vein, lack of adequate toilet facilities affects women privacy, becomes a cause of abasement, embarrassment and intimidation — which makes it problematic to defecate in the open. Children and women are disinclined to defecate in this manner; and stool holding can leads to constipation and other serious physiological problems. According to UNICEF, Pakistan is the third largest country after India and Indonesia where people are forced to defecate in the open and over 40 million people are deprived of safe toilets.

Every citizen has a fundamental right to have access to basic decent toilet; the facility hygienically separates people from their waste. No country can ever be well developed without proper sanitation

On the other site of the spectrum, educational institutes such as schools that have toilets are not cleaned properly at regular intervals and there is no provision of soap. The faecal contamination of hands, attire, and other clothing, makes room for transmission of numerous infectious diseases amongst children.

This lackadaisical attitude to provide this basic necessity at the school level is inhumane and harmful to the living beings. It entails considerable health and nutritional ramifications. To plan this, there is a dire need to nominate committees at the school level, which will be responsible for providing soaps and ensuring the cleanliness of bathrooms on a daily basis. Parents must heed to highlight this incumbent issue before the administration, so they can take steps pertaining to this jeopardy. 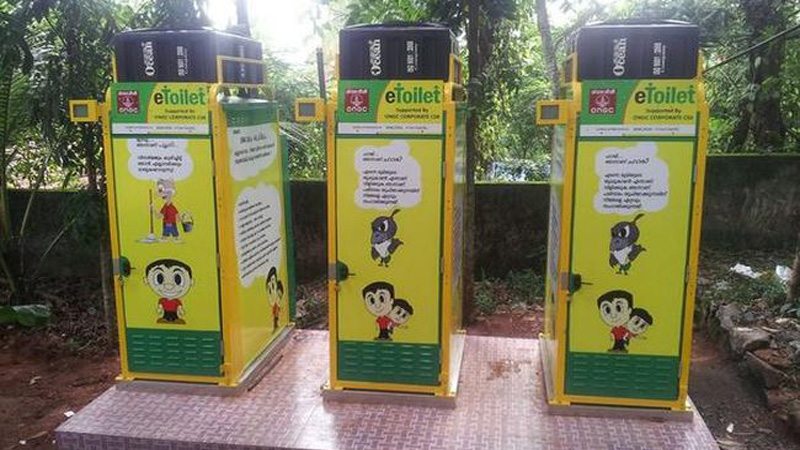 It is appalling that a country collects millions of dollars of aid annually but is unable to deliver the most fundamental necessities such as clean toilets to its people. Lahore is home to over 15 million of people devoid of appropriate or adequate public toilets and the existing ones depict abhorrent conditions due to lack of funds for maintenance. To cope with this turmoil, Pakistan must prioritise sanitation, cleanliness and repair mechanism while constructing public toilets. According to the figures of Water Aid, proper sanitation would make 1.25 billion women’s lives safer and healthier. Open defecation must be punished, and enormous efforts need to put in order to create behavioural change.

Politicians who mostly invest in visible infrastructure and turn a deaf ear to this menacing sanitation must reconsider their ambivalent policies while planning. Every citizen has a fundamental right to have basic decent toilets; something that hygienically separates people from their waste. No country can ever be well developed without proper sanitation. World Leaders acknowledge that better sanitation services are the milestone of public health. To achieve Global Goal 6, to establish toilets everywhere by 2030; the concerned stakeholders must join hands to bring reforms at the grass-root level and must not squander the nation’s resources over futile development projects.