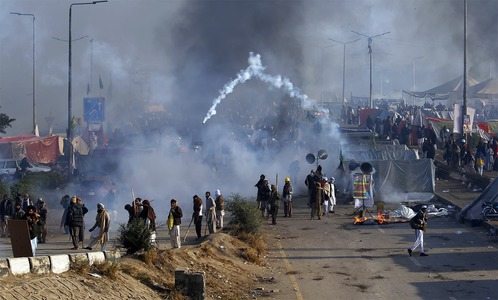 It had to end. Everyone knew it would end but could it be better than the way it actually ended?

Could the mess and chaos in Islamabad and then in Pakistan avoided?

Let us analyse the situation critically. The Pakistan Muslim League – Nawaz (PML-N) government made a minor amendment related to the issue of Khatam-e-Nabuwat and expected it to go unnoticed. For PML-N, unfortunately, the issue got highlighted and then reverted to immense pressure. In order to hide its intentions, the government foolishly presented it as a clerical error.

The question, however, remains that why was the amendment even necessary? This attempt of the government to change Khatam-e-Nabuwat declaration happened almost at the same time when the government was engaged with UN Human Rights Council’s (UNHRC) Universal Periodic Review. The government attempted to be more acceptable to the UN’s charter and therefore proudly stated in the national report submitted to the UNHRC on September 17, 2017, under the subsection of Rights of Minorities, “As an example, it may be underscored that no sentence of a lower court in blasphemy laws (which are non-discriminatory) has been upheld by the higher courts and no one has been punished under these laws.”

Moreover, The US mission to the UN in Geneva advised Pakistan in its statement on November 13, 2017, “The United States welcomes the Pakistani delegation to the UPR Working Group and recommends that Pakistan repeal blasphemy laws and restrictions and end their use against Ahmadi Muslims and others and grant the visit request of the UN Special Rapporteur on the promotion and protection of the right to freedom of opinion and expression.”

Now, PML-N had been trying to present itself in front of the western quarters as a liberal party in the country which is evident from the various statements of Nawaz Shareef. But stepping on the Khatam-e-Nabuwat issue is a landmine in the Pakistani context. 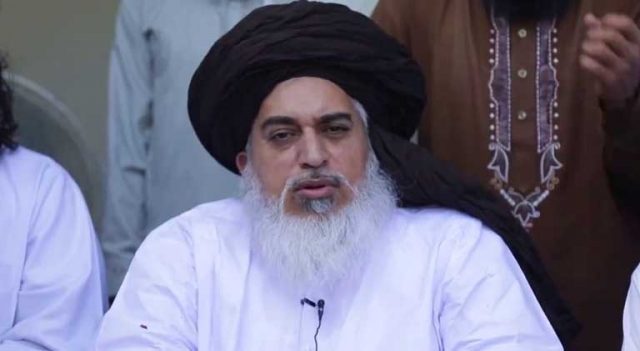 Exploiting this ‘clerical mistake’, TLY chief Khadim Hussain Rizvi, who had been a champion of Mumtaz Qadri’s post-hanging glorification and self-proclaimed “Defender of Khatam-e-Nabuwat issue”, saw a golden opportunity to rally his newly established political party against the government so that he could build his credentials in front of the masses for the next elections as well as consolidate his position amongst the religious circles as a man who is brave and bold enough to defend the issue of Khatam-e-Nabuwat.

Could he have done that without the consent of the establishment? Could he park himself and his dharna in front of ISI Headquarters in Faizabad? The constant slogans in support of Pakistan Army by dharna leaders hold a significant answer to this question. But why would the military establishment do that? The is an ongoing visible rift between PML-N and this dharna presented yet another opportunity to push the political elite to give up more ruling decisions in favor of the military elite.

One interesting aspect was the absence of other religious groups’ direct participation in the dharna. Why? Firstly, Khadim Hussain Rizvi is a Barelvi hardliner with a significant sectarian bent. He has claimed in his various speeches that he does not want Deobandis, Ahl-e-Hadith, Jamat-e-Islami members and the Shias in his cause. He calls upon only the Sunnis and had been pushing to mobilise the Peers of Punjab and elsewhere. Just because of the sectarian positioning of this issue deliberately by Khadim Hussain Rizvi, the other groups avoided joining him officially, even though individuals from other religious organisations were actively present in the dharna.

Secondly, other religious groups deemed it enough that the amendment had been retaken thus making it clear that there was no need for any further politics over it. They were also involved in this amendment, therefore, they wanted to save their own faces. They sided with PML-N by not going out on the streets and distanced themselves because of the sensitivity of this issue.

As far as PTI is concerned, they could have joined the bandwagon with TLY and would have given enough tough time to the government that it would have probably collapsed thus paving way for early elections. But it did not. One reason could be that PTI did not want to frame itself in front of the western world as a party that supports religious fanaticism against the minority Ahmadi community. Secondly, elections require preparation and early elections would not be good for anyone and not letting the PML-N government complete their tenure would give PML-N an advantage over the other parties.

The judiciary wanted to flex its muscles here as well to display their independence. They were not so vocal when the PTI dharna or the Tahirul Qadri dharna took place. Why? Maybe the establishment wanted another round of pressure on PML-N.

The question people have been asking is: Why did not PML-N give into the demand for Zahid Hamid’s resignation and why did they handle it so badly? The answer is not that simple. 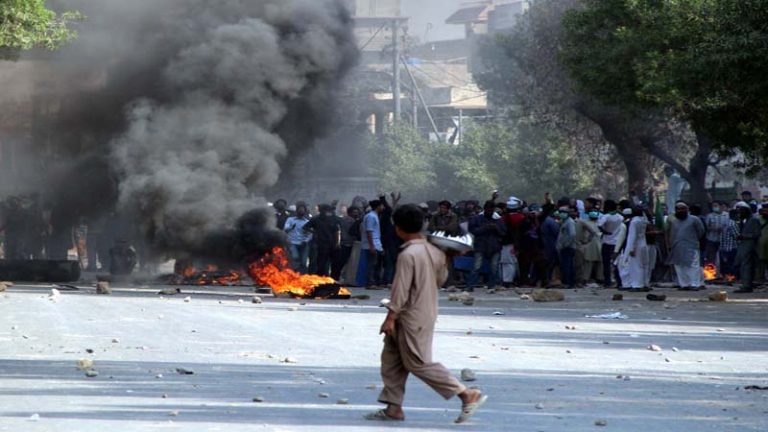 Let us put ourselves in the shoes of PML-N. You have a western world that is keenly looking at your credentials. You have your team who actually made the amendment on your behalf. You have an establishment who is pushing a religious group in the centre on a very sensitive topic which can cost you votes from religious groups. You have a judiciary that is actively pushing you to use force. You have some very scary demands from the religious zealots present in Islamabad, most of who glorify Mumtaz Qadri.

What do you do?

So what do you do now? You weigh your options.

Plan A was too risky to go through so PML-N embarked upon Plan B. The establishment understood the PML-N plan and backed off from doing the dirty work saying, “We will not use force against our own people”. Therefore PML-N was pressurised into accepting the demands. 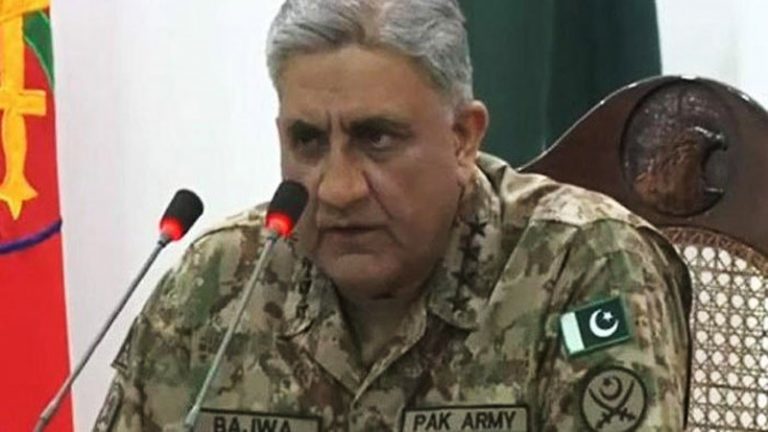 The PML-N came out victorious as far as the UN and US requirements are concerned and now they safely say that they were pushed by the establishment to accept demands. The consequence is that a lot of votes from the religious groups were pushed into the ground but the speeches of Captain (r) Safdar and Shehbaz Sharif might have saved some of those votes.

The TLY came out victorious in front of the people and for the next election campaign.

The establishment saved its face in front of the general masses and was able to weaken the PML-N in Pakistan but did not quite trap the PML-N as they wanted.

Nonetheless, the dharna is over but the establishment proved once again that it is they who pull most of the strings in the country while the politicians keep trying to break some of them.