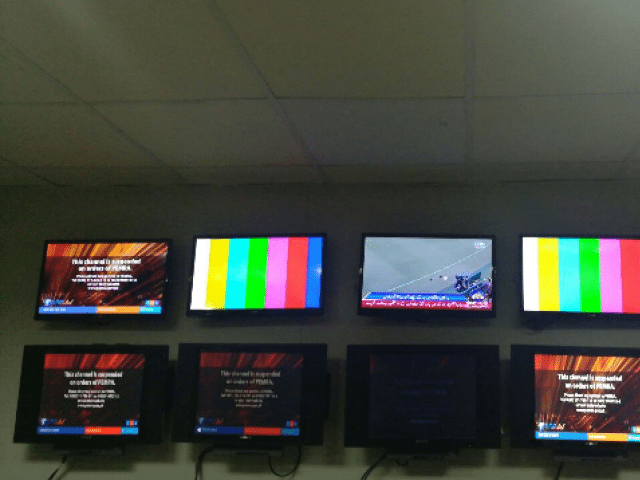 LAHORE: The Pakistan Electronic Media  Regulatory Authority (PEMRA) has suspended transmission of all the TV channels.

Earlier, the media watch-dog had also barred media from live coverage of government’s crackdown against protesters of religious groups.

Talking to Daily Times, PEMRA sources said the federal government can issue a policy directive to PEMRA under Section 5 of PEMRA Ordinance and the media watchdog is bound to follow it.

A statement issued later on Saturday advised TV channels to exhibit utmost sensitivity regarding the matter and refrain from live coverage. 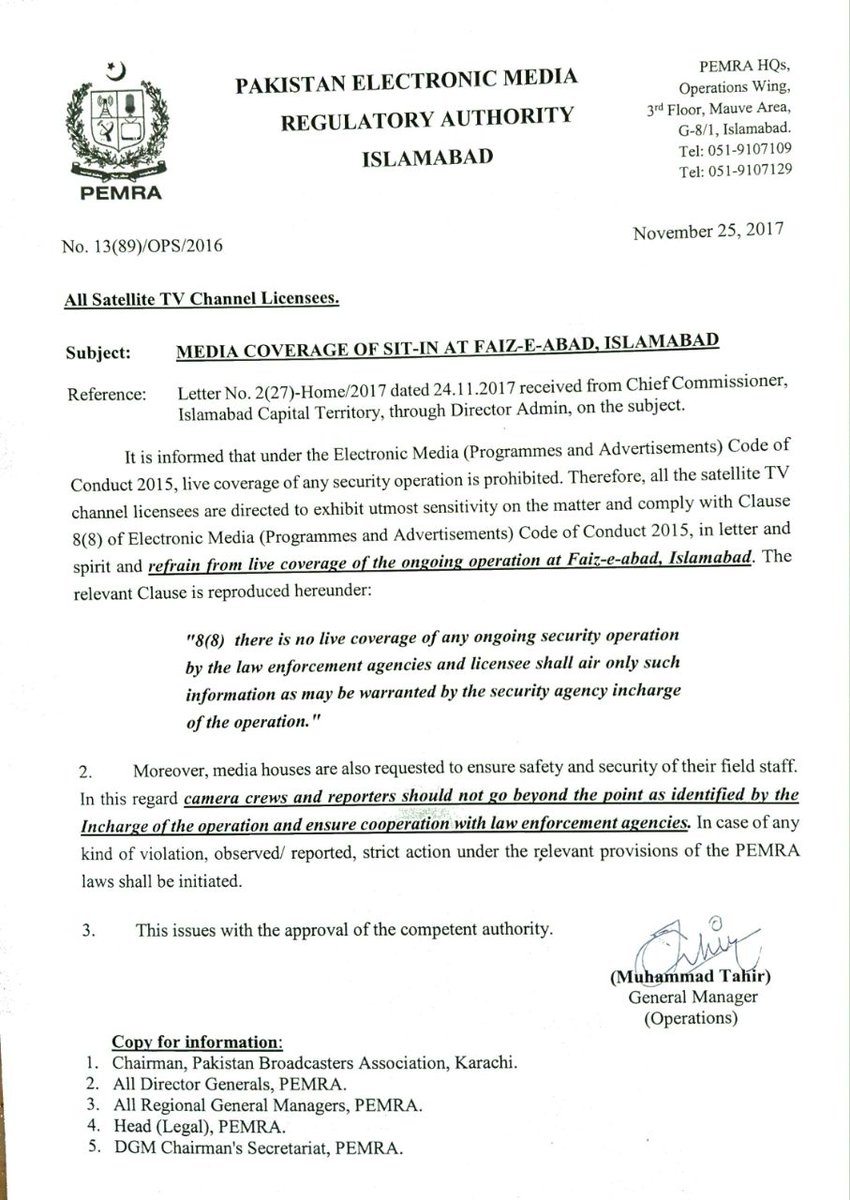 Demonstrators have taken to the streets in major cities around the country on Saturday to protest massive crackdown by security forces in Islamabad to disperse the protestors who had staged the sit-in for weeks.