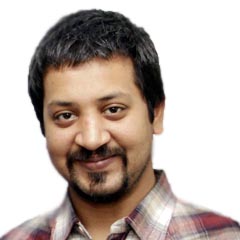 PML-N’s way of governing is dangerous

Apparently believing in the notion of ‘might is right’, the government of Pakistan Muslim League-Nawaz (PML-N) continues to put itself in harm’s way by running the affairs of the country with what some term a ‘dictatorial mindset’.

Surrounded by multiple crises – political, administrative and constitutional – the party leadership apparently believes it can wade through this sea of vapours using the traditional style of government. This might be the very reason the government is taking on the army, judiciary, political opponents as well as the protesting public at the same time.

However, in that process, the rulers seem to have not considered the changing dynamics of the system over the past decade: institutions are more powerful than ever before, the people are more aware of their rights than they were 10-15 years ago, and of course the tech-savvy media is there to record, highlight, analyse and assess everything happening not just in the country but around the globe in a matter of minutes, if not seconds.

Criticism of the judiciary – or its verdict, as the rulers say – in the aftermath of Panama gate continues to date, while the conduct of past military rulers is being dragged into every ‘adverse’ situation confronting the incumbent civilian government, just to ‘prove’ PML-N’s so-called victimisation. On the other hand, the ruling party continues to push the country towards a grave constitutional crisis.

In the latest step towards that direction, the government and its allies rejected a bill 163 to 98 that was tabled by Pakistan People’s Party (PPP) in the National Assembly  and sought prohibiting a disqualified person from heading a political party, jeopardising its Constitutional Amendment Bill, 2017, which is yet to be passed by the Upper House of parliament.

Citing the dangerous precedent set by the PML-N government itself, some leaders of the protesting extremist parties have reportedly been asking why should they comply with court orders when the government itself was not doing so

“No force can remove the love of Nawaz Sharif from people’s heart, as he was the people’s leader in the past and continues to be today as well,” said Maryam Nawaz after the rejection of the bill in the Lower House. Repeating her father’s words, she said it was “impossible to ‘minus’ an ideology”, and added that ‘conspiracies’ against democracy were constantly being thwarted for the first time in Pakistan’s history.

Earlier, there were rumours that the opposition, especially the PPP, had demanded the ruling party’s support on the ‘anti-Nawaz’ bill in the NA as a prerequisite for its support on the Constitutional Amendment Bill, 2017 in Senate. The bill – which needs to be passed to avoid delay in the upcoming general election – was supposed to get the nod last Friday, but lack of quorum in two consecutive meetings of the House was blamed for the delay. Opposition leaders in the Senate have been claiming at various instances that their party leadership had not been taken into confidence on the matter. But it is an open secret that leadership of the PML-N and the PPP are not on talking terms with each other. In this scenario, if the rumours of the ‘deal’ were true, the rejection of the PPP’s bill in NA means the foundation of a constitutional crisis has been laid. The ruling party now needs to start a fresh dialogue with the opposition, especially the PPP and its ‘close allies’, in order to get the Upper House’s nod on the amendment bill, which is highly unlikely, considering the ever-widening gap between the two parties.

Meanwhile, outside parliament, government remained unable to tackle the situation building up at the Faizabad Interchange and the protesters from an extremist group have been able to continue their sit-in. Despite apparent attempts by the government to negotiate with the protesting religious parties’ members and find a way out of this ‘madness’, the deadlock in talks persists even 16 days after the protest. Islamabad High Court also directed the government to get the area vacated, and on Monday issued show cause notices to the capital administration for contempt of court proceedings upon their failure to end the sit-in despite the court’s orders. The government’s inability in the matter prompted the Supreme Court to take notice of the situation. Hearing a case, the SC directed the government to submit a detailed report on the steps taken so far for ensuring the freedom of movement until Thursday. “Article 15 of the constitution guarantees freedom of movement to the public at large,” Justice Qazi Faez Isa said.

However, citing the dangerous precedent set by the PML-N government itself, some leaders of the protesting parties have reportedly been asking why they should comply with the court orders when the government itself was not accepting its verdicts. The protesters have been demanding the resignation of Law Minister Zahid Hamid for amending the oath of finality of prophet hood. Taking a plea that the amendments have already been restored to their original form, the PML-N is refusing to ‘sacrifice’ its minister at the expense of stability in the twin cities. How the government plans to counter the situation is yet to be seen, but it is being said that the protesters will not go down without putting up a fight.