While weighing citizenship on religious scales remains a major hurdle to evolving a unified nationalism with an origin in geography and civilisation which evolved over centuries, the 18th Constitutional Amendment has put seal on the state’s fate by transforming Pakistan into an ethnic federation. This was done by renaming NWFP as Khyber Pakhtunkhwa and granting unprecedented but unconditional autonomy to the federating units.

While we find a way out of ethnic and sectarian terrorism, we have yet to recognise the ‘logical errors’ in our constitutional framework that give space to anti-nationalist forces. The security problem, of course, will not be resolved by adding more weaponry to our arsenals but adopting the right paradigm to this end — the Constitution.

Without granting citizenship to the people, regardless of their castes and creeds, it is hard to imagine peace and, consequently, inclusive economic growth. And it does not require much brain power to understand why the Quaid was so emphatic on stemming wild passions originating in religion and ethnicity when he spelled out guidelines to the 1st Constitutional Assembly vis-à-vis formulating the Constitution of Pakistan.

Ignoring Quaid’s vision of citizenship has already cost us half of Pakistan. What remains is exceedingly difficult to keep intact despite the fact that we have the sixth largest army in the world. This has happened because instead of discouraging and checking the dark forces which the Quaid warned us about, we have patronised them. Now those forces have become an existential threat to our very existence.

Without granting citizenship to the people, regardless of their castes and creeds, it is hard to imagine peace and, consequently, inclusive economic growth

Instead of formulating a constitution as per the enlightened vision of the Quaid, we have wasted our time and resources in testing abstract theories. What is most disconcerting is that the forces that derailed the nation are still active, and quite shamefully, remain assertive as Pakistan sinks deeper into chaos and anarchy. It is not simply the state which is at risk, but social cohesion as well. It is not war that threatens our survival, but anarchy.

The country’s political leadership lacks the moral authority to call a spade a spade because it is morally bankrupt and lacks the ability to overcome its shortcomings. It has become a tool in the hands of the very forces systematically pushing the agenda of our enemies. Rivers sold, ecosystems destroyed, and social bonds shaken, how we can seek stability and order but by reviving national spirit? There is no other way to do it but reconsidering the concept of citizenship that our beloved Quaid spelled for us. Our civilisation roots confirm the viability of his vision. 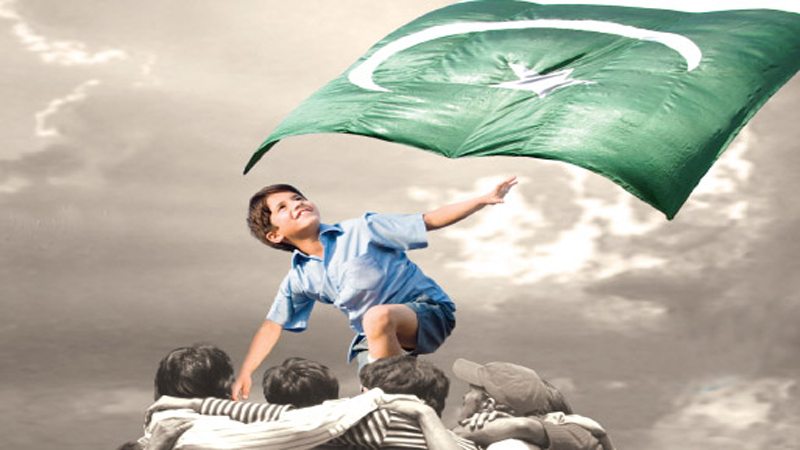 Pakistan remains divided in the name of religion and ethnicity. Lacking cohesion and losing its indigenously evolved vision of ‘unity in diversity’. It continues to blindly grope for ways to fend off terrorists using sectarianism and ethnicity as their shield.

Even the religious character of the Constitution and provincial autonomy, so carelessly forged, has failed to pacify these misguided souls. The autonomous provinces have become a burden on themselves. Since the passage of that fateful legislation, the federation lacks the will and the means to keep them on the right path.

To move forward actually means going back to where we lost the vision Quaid had created for us through the framing of the Constitution of the State. He assigned the legislature a task, which has yet to be completed. It is not something that will be done by the so called political leadership; the Constitution would have been stripped of the logical errors when it was being revised, para-wise, for the 18th Amendment.

Lacking democracy in their own decision-making structures, the political parties have delivered yet another lost decade to Pakistan — the taxation system remains regressive, the spirit of devolution is dead and the economy doomed for the simple reason that the health of revenues remains entirely dependent on energy and kitchen products!

The existing Constitution, even after its reformation, does not ensure national integrity. The more it is practiced the more we will lose the fundamentals of social cohesion. And we have no time to conduct more experiments. Simply grant the people sovereignty over themselves and send the clergy back to the shrines and seminaries where they belong. The currently evolving strategic scenario will spell more dangers if we let this ‘elitist democracy’ take its course any further. How is this to be done? The solution is not too complex, we simply have to review the decisions we made after the Army Public School massacre. Reviewing logical errors in constitutional matters is necessary to effectively implement the National Action Plan!

The writer is Islamabad-based columnist reads in signs and narratives. He can be reached at riaz.missen@gmail.com