Strategy for the security of Pakistan Railways

Pakistan Railways need to be secured to the hilt! 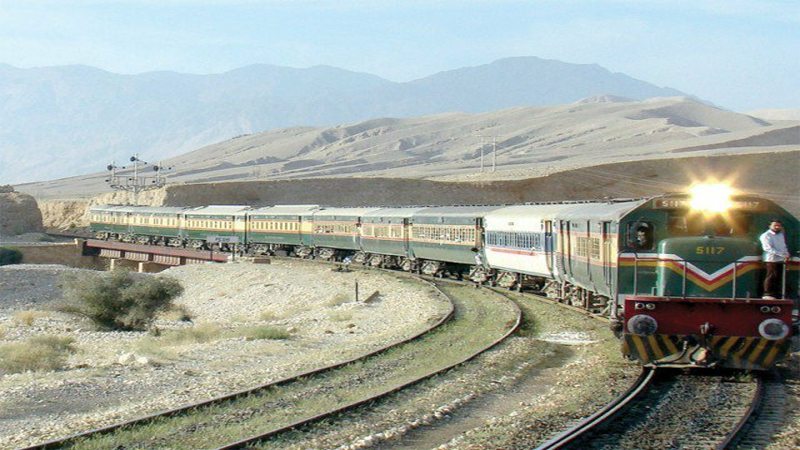 According to reports in the media a couple of weeks ago; terrorists attempted to blow up the Akbar train which travels from Quetta to Lahore. Six passengers were injured. Although it was a comparatively small incident, it is serious enough to warrant elaborate pre-emptive measures. The Pakistan railways need to be secured to the hilt!

During the last decade, 50.3 percent of terrorist attacks on railway systems occurred in ten developing countries with India, Turkey, Thailand and Pakistan leading the list. Though Pakistan faced a number of minor attacks on its railways, it has been lucky enough to escape any major incidents. High profile terrorist attacks on rail systems in Madrid, London and Mumbai gave strong indicators of impending danger on Pakistani railway systems in all provinces. After the launch of Zarb-e-Azb, blowback was expected in the form of terrorist attacks on vulnerable places in urban centres. The provinces of Sindh and Balochistan faced heterogeneous threats from different terrorist groups and saboteurs, and are the worst hit by terrorism today.

Trains and railway stations are highly vulnerable targets world wide given the large number of passengers passing through them. Thus making them a preferred target for terrorists looking for a high body count

Trains and railway stations are highly vulnerable targets world wide as the high number of passengers makes them a preferred target for terrorists looking for a high body count. A couple of months ago the Centre for Peace and Security Studies (CPSS) at Punjab University unveiled a comprehensive strategy to secure Pakistan’s railways against terrorism and sab otage. The research team took one year to collect data from across Pakistan and to finalise the strategy. The Inspector General of Police Railways extended full logistic and data support to the research team. The Federal Minister for Railways also showed interest in it. They showed eagerness to overcome the inadequacies in the security systems of Pakistan Railways to ensures safety and security of the trains and railway stations.

The threats and vulnerabilities of Pakistan Railways include openness and accessibility, vastness of infrastructure, high volume of passengers, encroachment on railway land, lack of resources and lack of coordination of the railways police with district police and other agencies.  Pakistan Railways Police is chronically underfunded, understaffed and undertrained to counter the looming threat of sabotage and terrorism. It needs better trained manpower, better equipment and better coordination with other intelligence agencies and Law Enforcement agencies (LEAs).

The CPSS strategy has defined four main goals for security against terrorism. First, to develop the counter terrorism capabilities of the Railways police; secondly, to fortify railway stations with fences, fortified entry points and CCTV cameras; thirdly develop intelligence systems and coordination with agencies and LEAs; fourth, to enhance rapid reaction and resilience capabilities. These goals can be achieved with incremental implementation of several measures and steps recommended in the strategy.

A few salient recommendations given in the strategy are as follows; the Railway police must be overhauled and revamped to bring it out of crime control mode and to train it for counter terrorism in addition to crime control duties; at least 5000 more personnel should be inducted to bulwark railway’s defence and security against heterogeneous threats. They must be trained and made to undergo refresher courses to whet their skills.

Intelligence is the key to counter terrorist attacks. A separate unit within the Railways Police should be developed for this purpose. This unit should focus on having foreknowledge of terrorist threats and plans. For this purpose it must have an institutionalised coordination with the Intelligence Bureau (IB), ISI, Special Branches and Counter Terrorism Departments (CTDs). These intelligence agencies should continuously and proactively share relevant and doable intelligence with the railways intelligence unit.

There is a need to intensify track patrolling especially in sabotage prone areas like Balochistan. Security against sabotage of rail tracks at sensitive areas should comprise physical barriers, surveillance, alarms that alert operators to tampering and inspection. Drones can be used for periodic checking of train routes especially in sensitive areas to locate any damage to tracks beforehand.

Effective access control ensures 80 percent security against terrorist attack on the premises therefore strong but sophisticated control should be ensured at the entrances of railway stations. CCTV systems are essential for monitoring the railway stations, trains, bridges, tunnels and restricted areas. Increased video surveillance can act as a robust pre-emptive muscle for the railways police. Railways police should develop its canine unit so that well-trained sniffer dogs are readily available to carry out search-sweeping of the railway stations and trains to detect explosives and weapons.

In addition to these measures public awareness programs must be introduced to train and encourage passengers to report suspicious activity. Boards and signs should be displayed within railway station premises to sensitise and educate passengers about probable dangers so that they could play proactive role in identifying suspicious activity.

The strategy formulated by CPSS, with the support of Railways Police, is quite comprehensive but it can deliver only if it is properly implemented. The strategy therefore suggests a Monitoring and Evaluation Committee to monitor and review the progress of goals and key performance indicators. The control room of this Committee should be ideally established at the office of the Federal Minister Railways so that all stakeholders remain on their toes to implement the strategy in letter and spirit for sake of the security of the public and the infrastructure, as envisaged in its Mission Statement which states, “ To carry out deliberate, planned and sustained efforts to secure the tracks, trains and railway stations from terrorist attacks in order to provide safe and secure travelling to the passengers.”