Speculations ahead of next general elections

With a general election on the horizon like many other mainstream political parties, the Baloch nationalist groups as such BNP-Mengal, BNP-Awami and National Party are also scaling up their pre-poll campaigns. The parliamentarian politics in Balochistan remains submissive for the powers that be available for anyone who would be willing to get the best bargains with the establishment. It is the only province where the public mandates in the elections are seldom acknowledged, but instead the power of decision making lies elsewhere, who should they decide to ascend to the throne and whom they should not.

It is because of that reason like many others the Baloch political leaders who believe in parliamentarian politics also scramble for power with the military establishment. Without which they understand their political glory would quietly fade into political oblivion. And the political leaders particularly in Balochistan are driven by the belief that nothing will come of the public mandates alone until they garner support from the establishment.

The political scene in Balochistan has always been unpredictable and far too sceptical, as the general elections are monopolised and the politics is held hostage by the establishment. Every now and then the powers there come up with new surprises by veering off their favours towards another political force and changing their protégés.

The Baloch political parties spare no efforts and vie for support from the establishment.

In the indoctrinated political culture of Balochistan, the way to become an electable candidate includes using the huge sums of money for pre-poll rigging to wield political influence. At the behest of the establishment once the political leaders come to the throne they become involved in corruption, serving the vested interests of a dominating class, doling out jobs for a few sycophants and flatterers. The genuinely hardworking and committed political workers in the meanwhile are used only for chanting slogans and putting up posters and banners in the streets. It is a designed and deliberate attempt by the establishment to distance the Baloch political leadership from the politics of ideology and commitment.

In the indoctrinated political culture of Balochistan, the recipe to become an electable candidate includes using huge sums of money for pre-poll rigging to wield political influence

The lack of democratic exercise in the political parties implies no genuine and dedicated leadership from within the party could emerge and elevate to higher positions in the party. Hence, the truly Baloch educated and the intellectual class do not participate in such corrupt political process in Balochistan nor they willing to cast their votes for any political party. 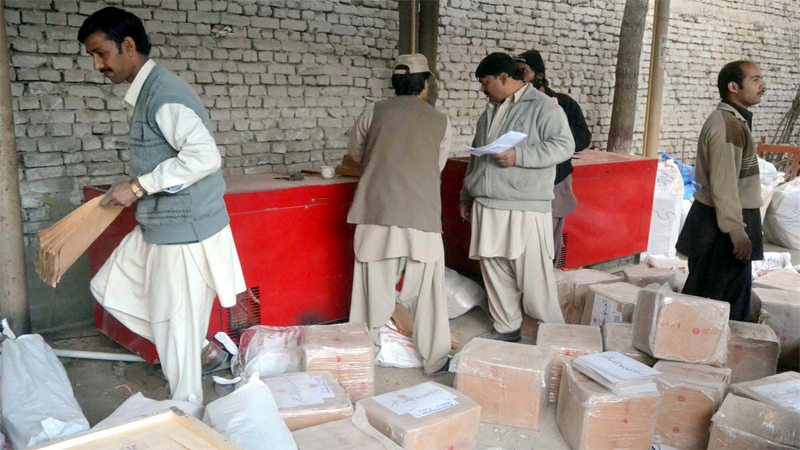 The voters are mostly illiterate and ignorant people who are pre-occupied with their petty political interests, and seldom get involved in ideological debate or to vote for relatively proactive, honest and well-educated candidates. The beneficiaries within the parties woo the commoners for votes on promises of jobs while they themselves get all kinds of individual-based benefits from the representatives once elected and ignore the other common voters. The leaders propagate their political slogans and promises to that masses who are gullible enough to fall for the political farce.

Currently, among the Baloch political parties BNP-M, BNP-Awami and National Party are at top of the race for the next general elections in Balochistan.

BNP-Awami — which is mainly based in Makran division was created by the establishment about a decade and half ago — was in power for 15 years. After serving the puppeteers, BNP-Awami too has gradually come under the axe of the establishment who seems to have washed it’s hands off further support for this party. But the vote banks of BNP-Awami particularly in district Kech of Balochistan on PB-48 Kech seat still look intact, which will give a tough time to an establishment-backed candidate of a nationalist party in the general elections next year.

Opposing BNP-Mengal and BNP-Awami the establishment is much happier with another nationalist force which it has pushed to power in the 2013 elections as they also enjoyed a two and half year position as the Chief Minister in Balochistan.

Yet, to continue the status quo, the establishment may not switch off its supports for the same protégés in the 2018 elections either. Hasil Khan Bizenjo the head of the party (National Party) and minister for ports and shipping, still does not have a constituency of his own. He will presumably adjust himself in one of the Makran based seats to contest the election in next year.

Though one may acknowledge, as compared to BNP-Awami being in power for fifteen years, the National Party during its two and a half year tenure was more focused on development works but only in the constituency where the former CM Dr Malik Baloch belongs, while in rest of the province all it proved to be merely tall claims while the progress on ground was at a standstill.

No doubt, in the perspective of the Baloch national interests both the National Party and BNP-Awami are equally to blame which despite being in power did not resolve even the minor issues of the common Baloch masses.

National Party did the same only to serve their protégées and meet personal political gains in the same way it’s arch rival BNP-Awami ascended to the throne for fifteen years. Meanwhile one may scoff at seeing the socio-political and economic conditions of the Baloch folks, it still looks as it looked some one hundred years ago. As it is, the people live in abject poverty with no access to schools, hospitals, or clean drinking water in Balochistan.

On the other hand, the military establishment dislikes BNP-Mengal. Akhtar Mengal’s hard-hitting remarks have been causing ripples of discontent in certain quarters. While casting a glance at Akhtar Mengal’s party when it was in power it’s performance too like National Party and BNP-Awami goes nowhere that people should recount it in good names. As compared to Hasil Bezenjo’s party the BNP-Mangal’s organisational structure is so weak that it still doesn’t have an effective district-based leadership.

However, going at par with the Pakistani power politics Akhtar Mengal’s party now seems to have realised that showing show flexibility in its stance and willing to become conciliatory with Islamabad ahead to next year general elections. For this the former senator and prominent leader Sana Baloch of BNP-M may placate a situation to water down the strife between the establishment and his party. Like many other political parties BNP-M also understands that the only road to cling to power passes through the establishment, for which it chooses to be soft & flexible is to boost it’s electoral and political prospects for days to come.

Now there swirls speculation that in the next general elections in Balochistan BNP-Mengal much has been said of forging seat adjustments with BNP-Awami and JUI against its arch-rival National Party. If that be the case, the National Party despite having understating nods with the establishment hardly wins a few seats in the next year.

BNP-M and BNP-Awami are furious critics of Hasil Bezenjo’s party. And the National Party also has much been criticised by the public for its paradoxical policy towards the Baloch national issues.

The bad luck of Baloch national politics is that the Baloch political leaderships have always been at loggerheads with each other. All the focus on public issues has been lost in the haze of politics of personal revenge and grudges. It is clear the Baloch nationalists have not learned any lessons from the past. Instead of welcoming the establishment to bring them to power they should steer towards a better policy of approach for the larger interests of the common Baloch people.

The writer is freelance writer and blogger, can be reached at masoodhameed916@gmail.com