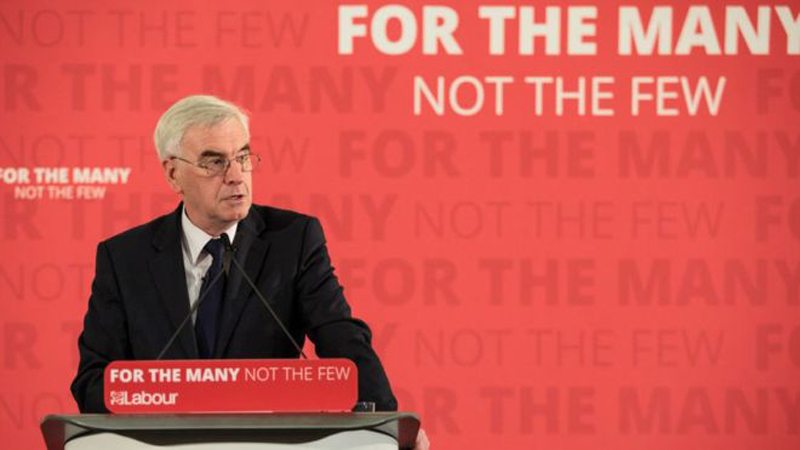 Today’s speech from the shadow chancellor has drawn a neat red line between Labour and the Tories. John McDonnell has said tax increases for the wealthy and for businesses should be used to support extra spending in health, education and the police.

“It’s a message from the front line of public services, the government’s got to act,” he told me. Labour would also borrow more to fund new house building. The government believes that its own big offers on housing and – I am told by those in Whitehall – health will persuade voters that infrastructure and public services are safe in Conservative hands.

The problem for the Chancellor is how he proposes to pay for it. And that will only become clear when he stands up in the House of Commons to deliver the Budget on Wednesday. Cabinet colleagues are clear. There is little to no stomach for tax increases – just look at the reaction to the proposal to increase taxes for the self-employed, announced in the last Budget in March. Mr Hammond had to abandon it a week later.

Now, the Chancellor is being pushed towards more borrowing as the best route forward, with interest rates at historic lows and the deficit (the difference between what a government receives in taxes and what it spends) below 3%.Which is perfectly manageable, according to many economists. Mr Hammond is no fan of increased borrowing. But he is under hefty political pressure to loosen the constraints of his fiscal rule to bring the deficit below 2% by 2020-21 and eliminate it entirely (balancing the books) by 2025.