The curious case of a death row convict

There is no doubt that the death penalty is barbaric and a medieval era punishment which is carried out in most parts of the world through different methods. In Pakistan in the wake of Peshawar massacre the death penalty was reinstated in order to combat terrorism. The incumbent government in consultation with all stakeholders decided to reinstate the death penalty and lifted 8-year-long moratorium placed in 2008 by the PPP led coalition government.

Since 2014 about 473 death row convicts have been executed and most of them were convicted of single murder or ordinary criminal offences. It is not out of place to mention that the government reinstated it with the intention of reducing terrorism and carrying it out only people convicted of terrorism. However, this plan of the incumbent government has miserably failed.

There are most 8,000 death row prisoners across Pakistan in its violently notorious prisons including the juveniles. In previous years, Pakistan was prepared to carry out the death penalty on vulnerable prisoners for instance, Abdul Basit who was detained in Faisalabad Central Jail. Basit was disabled and had no propensity even to stand on his own feet.

Moreover, there was a chance of Muhammad Iqbal alias Bali who was a juvenile at the commission of an offence for which he was sentenced to death. M Iqbal was going to be hanged in July. M Iqbal’s second mercy petition is pending adjudication in the President office of Pakistan which was filed by virtue of Article 45 of the Constitution 1973 read along with Rule 104 of Pakistan Prison Rules 1978. It was an admitted fact that Muhammad Iqbal was a juvenile at the time of alleged offence for which he sentenced to death in accordance with his school leaving certificate and birth certificate issued by the Union Council. It is appropriate to mention that his trial was concluded two years prior to the promulgation of Juvenile Justice System Ordinance 2000 (JJSO) which prohibited the execution of juveniles. JJSO section 12 prohibits the sentencing to death of any person who was under 18 at the time of his/her alleged offence.

While hearing a petition from death row inmates last week, the Supreme Court bench enunciated that the courts tend to pay heed to false and fabricated statements and evidence which ultimately disturbs the final decision of the court

As stated above, Muhammad Iqbal’s trial was concluded two years prior to promulgation of JJSO, but the point to be noted is when the trial of Muhammad Iqbal was in progress-Pakistan was a party to UN’s Convention on the Rights of the Child (CRC) and International Convention on Civil and Political Rights (ICCPR). CRC and ICCPR prohibited awarding of the death sentence to juveniles and ensuring equality to children eradicating all forms of torture and discrimination. It is therefore s admitted that awarding a death sentence to Muhammad Iqbal, who was a juvenile was unfair and arbitrary.

Another point to be considered is that following the promulgation of JJSO 2000 the then President of Pakistan issued a Notification No F.8/41/2001-Ptns granting remission in death sentence to those whose death sentence had been confirmed prior to the enactment of JJSO 2000 subject to inquiry into their juvenility. Thus, it is fair to say that Muhammad Iqbal’s death sentence and execution are in violation of Pakistan’s international obligations under the CRC and the ICCPR and domestic law. The introduction of 18th amendment Article 270 AA of the Constitution of Pakistan has given protection to acts and notifications passed or introduced during former President Pervez Musharraf’s era. 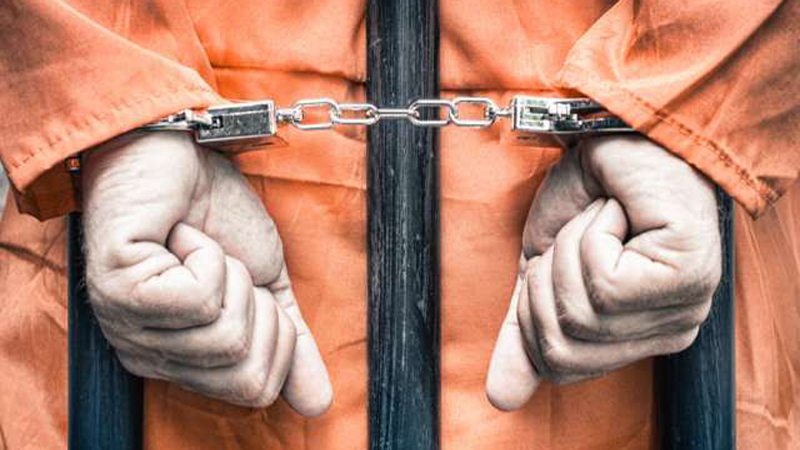 The execution of Muhammad Iqbal could also be stayed on humanitarian grounds that the death penalty is a medieval times barbaric punishment which has no space in the modern era. Pakistan reinstated the death penalty in the wake of Peshawar Massacre in 2014, wherein 140 innocent school children were gunned down. Since 2014, the ratio of heinous crimes or terror related activities has not decreased or been controlled in Pakistan. Therefore, it is admitted that sending people to the gallows is not a solution to Pakistan’s social menaces. The recent bomb blast in Lahore is an excellent example in support of my argument. The death penalty robs life and there is no decrease in the crime rate in Pakistan and in countries that still practice it.

Keeping the death sentence in the Criminal Justice of Pakistan does not deter terrorism in Pakistan at all. Moreover, the Supreme Court bench while hearing a petition of death row inmates enunciated that the courts tend to pay heed even to false and fabricated statements and evidence which ultimately disturbs the final decision of the court.

On the basis of this wisdom it is fair to say that false and fabricated evidence might have provided false ocular evidence by eye witnesses in Muhammad Iqbal’s trial that had made the trial court to sentence death to him. Moving on, it is pertinent to state that the leading nations of the world have already abolished capital punishment in law or placed moratorium on it for all sorts of offences.

The majority of states in the US have abolished it as well and the remaining states slowly and steadily are moving towards a point where the general public will stop supporting it. The international community has often asked the government of Pakistan to place a moratorium on the death sentence as it breaches human dignity as well as being the most barbaric punishment, which, in the modern era, lacks support.

Another case is of Kanizan Bibi who has been suffering in jail since 2001 and is completely incapacitated. Moreover, Saleem Ahmed is about 63 years old and allegedly convicted of murdering his sister in 2001. He is also claimed to be incapacitated and set to be hanged on 7th of this month but his death warrants were stayed. Most death row convicts are vulnerable and from poor background. Most recently the Indian Supreme Court in one of its landmark judgments opined that the trial and appellant courts must consider the socio economic factors of the person standing trial before deciding the death penalty as a punishment.

The writer is an advocate based in Lahore, he can be reach at greenlaw123@hotmail.com