Old friends and brethren states have disavowed each other; archrivals are rolling out red carpets for each other; and ideological alliances are giving way to alliances formed on the basis of balancing the scales of power. It is true that there are no permanent friends or foes in international relations and that states pursue alliances and seek cooperation only on matters vital to their interests

The geo-political landscape, nature of alliances and strategic realities are transforming so swiftly that if Thomas Hobbes were to explain it as a modern political scientist, he would have, without the shadow of a doubt, reiterated vociferously what he had said more than four hundred years ago: Bellum omnium contra omnes, a Latin phrase meaning ‘war of all against all’. From Asia Pacific to Middle East and from South Asia to Euro-Atlantic, nation-states are galloping towards tectonic re-alignment of alliances in face of emerging patterns of Geo-politics. Old friends and brethren states have disavowed each other; archrivals are rolling out red carpets for each other; and ideological alliances are giving way to alliances formed on basis of balancing the scales power. It is true that there are no permanent friends or foes in international relations and that states pursue alliances and seek cooperation only on the matters vital to their interests. Yet the pace of re-alignment of alliances and the scale on which it is transpiring has indubitably shook the very roots of the geo-political chessboard.

The most fertile ground for realpolitik and a magnet for regional and global rivalries characterised by proxy games, Middle East manifest the re-structuring of power paradigm in the most glaring way. In the wake of Kurds national movement, trounce of ISIS, ascend of Muhammad bin Salman to the pinnacle of Saudi power corridors, fractures in GCC, shift to post-oil era, and Iran’s growing influence, nation-states in Middle East are seeking to re-shuffle alliances to adopt to the changing realities. The Sunni Turkey and Shia Iran are joining hands to curb the national movement of Kurds. Qatar, which was once the darling of GCC, has joined this new bloc in the aftermath of its diplomatic row with Saudi. Moreover, the Islamist Erdogan has shunned the notion of a moderate Islam of Muhammad Bin Salman (MBS) which he envisaged for Saudi in his recent statement, thus sowing the seed of contention between both the countries.

In world politics, today’s enemies frequently become tommorow’s allies. The Mujahedeen of Afghanistan were once armed by the US to fight against the USSR. Now they are being supported by Russia against the US. The Kremlin has advocated for integration of the Taliban into the Afghan government. CIA reports claim that Russia is colluding with the Afghan Taliban to undermine US interests

The ambitious “Vision 2030” of the Crown Prince MBS prepares Saudi Arabia for the post oil era with the futuristic NEOM city being its flagship project. More than $500 billion have been appropriated for the project, the success of which hinges on establishment of diplomatic relations with Israel. There had been much speculation about intelligence sharing between Tel Aviv and Riyadh but the emerging security dilemmas, geo-economic realities and convergence of interests might set the stage for initiation of formal diplomatic ties between the two countries — a prognostication growing stronger with the pace of events.

Elsewhere, in Europe, the decline of US influence coupled with the emergence of German power as a stronghold of European values is transforming the decades old power paradigm. Germany under Angelina Merkel has emerged as the vanguard of European ideals. China is striving to fill those gaps but its reputation in human rights, lack of democracy and freedom of speech is not appealing much to the Western world. As far as the separatist movement in Spain, referendum for greater autonomy in Italy, and rise of right-wing politics are concerned, they have been brought under control for the time being but they will have an overarching impact on European politics: the feral tides of nationalism have returned to the shores of Europe. It was these tides that triggered the two great wars in Europe and claimed millions of lives. 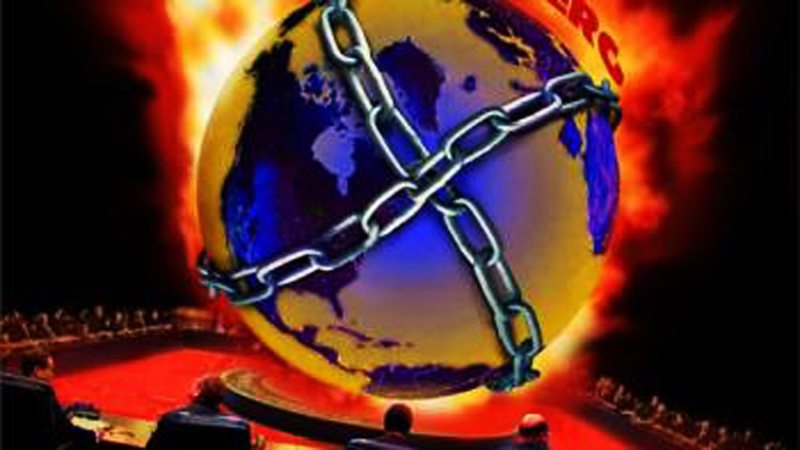 The change in US policy to allow India a greater role in Afghanistan is a strategic dilemma for Pakistan. Pakistan is eager to seek new allies to counteract Indian influence in the region

In world politics, it is very often that fierce enemies of today become cordial allies of tomorrow. The Mujahedeen of Afghanistan once armed by the US against USSR are now being supported by Russia against the US. Kremlin has advocated for integration of Taliban into Afghan government and CIA reports claim Russian collusion with the Afghan Taliban in undermining US interest in Afghanistan. In other words, the tables are turning in Kabul. Resultantly, USA is paving the way for Indian involvement in Afghanistan to counter that of Russia, Pakistan and China combined.

In the Asia Pacific, strategic allies of the US, South Korea and Japan are growing restless in the face of North Korean nuclear threat. The agitation is manifested in the rise of nationalist sentiments in the masses of these two countries. The pussyfooting of US has made them dubious about the leadership of US as their security guarantor. As a result, demands for “self-help” are rising among the people of these countries with the possibility of triggering an arms race in the region, not to mention the growing tensions in the South China Sea.

It is pertinent to mention Pakistan’s conduct of foreign policy in the transforming world. The change in US policy to allow greater Indian role in the Afghanistan is certainly a strategic dilemma for Pakistan. Pakistan is eager to seek new allies to counteract the Indian influence in the region. The possible Saudi-Israeli rapprochement will open up a new door of opportunity for Pakistan to develop diplomatic ties with Israel and benefit from its arms industry and technological base. This, however, depends entirely on the reaction of its conservative faction of society and its relations with Iran.

The writer is a political commentator, public speaker, geo-political analyst and Board of Directors member in a governmental body in Pakistan. He can be reached at ahsanhamid09@gmail.com