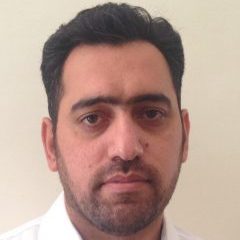 UPR and the state of trade union rights in Pakistan

UPR is a unique state-driven process, established in 2006, working under the UN Human Rights Council allowing each state to declare the actions taken to improve the human rights situation in their countries

Pakistan is scheduled to undergo its Universal Periodic Review (UPR) for the third time on 13 November 2017. UPR is held every five years and the Pakistan’s last review was done in 2012. It is a unique state-driven process, established in 2006, working under the UN Human Rights Council allowing each state to declare the actions taken to improve the human rights situation in their countries. The mechanism addresses human rights violations wherever they occur in the 193 member states. UPR is based on three kinds of documents: “national report” based on the information provided by the State under review; “UN report”, based on the reports of the human rights treaty bodies and reports of independent human rights referred to as special rapporteurs as well as working groups; “alternative report” which is a combination of reports from other stakeholders including national human rights institutions and non-governmental organisations.

The UN report notes the persistence of bonded labour practices in brick kilns, textile industry and among Dalits. It recommends investigation on allegations of trafficking and forced labour and suggests to establish mechanisms for the systematic and regular monitoring of workplaces in formal and informal sectors. The UN report further refers to lack of a comprehensive policy or framework on labour protection, low level of minimum wages and weaker compliance, lack of social protection floor and the small number of labour inspectors in the country. The state report has focused on responding to above issues and giving information about legal enactments during the review period.

Ministry of OP&HRD is already working on National Labour Protection Framework. The Framework document is based on the reforms recommended in a groundbreaking report authored by this scribe in 2016 while working with the Ministry. The report titled “GSP and Compliance with Core Labour Standards: Pakistan’s Case” recommends legislative and institutional reforms in the area of freedom of association, child labour, bonded labour, equality of treatment and opportunity, occupational safety and health, labour inspection and social dialogue.

Among the labour issues, all the three reports (national, UN and alternative report) focus on the issues of child labour, bonded labour, gender equality, occupational safety and health and also the workplace rights for minorities and persons with disabilities. What is totally missing is the mention of freedom of association although the right is recognised as fundamental right under UDHR (article 20), ICCPR (article 22), ICESCR (article 8), CERD (article 5), CRPD (article 27) and CRC (article 15).

Freedom of association and the right to collective bargaining are considered enabling rights and these form the indispensable pillars of democracy. Freedom of association is also covered under Target 8.8 and Target 16.10 of the Sustainable Development Goals. The Tunisian National Dialogue Quartet which included both workers and employers’ organisations won the Nobel Peace Prize in 2015 for their contribution to building of pluralistic democracy in the aftermath of Jasmine Revolution. Thus, the role of trade unions should not be taken lightly in protecting and cementing democracy in a country.

Here are some eye-opening statistics on the state of trade union rights in the country. Pakistan claims to have 10th largest workforce in the world. Of the 61 million strong labour force, nearly 4 million are unemployed. Of the remaining 57 million, only 9 million are in the formal sector workforce and thus enjoying the right to freedom of association and collective bargaining. A 2012 estimate by Pakistan Workers Confederation indicated that there were 1905 trade unions with a total membership of 1.8 million workers. Based on this number, trade union density for total labour force in 2014-15 is three percent. If trade union density is taken as a percentage of formal sector workforce, it rises to 19.8 percent. No reliable data is available on collective bargaining coverage. An ILO study from 2014gives the number of collective bargaining agreements as 749in 2012.

Unless all workers are given the right to form and join trade unions of their choosing, right to collective bargaining and the right to strike, the human rights situation cannot improve in the country

Industrial relations legislation regulates the fundamental right of the freedom of association as provided under Article 17 of the Constitution of Pakistan. However, there is a long list of explicit and implicit exclusions. The explicit exclusions include public sector workers (which include workers in administration of state and workers employed by the Pakistan Security Printing Corporation or Security Papers Limited), workers employed in services or installations exclusively connected with the armed forces of Pakistan, security or fire service staff at vital installations (oil refinery or an airport, production, transmission or distribution of natural gas or liquefied petroleum gas, Pakistan International Airlines Corporation), healthcare workers and teachers (excluding those workers who are working in healthcare/educational institutions run on commercial basis), and persons employed in an administrative capacity or managerial capacity. Workers in export processing zones are explicitly excluded from the coverage of industrial relations legislation.

The implicit exclusions include agriculture workers and other informal sector workers which include homebased and domestic workers. Workers engaged in Federally and Provincially administered Tribal Areas of Balochistan (FATA and PATA-B) are also not covered under labour legislation. Trade unions are rare in the textile sector, the major contributor to export earnings for Pakistan. Sindh and Balochistan have recently allowed agricultural and fisheries workers to form and join unions though the number of registered unions in the sector are not more than a couple.

It is a grave mistake on the part of stakeholders (National Commission for Human Rights and civil society organisations) for not referring to the state of trade union rights in the country in their UPR submissions. They have mistakenly left the guarding of the most fundamental right to the already vanishing trade unions. Better workplace protections and other human rights cannot be achieved without stronger trade unions. Unless all workers are given the right to form and join trade unions of their choosing, right to collective bargaining and the right to strike, the human rights situation cannot improve in the country.

The writer is a labour rights activist and tweets @Iftikhar_Ahmad1