The end of a beginning?

Much ado about nothing. These four words kept running through my mind asI observed the rapid changes in the intricate pattern of Karachi’s political fabric.

One night I slept after brainstormingon the MQM-PSP merger. The very next evening I had to change the entire theme of my article owing to the deed of divorce that was committed before the commencement of wedding reception. Within hours the dynamics of my newly constructed ideas were once again altered because of Dr Farooq Sattar’s ostensive U-turn. What was it all about? What caused such rapid turn of events? Change of direction? Or change of directors?

From the decision of regrouping under ‘one name, one symbol’ to reiterating the notion of “MQM is here to stay” is something that has perplexed all quarters who claim to have soaring political wisdom and foresight.

The extent of bewilderment, however, should not be as unduly inflated as has been shown by people since this only seems to be a reenactment of the past. Pakistan has seen the MQM founder’s self-dismissal and self-reinstatement several times before. The public is quite aware about the degree of seriousness to show when any political leader, especially onehailing from the aforementioned political party, makes such assertions. This brings us to one of the most pertinent questions on the topic: Why are such press conferences and paroxysms given a significant chunk of airtime?

Ill-planned and unfinished civic projects; piles of garbage; graffiti; and rotting party flags swaying on poles are all a reflection of the (lack of) interest of municipal bodies in solving the city’s problems

Likea needless storm in a teacup, the precedence of such episodes was set long ago when the founder used to put a show of similar fits of pique comprising an overly long telephonic address, an impulsive resolve to quit politics for eternity, an on-camera plea of all party leaders and workers to return to his former position, a leadoff determination to stick to his guns despite anything and everything, an incessant nagging to go back on the verdict, and the imperative acceptance resulting in a ‘colossal’ one-eight-degree retraction. Surely, Sattar’s statement (“People on social media may call it a drama, but let me assure that I won’t take back my decision.”) was too good to be true as it was proven wrong the very same night. 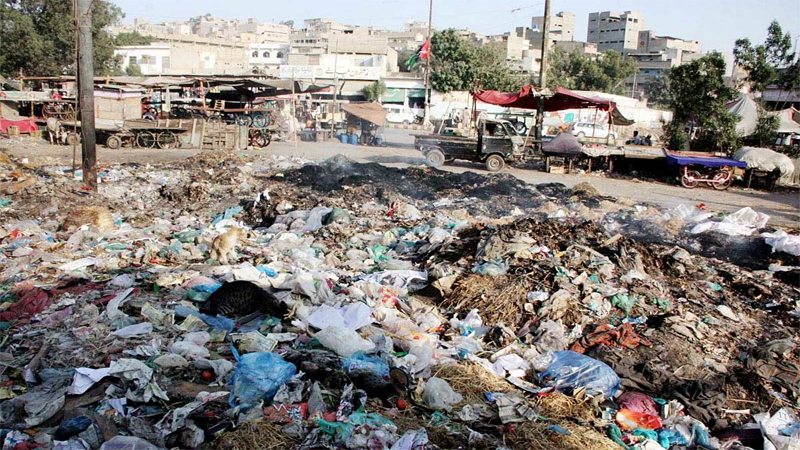 What should be troubling every sane mind is the level of patience possessed by the denizens of this country who continue to endure (and in some cases, enjoy) such spectacles. This nation is willing to follow any person who; claims to be a leader oris good at delivering speeches full of rhetoric sans substance. The way ‘mardamshumari’ was synonimised with ‘adamshumari and then equated with ‘adamkhori’, referring to the alleged understating of Karachi’s population in 2017 consensus, was an intelligent but devoid of substance expression by the leader under discussion. Such oratory skills are a great attribute when it comes to impressing people, but having a way with words alone makes zero contribution towards running a country or even a city.

Attacking the process of enumeration for reported manipulation and downplaying of Karachi’s population from 30 million to 14.9 million could be a legit claim but only when the allocated amount of Rs274 billion for infrastructure development all across Sindh for the year 2017-18 is proven to have been expended, absentsignificant corruption. Ill-planned and unfinished civic projects, piles of garbage embellishing the whole city, defacing graffiti and rotting party flags swaying on poles since forever are reflections of the interest local politicians have in solving the real-life problems of Karachiites. Putting the blame on each other’s shoulders is as old a trend as pompously describing the problems without proposing solutions. This is the true face of politics in Karachi, a city whose story is a philippic future of many others.

The game of politics has arrayed numerous deplorable incidents in the history of Pakistan. The words and comments of Ayub Khan that he uttered for the sake of winning 1965 elections against Fatima Jinnah cannot be erased from archives, and so cannot be hidden the censuring remarks of Jawaharlal Nehru regarding the frequencies of us changing our premiers and him changing his pajamas.

The simplest question a naive citizen with no basic knowledge of politics can ask his rulers is: When will you solve our problems? This question is what the people of Pakistan, native as well as muhajirs, were asking in 1947 and it, unfortunately, remains the question that the people of Pakistan, native and mahajirs, are asking today. The interplay of whether to simply sweep it under the carpetor dare answering it is what disappoints us.

The writer is a freelance columnist from Lahore