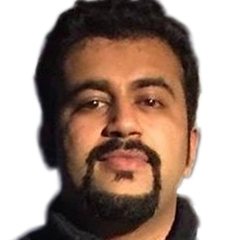 Delimitation of constituencies is not a one-off event. It is a long-haul process, which needs time, continuous attention and resources

Re-districting or delimitation of electoral constituencies remains to be one the key predicaments of almost every electoral system. It may have profound consequences for the electoral and political systems of any country; modifying constituencies through a delimitation process can adversely affect the fairness of elections, and thus raising serious questions of political representation. Pakistan very recently reformed its electoral system unifying nine electoral laws, five of which were military orders.

The new Election Act, 2017 clearly instructs the Election Commission of Pakistan (ECP) to demarcate constituencies after the official publication of census data at least four months prior to the election day. This implies that the delimitation should be carried out before April 30th, 2018. However, due to the lack of availability published data of the recent census, which is also due in April 2018, major political parties are antagonistically negotiating to conduct this exercise using the provisional data. Re-districting based on the provisional census data will remain a challenge, and could potentially lead to another political ruckus ahead of 2018 general elections.

The fairness of this new system will remain as the provisional information released by Pakistan Bureau of Statistics (PBS) may still have several irregularities. Thus, this may result in some constituencies having less voters or population than others, undermining the idea of the equality of the vote.

In 2013 general elections, large discrepancies in the size of constituencies comprising the citizens’ constitutional right of equal suffrage were highlighted by various domestic and international observers’ groups. There were considerable variations in population-per-seat ratio between provinces, and within the provinces. The national average population-per-National Assembly (NA) seat in 2013 was at 679,176, which differed in each of the provinces, e.g. in Khyber Pakhtunkhwa, population per NA seat ratio was 707,566, compared to FATA’s average which remained at 391,104. Such variations existed within provinces as well. According to Free and Fair Elections Network’s (FAFEN) analysis of NA seats in Punjab, Hafizabad’s seat represents a population of 581,296, whereas Lodharan’s seat represents 817,741.

Similarly, in Sindh, the seat of Shukkar/Shikarpur represents 624,162, while Dadu’s seat represents a population of 1,178,538. In Balochistan, Killa Abdullah NA’s seat represents a population of 516,785, while Nasirabad/Jaffarabad’s seat represents 947,278. These figures signify that a simple delimitation exercise as proposed in the recent constitutional amendment by the Pakistan Muslim League – Nawaz (PMLN) cannot solve the issue of political representation. This amendment proposes that the total number of NA seats remain 272, while readjustments should be made between provinces based on the provisional data. Thus, Punjab will lose nine of its NA seats from 183 to 174, which will be distributed in Khyber Pakhtunkhwa (five new NA seats), Balochistan (three new NA seats) and Islamabad Capital Territory (one new NA seat). The constitutional amendment suggests no change for NA seats of Sindh and FATA. Such impulsive decisions would certainly be harmful for Pakistan’s nascent democracy as the proposed seats’ redistricting will emphatically exceed the prescribed 10 per cent variation by the new law. This will lead to voters relinquishing their basic human right of political representation.

Delimitation of constituencies is not a one-off event. It is a long-haul process, which needs time, continuous attention and resources. If a hurried attempt is enforced, we will experience frivolous challenges and several legal proceedings in the high courts. Political parties need to rethink their approach towards this entire exercise as this could lead to another political impasse, especially when the official data is yet to be published. They strongly need to demand that the official data be published by PBS before April to conduct the delimitation exercise in a more meaningful manner.

The author is Team Lead at Free and Fair Election Network (FAFEN), a researcher on parliamentary and electoral affairs, and a Chevening Scholar. He tweets as @dnananjum