Tensions are running higher than usual between Saudi Arabia and Iran. Over the weekend, Riyadh said that it had intercepted a ballistic missile close to the city’s airport, which it believed had been launched by Houthi rebels from across the border in Yemen. And to top things off, the Saudis said that the Iranians were behind the strike. As in all Middle Eastern conflicts — the two regional players are on different sides in the war on Yemen. Riyadh, which has been leading the military offensive in that country since 2015, backs the internationally recognised government in Sana’a. Tehran backs the Houthis.

Inevitably, Saudi Crown Prince Muhammad Bin Salman, often referred to as MBS by the international media, has hit back at Iran; terming this “direct military aggression” as being akin to an “act of war”. The impact of this verbal outburst was almost immediate, with a sudden surge in oil prices that didn’t retreat until Tuesday. However, this latest spat is nothing new. Relations between the two regional rivals have been at an especially low ebb since some 400 Iranian pilgrims died in a crane accident in Mecca two years ago. And more recently, it is widely believed that Saudi pressure was behind Donald Trump’s ‘decertification’ of the Iran nuclear deal.

The potential for conflict comes at a time when the kingdom is going through a period of internal upheaval. For also over the weekend came the shock arrests of 11 high-profile Saudi princes, a number of ex-ministers as well as business tycoons in an unprecedented anti-corruption drive. This represents perhaps the first time in the history of the Al-Saud family that it has not presented a united front to both its subjects and the world at large. The Crown Prince’s anti-graft sweep is said to have shocked older, more experienced royals who have preferred to rule through familial consensus.

He has waged an unequal war in Yemen. Not to mention backing a coalition of Islamist factions said to be ideologically affiliated to Al Qaeda. Yet the greatest irony of all is that oil may ultimately prove to be the Crown Prince’s undoing

To be fair, they may have a point. MBS has proved himself to be a reckless king-in-waiting. Most recently, it was in his role as Defence Minister that he oversaw the military aggression in Yemen, which is one of the world’s poorest nations. The collateral damage there has been overwhelming. There have been reports of Saudi airstrikes hitting Internally Displaced Persons (IDP) camps, such as the March 2015 attack on the al-Mazraq refugee camp that left 40 dead and 200 wounded. According to Amnesty International, 93 percent of overall deaths in this most unequal of wars have been civilian.

In addition, some two million children are now said to be suffering from chronic malnutrition; while a lack of access to clean drinking water has precipitated a cholera epidemic, affecting around 5,000 Yemenis. Yet the conflict has not achieved much, if anything. Indeed, it may have only made Saudi Arabia more vulnerable. As it commits more and more atrocities across the border, Riyadh risks potential blowback on two fronts: firstly, increased Houthi retaliatory attacks; and secondly, Yemen turning into an ISIS safe-haven. The latter possibility should be of particular concern. After all, long before this war — Al Qaeda in the Arab Peninsula (AQIP) had set up camp in Yemen. If nothing else, Riyadh should have learned the lessons of its own neighbourhood: namely, Arab nations, when destabilised by war, become militant flashpoints.

Yet Muhammad Bin Salman’s foreign misadventures extend beyond the Yemeni theatre of war. Back in 2015, he supported the creation of the Army of Conquest. This was a coalition of Islamist factions largely comprising those with ideological affiliation to Al Qaeda, including al-Nusra Front and Ahrar ul-Sham; it is also reported to have ‘inducted’ a handful of Syrian regime forces. In addition to the Saudis, the Turks and the Qataris also backed the Army, which was said to be predominantly anti-Hezbollah; though not necessarily anti-ISIS. It won a series of victories against the Damascus regime. Yet the repercussions of doing business with terrorists threatens Saudi Arabia, the region and beyond. 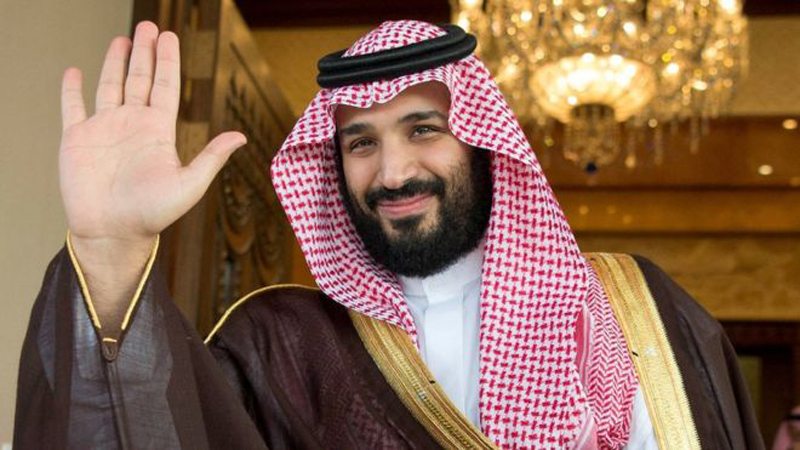 Yet oil may ultimately be the Crown Prince’s undoing. Meaning that moves to float on international markets partial shares of state-owned oil and natural gas giant Saudi Aramco could prove disastrous for the kingdom. After all, it is in total breach of the unspoken social contract between the Middle East’s petro-dollar autocracies and the people.

This provides that the latter will forego liberty but in return they will have a share in their respective country’s oil revenues by way of subsidised jobs, housing, fuel as well as other government services. Thus moves towards privatisation and reliance on the market in the absence of accountability and a just legal system will only give Saudi Arabia’s elite further license to loot and plunder. Indeed, it is this set-up that makes the region’s oil-rich states so hard to reform.

If MBS ascends to the throne next year, as is largely expected (though there have been reports that this could happen by the year’s end) — he will be the first-ever millennial to be crowned a Saudi king. Which means that by the kingdom’s standards he could well rule over the people and the region for the next half a century or more. If, that is, Saudi Arabia survives.

The writer is an Assistant Editor at Daily Times