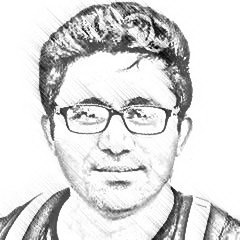 The problem with political parties’ manifestos from a human rights perspective is that all of them neglect Pakistan’s international human rights commitments, including recommendations of UN treaty bodies and the UN Human Rights Council

General elections scheduled in the month of September 2018 are around the corner. Political parties have begun developing their election manifestos. The election manifestos of the parties are, in principle, set of concrete commitments and promises parties make with voters to bring them on their side in the elections and to garner political support among the masses. Although there is wide gap between the promises parties in Pakistan make during the elections through their manifestos and extent of their realisation, manifestos are important for citizens so that they could remind the parties of their commitments.

A look at the election manifestos of major political parties in last general elections held in 2013 reveals that many of the important issues were neglected by them. One among those major issues include Pakistan’s international human rights obligations. This issue has been less touched upon by major parties in their previous election manifestos.

Pakistan is party to seven out of nine core international human rights treaties. Very like others countries party to these international human rights laws, Pakistan’s compliance is assessed periodically by the concerned treaty bodies. During current year, three major state reports of Pakistan on International Covenant on Civil and Political Rights (ICCPR), International Covenant on Economic, Social and Cultural Rights (ICESCR) and  the Convention against Torture and Other Cruel, Inhuman or Degrading Treatment or Punishment (CAT) have been assessed by the relevant treaty bodies. Various recommendations based on these reports have been extended by the treaty bodies in their outcome documents.

Given the important role of political parties in overall state business, all parties’ leaderships should address the recommendations of UN treaties bodies and UPR in their upcoming manifestos

The Committee against Torture considered the initial report of Pakistan on CAT in April 2017 and later adopted concluding observations at its session held in May 2017. The committee has made various recommendations on issues which include torture by law enforcing agencies, reprisals against and harassment, intimidation and arrest of human rights defenders, lawyers and journalists, enforced disappearances, trafficking and forced labour. The committee on Economic, Social and Cultural Rights considered Pakistan’s initial report on ICESCR in June this year and have made various recommendations around  economic, social and cultural issues. Similarly, four years overdue initial report of Pakistan on ICCPR was reviewed and considered by the Committee on ICCPR in June this year. The committee has put forward various recommendations around rights of minorities, women and children and issues of serious concerns regarding forced disappearances, custodial torture, fair trial, death penalty, freedom of expression, movement and association, and early and forced marriages and so on.

In addition to the review of these reports made by treaty bodies, third cycle of Universal Periodic Review of Pakistan is going to be held this month on November 13th in Geneva. In the review, Pakistan will submit its report which is now available on the website of the Office of the United Nations High Commissioner for Human Rights (OHCHR). UPR review and subsequent outcome document will of course bring many recommendations for the state of Pakistan.

In this scenario, the onus is on political parties to focus on these issues and recommendation and bring those into their current party election manifestos.

In the past, most of the major political parties such as PPP, ANP, PLM-N, MQM, PTI, PML-F have discussed, some with secular approach and some with religious approach, various human rights issues in their 2013 manifestos. These rights include right to food, shelter, health, water and  rights of vulnerable groups such as minorities, women and children. However, the major problem with these manifestos from human rights perspective remains that they have neglected international human rights commitments of Pakistan and the recommendations of UN human rights treaty bodies and UN Human Rights Council under UPR.

Only two major political parties, Pakistan People’s Party Parliamentarian (PPPP) and Awami National party (ANP), have explicitly included their pledges around international human rights commitments of Pakistan in their 2013 election manifestos. PPP’s  2013 election manifesto reads that “[t]he government, under our party’s leadership, attaches great importance to constructive engagement with special mechanisms of the Human Rights Council”.  It further reads “[we] will uphold and work towards further implementation of all international covenants and treaties to which Pakistan is a signatory, and will fulfill our obligations to promote and protect fundamental human rights.

Given the important role of political parties in overall state business, all party leaderships should address the recommendations of UN treaties bodies and UPR in their upcoming manifestos. The parties can legislate on those issues when they are in power and can push forward that agenda when they are in opposition.

Civil society should mobilise and sensitise party leadership to include these issues in their manifestos. Collectively, it can make human rights manifesto and can submit that to the political parties which they can further translate in their election manifestos.

The writer holds Masters Degree in Human Rights and Democratisation from the University of Sydney. He can be reached at jamilb4u@gmail.com; twitter: @Jamiljunejo