‘Rule by law’ no more

The democratic set-up is, ideally, meant to serve the people and abide by the rule of law. Here in Pakistan, however, things are somewhat back to front: the country’s political ruling elite is following ‘rule by law’. Meaning, only legislation laid down by the supreme law making authority that is aimed at protecting their interests is duly honoured.

In most dictatorships and monarchies, there exists a set of laws through which justice is administered; which, of course, is different to having the rule of law prevail. Unfortunately, Pakistan appears to be hurtling along the same path; one that sees justice modified to serve those who rule over us.

When we talk of the rule of law, we imagine a certain set of principles of law. This concept was put forward by the British jurist and philosopher Albert Dicey, following his observations on the development of French law.

What interested him was the fact that France boasted a dual legal system; that is public and private. This concept, where the former pertains to operations of the state and public bodies while the latter applies to private individuals and private bodies — gradually gained currency among other nations and is said to have helped in developing their social, justice, economic and political models.

The Election Commission of Pakistan (ECP) de-notified Nawaz Sharif as a member of the National Assembly, in light of the Supreme Court’s July 28 verdict. It was a move that virtually rendered him ineligible to lead his party as its president. But lo and behold, with the introduction of new legislation he now has the authority to reclaim the party’s top post. Yet the story doesn’t end there.

When Nawaz was rendered ineligible to be party president — the ruling political elite hit back with new legislation. And now there is talk of replacing the NAB with a National Accountability Commission; and redirecting all under-trial proceedings to this new jurisdiction

Federal Law Minister Zahid Hamid recently hinted of a coup of another sort when he proposed replacing the National Accountability Bureau (NAB) with a newly conceived National Accountability Commission (NAC); while adding that all under-trial proceedings would be redirected to this new jurisdiction. What is thus clear is this: the nature and purpose of the law is nobody’s priority.

Yet sadly, this is not the first time that the ruling elite have moved to amend or modify laws to protect their own interests or, as in the aforementioned, to save their political skin. Over the years, many attempts have been made to prolong their rule over the country. 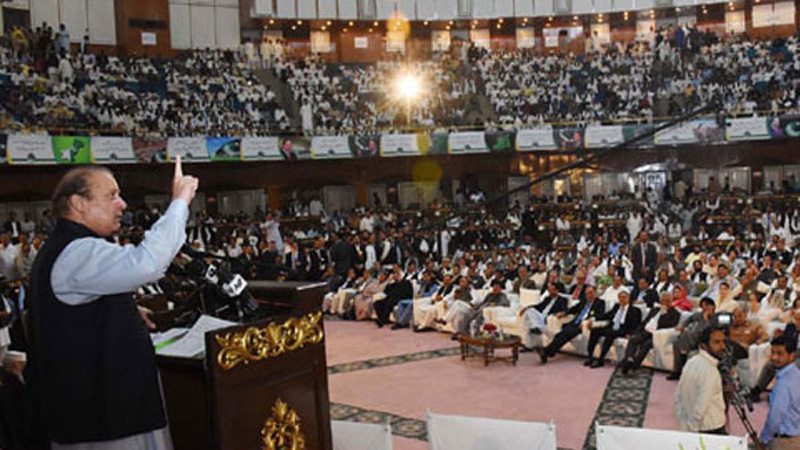 Even the 18th amendment was also indirectly meant to protect Nawaz’s political capital. For, after all, this saw the Constitution modified to do away with restricting the number of terms that a Prime Minister can serve. Similarly, the Finance Minister’s Tax Amnesty Scheme 2016 was in reality nothing more than a mechanism whereby a one-percent tax paid on black money suddenly turned it white.

This ‘rule by law’ also ends up eroding the overall structure of the state. It not only kills meritocracy but also gives rise to a whole new class of sycophants, only too happy to bow and scrape before their masters to secure top jobs in public institutions.

Since 2008, we, here, in Pakistan have witnessed how loyalty to the country’s elite political families pays off: namely, by way of key federal and provincial appointments. By sharp contrast, those who have refused to play ball have had no other choice than to leave the country. Just ask the former NADRA Chairman, now Chief Technical Advisor at the United Nations Development Programme (UNDP).

Yet there remains some hope. Thanks to the vibrancy of both electronic and social media, the ruling elite are beginning to be well and truly exposed. And then there is the independent judiciary that has played an active role in establishing rule of law in the country.

Moreover, the workers of political parties have started asking difficult questions of party leaders, which is a sign that after a 70-year period of darkness — a new dawn is breaking over Pakistan’s political horizon. It is about time. Let us hope that the people of this country will ultimately send the elite packing either at the ballot box or through non-violent struggle, as has happened in other parts of the world in recent times.