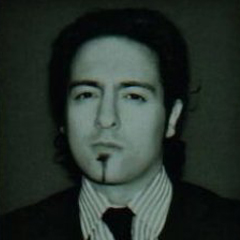 A Halloween from hell

Territoriality vanquished, IS, have momentarily reconciled themselves to a "Cyber Caliphate" to digitally incite hatred, drive engagement and bolster recruitment

On October 31, 2017, as a rented truck ruthlessly rammed into cyclists, pedestrians and a school bus, leaving at least 8 civilians dead, “Manhattanites” witnessed what seemed to be a haunting Halloween prank only to discover that this was real-life Halloween terror unfolding before their unbelieving eyes.

The location of the terrorist attack was symbolic and strategically chosen: a stone`s throw away from the World Trade Center Memorial, giving the “Big Apple`s” resilient residents an eerie sense of déjà vu, namely that of re-living the atrocities of 9/11. The perpetrator has been identified as Uzbek immigrant Sayfullo Saipov, who confessed to being ISIS inspired, which is likely to stimulate many more “copy-cat ” attacks in 2018 and beyond.

With the precipitous fall of Mosul and Raqqa, ISIS` territorial cookie crumbles, degrading them from a “proto-state” to an “insurgency” which is all the more fluid, deceptive and asymmetric in manoeuvrability, making them a more insidious menace to monitor and capture. To compensate for territorial losses in their hinterland of Iraq and Syria, IS will, from afar, keep conducting such remote-controlled “face-saving” atrocities to remain relevant.

Territoriality vanquished, IS, have momentarily reconciled themselves to a “Cyber Caliphate” to digitally incite hatred, drive engagement and bolster recruitment. Welcome to the insidious advent of ISIS 2.0.

The headline-hungry IS death cult will claim any attack they can (even when not their own), as the recent Las Vegas shooting attests. IS through online propaganda and physically brain-washing  currently returning fighters, who will sneakily camouflage themselves as refugees, snaking their sinister way into Western nations, laying low till the  dust settles, before striking again when the iron sears hot. Tactically speaking, IS now decrees aspiring militants to mount increasing attacks using everyday items like knives, acid and vehicles.

The intellectual challenge against extremism is the real “ideological war after the physical war”. It requires the international community to evolve from solely deploying “hard power” of military might towards exploring the suasion of “soft power”. By course of necessity deploying “soft power” in counter radicalization involves sensitization, rehabilitation, education, refugee repatriation and inter-faith bridge-building

Manhattan`s vehicular assault mirrors the Nice Bastille Day, Barcelona, Berlin Christmas Market and London`s Westminster Bridge attacks, all being ISIS triggered vehicular attacks ordained by IS head-quarters. IS are now hell-bent upon unleashing terror in the West, which they term as Rumiyah, a nauseating reference to the Christian Roman empire of yore, to unleash terror upon infidel “Crusaders”.

Halloween`s Manhattan attack reveals that militarily vanquishing IS in Syria and Iraq does not suffice; the main challenge remains an ideological one, which cannot be curtailed by kinetics but rather by delegitimizing the ideology.

Our reaction to such attacks must be calculatedly discerning and not knee-jerk reactionary. Military stealth is at best a momentary stepping stone, and at worst a superficial victory indicator, not a substantive long-term action plan. The U.S. has already spent a heaving USD $ 6 trillion on the war against terror (a vertiginous USD $ 23,000 per U.S. tax payer) since 9/11 yet terrorist attacks keep surging the world over. The U.S. will spend US $ 1.2 trillion on upgrading its nuclear capabilities in 2018 yet home-grown attacks are proliferating in the very heart (New York) of the “free world”.

The world in general, and the U.S. is particular are more racially, ethnically and religiously polarized than ever before. Charlottesville, Ferguson, San Bernardino and Orlando vividly exemplify this. Racists promptly jump onto the Islamophobia bandwagon claiming the terrorist proclaimed Allah-hu-Akbar (God is Great) before unleashing hell in Manhattan. Every devout Muslim utters “God is Great” during prayers. Prosecute the crime. Not the faith.

The Manhattan attack should become a predictable scapegoat to parade religious bigotry and exclusionary identity politics which have alarmingly risen with Trump`s administration. The U.S. is home to 3 million Muslims, and Europe hosts 26 million, these citizens are the essential “eyes and ears” of the community and should not be alienated as that ferments more extremism.

As IS now conceptually evolves from a “physical place” to fight in toward an “ideological idea” to die for, non-military intellectual capital is needed to counter radicalization because ideas are bullet-proof. Ideas can neither be countered by bullets nor bombs. Insidious ideas are ultimately only countered by better ones, by nurturing religious tolerance, offering minorities a true feeling of freedom, including a freedom to practice their own faith along with a carefully co-ordinated deradicalization program of IS` returning fighters, especially stateless widows and children.

Social inclusion, counter-narratives, positive Muslim role models for an alienated youth to look up to, civil society push-bash, education and grass-roots momentum are the way forward.

Now, the intellectual challenge against extremism is the real “ideological war after the physical war”. It requires the international community to evolve from solely deploying “hard power” of military might towards exploring the suasion of “soft power”. By course of necessity deploying “soft power” in counter radicalization involves sensitization, rehabilitation, education, refugee repatriation and inter-faith bridge-building.

The writer is a Development & Counter Terrorism Expert and tweets @ozerkhalid