Remembering Reshma, the nightingale of desert 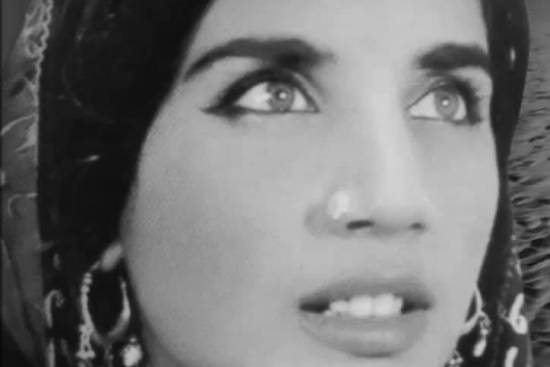 In every field, there are only few personalities that stand up and achieve recognition with regards to their extraordinary work and qualify for the criteria that history or our collective memories set for the people to be remembered and to rule the hearts of masses for decades or even centuries. In Pakistani music industry – especially in the follk genre – Reshma is one of them.

It’s been four years since curtain fell for legendary singer Reshma but her voice still echoes within our hearts and stirs the soul.

She was born around 1947 in Bikaner in Rajasthan in a nomadic Banjara community and her family moved to Karachi after the Partition.

Her family had no clue about her talent until she turned 12 and recorded the famous dhamaal Laal Meri on radio and never looked back since then.

When she sang Punjabi folk songs in her husky and passionate voice, the plaintive lamentations of Sassi reflected the centuries old sweetness and folk history of the deserts of subcontinent. She deepened our sense of belonging to this diverse society of subcontinent by invoking folk message of love and peace.

The Bikaner-born singer enjoyed popularity on both sides of the border. She once said that Indians have given her so much love that it can be returned only by singing for them.

Being the true daughter of the subcontinent, Reshma always reiterated the need for cultural activities between the two habitual rival neighbours.

Despite being the global star, Reashma was always spotted wearing traditional Rajasthani salwar kameez in her concerts. She wore the garb of fame lightly on her heavy frame. She was innocent and humble and would often make her audience laugh with her self-deprecating jokes that exhibited her skills to keep the people engaged.

Before singing, she often created an air of familiarity and closeness with her Rajasthani expression, “Mhara to gaon Bikaner hai!” (Our home town is Bikaner).

At the residence of BJP leader Vijay Goel, who was also a fan of her melodious voice, she had once revealed that her ancestors were traders who took camels from Bikaner to buy horses from what is now Pakistan.

Reshma once reminisced the moment she spent with former Indian Prime Minister Indira Gandhi. Gandhi also agreed to get a road constructed from a border village of India to Pakistan on Reshma’s request. Unfortunately, for some reasons, only half of it was built.

On her last visit to India, she had paid homage at the shrines of Hazrat Nizamuddin Aulia in New Delhi and Haji Ali Baba in Mumbai. She often visited composer Naushad in Mumbai whom she considered her “most venerable guru” and actor Pran who was “chacha” to her.