One simple truth often eludes us; there is a systemic decay in public services that has gone unchecked for many decades

A baby was delivered on the streets of Lahore after the mother was turned away from a public hospital. The ticker-happy media locks on to the story, and viewers are up in arms. What a disgrace. Have the doctors no shame? Political hotshots followed soon after as primetime rolls in, this exposes the hollowness of the government’s claims; the ruling party’s callous in its disregard of the common man; Punjab’s development is a lie; so on, and so forth. The government chimes in with orders of an inquiry and promises of action against those who refused entry into the hospital to the woman in labor. All in all, a pretty good day to feel good about the correctness of one’s beliefs.

People forget that just like this latest incident has been relegated to the sidelines of public memory, not too long ago a woman in Lahore gave birth on her way to the hospital in a rickshaw when she was stuck in a VVIP protocol. Earlier this year, a woman died on the floor of Jinnah Hospital Lahore because the ER did not have a bed to accommodate her. And these are but a few reported incidents from Takht-e-Lahore, the jewel in the crown. Imagine what all goes on in the vast backwaters of the country where the media cannot, or will not bother to investigate. Despite this, we are outraged afresh every time. As though one case like this isn’t enough to jolt a people of conscience into action.

Ours is a country where Mukhtaran Mai was raped on the orders of a village council and later became an international icon, but nobody was moved enough to study, reform and regulate the informal Panchayat system rampant across our variegated cultural fabric

In our personality and power politics obsessed understanding of reality, one simple truth often eludes us; there is a systemic decay in public services that has gone unchecked for many decades. No political group that has ever held power in this land at any level of government, be it the current opposition or party-in-power. Nor can it evade blame for its gross neglect of public welfare. The same goes for the dictatorships that have ruled the roost for a better part of our history. The urban intelligentsia, vocal middle classes, other elite segments have all contributed, through errors of commission and omission, in creating a horrid mess.

Some facets of this degeneration are plain to the bare eye. Walk into the ER of any public hospital and you will witness firsthand the scale of human indignity. There will often be two or more patients to a bed and the living may be seen sharing beds with the dead for lack of space. 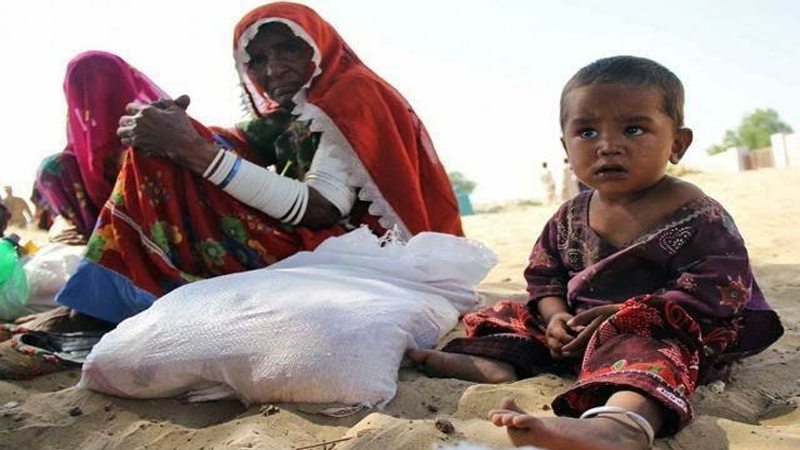 The on-duty doctors may be huddled nonchalantly in one corner, playing Ludo Star, discussing office politics, lamenting their weak service structure, not displaying the slightest anxiety in the direst of situations. Apathy or excellent professional training, one just can’t tell. Things are exponentially worse, the farther away you are from the urban centers. Matters are just as dismal in public education and law enforcement agencies as they have an equally large urban-rural divide.

The real crime against humanity, however, that has been perpetrated over the years is that access to quality public services has been allowed to become a privatised, paid-for by privilege rather than as a basic human right. If you have the ability and willingness to pay, you can have the best of health, education and consideration under the law. In this respect, Pakistani society is even more unapologetically Darwinian than that bulwark of capitalism, the USA, where a public education system, despite many challenges, continues to provide some semblance of a level playing field across every generation, and the justice system recognises all men as equals. Over here in Pakistan, if you don’t have the mullah, you don’t stand a chance.

Consider for a moment the fact, reaffirmed by the latest census, that a majority of this country’s population is still the rural poor. This readily translates to the understanding that a majority of the population does not have access to good health and education facilities. Of course, the elites (urban or rural) do not care enough to remedy the situation because the world is at their feet. They can afford to go to London for treatment and Ivy Leagues for education. It’s the social-climbing, often outraged (albeit fleetingly) urban middle classes whose attitudes are the most hypocritical. By no coincidence, this class stands to gain a lot from privatised health and education. Many a doctor and academic has attained social advancement because of this phenomenon.

What doctor or teacher worth their salt would want to work in the Cholistan desert when they can rake in good money from private-practice/tuitions in a city? And by paying through their teeth for expensive healthcare and fancy education, members of this class also get a feeling that they have levelled up in life, a bit of a status statement.

When an uneducated person dies at the hands of a Pir or a Raiwind woman gives birth outside the gates of the THQ, this highly vocal and increasingly politically powerful social stratum contents itself with issuing quick condemnation, mocking ‘jahalat’ and decrying widespread poverty, and moving on to the next news cycle. Nobody is interested in getting to the source of the problem: our society serves the privileged few while the excluded, voiceless many simply exist to behold their own inferiority.

Countless reasons can be forwarded for why these class-based and urban-rural imbalances have evolved over time. However, in the ultimate analysis, it can only be said that at the mercy of village quacks and soothsayers, of ghost schools and radicalising madaris, of absentee doctors in under-stocked remote BHU’s, the Pakistani masses abide in a circle of hell that dehumanises them, and nobody cares about what that portends for the future of this nation.

Ours is a country where Mukhtaran Mai was raped on the orders of a village council and later became an international icon, but nobody was moved enough to study, reform and regulate the informal Panchayat system rampant across our variegated cultural fabric. Malala Yousafzai was shot point-blank and became a Nobel-winning activist for education, but we are fixated on disparaging her rather than evaluating the state of female education in Pakistan. I highly doubt one baby born by the roadside in Lahore is cause for a much concern as we feel.

The writer is a Fulbright Scholar in Public Policy, a public-sector economic development professional and a part-time farmer in Multan. He tweets at@langahwhotweets