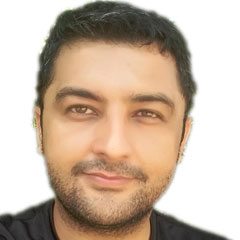 The possibility of split in PML-N

The ouster of Mian Nawaz Sharif is a great blow to the PML-N. Indeed, it is a tough time for the party to be united till the coming election of 2018. Fundamentally, and relative to PPP, PML-N has a vote bank in right wing ranging from moderate to orthodox Muslims especially in the decisive province of Punjab. PTI is long struggling to grab this vote from PML-N and has been quite successful in this regard. Nawaz Sharif’s soft corner for religious Sunni groups is no secret, and it had reflected in his vote bank in many cities of Punjab. Some recent moves in Pakistan political arena are an indicator of the scattered vote bank which previously was PML-N’s.

The launch of two new political parties by a banned religious is a significant development. In August this year, Jamaat-ud-Dawa (JuD) chief Hafiz Muhammad Saeed launched another party by the name of Milli Muslim League (MML). The MML is based on Ahl-e-Hadees might have a strong influence on the vote bank across Pakistan especially in Punjab.

Another new political party, Tehreek-e-Labaik Ya Rasool Allah (TLR), showed its muscle in the NA-120 by-polls. This party was created after protest movement in favour of Mumtaz Qadri erupted. The roots of this party is based on the Barelvi school of thought that has a high number of followers in Punjab. The sympathisers of Mumtaz Qadri are not happy with PML-N as the former was executed during Nawaz Sharif’s prime ministership.

It is true that by-election does not show the eventual outcome of general elections, but some inferences can be made. If we analyse the voting pattern of by-election of NA-120 Lahore in September 2017, vacated as a result of ouster of Nawaz Sharif by Supreme Court, the winning PML-N vote bank decreased to 49.3 per cent from 61 per cent compared to general election of 2013. The decline is because of these two newly launched religious political parties where MML snatched five per cent of votes and Tehreek-e-Labaik secured six per cent votes. PTI improved its position while getting 37.6 percent compared to 35 per cent in last poll. The formation of these new religious political parties would definitely affect the vote bank of other parties including PTI, but one can expect further negative impact on vote bank of PML-N as death penalty of Mumtaz Qadri took place during the former’s government.

Another fear of creation of blocs within the PML-N also exists because of the grievances of party workers. We should not forget the suspicious role of Chaudhary Nisar Ali Khan after the ouster of Nawaz Sharif. It is reported in the press that Nisar is trying to form a forward bloc within PML-N to exploit the self-centred role of Nawaz Sharif and his family in the party. Some workers may join other parties as the ruling party’s tenure nears end.

Nawaz Sharif is well aware of the threat of emergence of rifts within the PML-N after his disqualification. His clear stance against the establishment is not a knee-jerk approach but a counter strategy to diffuse the aftershocks of his ouster on the charges of corruption. Nawaz Sharif is trying to hide the negative impact of charges of corruption while blaming the role of establishment in his ouster. This seems to be his strategy to get sympathy vote in coming election and off-set the collateral damage of his ouster. Capt Safdar’s hateful speech calling for expulsion of Ahmadi community from army and other government bodies followed by slogan in favour of Mumtaz Qadri was a well-orchestrated move to counter the negative sentiments against PML-N among the religious groups.

PML-N will have to mitigate the negative sentiments of religious groups and address grievances party workers to reclaim the lost ground.

The writer is PhD and based in the US for Fulbright Post-Doctoral fellowship. Contact via: naimatims@yahoo.com