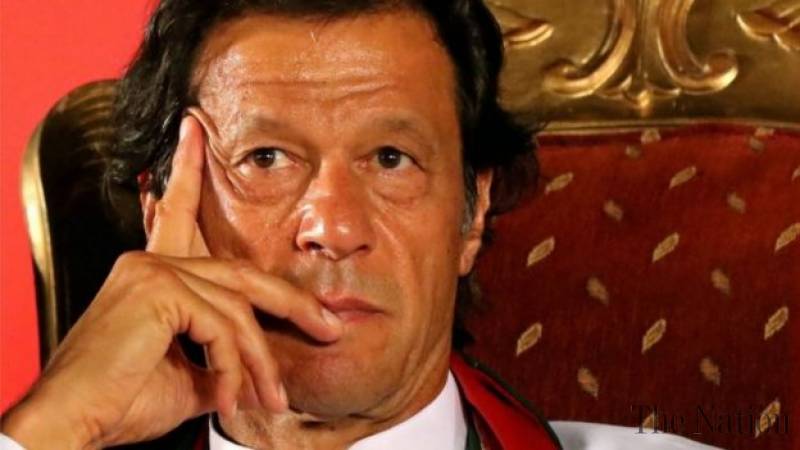 While talking to media, he demanded an investigation into charges leveled by Uzair Baloch against Asif Ali Zardari and his sister Faryal Talpur.

Khan said that Uzair Jan Baloch had stated that he gave Rs 10 million to Faryal Talpur for enlisting their support.

“The Joint Investigation Team (JIT) report has also shown that sugar mills as well as the houses in the vicinity of Bilawal House were forcefully evacuated and taken over,” he said. He demanded an inquiry of all the allegations.

Talking about the reference against Aysha Gulalai, he said that Election Commission of Pakistan had violated a law by rejecting the reference. “Gulalai herself has announced to quit the party. There is even a recording of her statement,” he said. He said that his party expected the ECP to be impartial and unbiased.

He said that once Karachi was far better than even Mumbai. “The people used to live in harmony and peace. It has turned into a garbage heap,” he said.

Recalling the history of the subcontinent, Imran said that there was injustice against Muslims in British India that laid the foundation of Pakistan.

“The speech of Quaid-i-Azam Muhammad Ali Jinnah about the rights of minorities should be implemented. Extremists believe that converting someone forcefully is the act of blessing. However, such things are against our religion,” he said. “Any circumstances that lead to creating unrest among religious minorities should be avoided. The extremists are mistaken that forcibly converting someone to Islam will bring them virtue,” he said.

Commenting on America’s repeated demands from Pakistan to do more, Imran Khan said the country had already done more in the war on terror, including sacrificing over 70,000 people.

“Pakistan’s participation in the US war has cost Pakistan dearly. It has destroyed its economy and increased insurgency in Pakistan, yet the US is asking the country to do more,” the PTI chief said.

To a question, PTI chief said Sindh was far behind other provinces because its rulers were not spending public money on the province.