When on a visit to Srinagar, Jinnah was asked if Ahmadis were Muslims, to which the great Quaid’s response was ‘Who am I to declare a person as non-Muslim who calls himself a Muslim?’

This isn’t the first time someone is using the Ahmadi card to further their political agendas. Captain Safdar’s recent speech in parliament has shown the level to which politicians in Pakistan can stoop to for political gains. Jinnah had to face the same issue in 1944, when on a visit to Srinagar he was asked if Ahmadis were Muslims, to which the great Quaid’s response was ‘Who am I to declare a person as non-Muslim who calls himself a Muslim?’ This was a time when people in charge were not scared of the pressures of the religious lobby, and even though Quaid-e-Azam was often called as Kafir-e-Azam by Maulana Maudoodi and the Ahraris, and Pakistan as ‘Paleedistan’ this intolerant segment of the society was mostly sidelined from mainstream politics.

Quaid-e-Azam went on to appoint Sir Zafarullah Khan as his first foreign minister, and Jogernath Mandal as his first Law Minister, and thus the six member cabinet of Quaid consisted of two people who did not adhere to the majority beliefs. Compare this with the way Imran Khan, leader of a contemporary political party in Pakistan had to backtrack from his statements from making Atif Mian his finance minister when he found out that he was an Ahmadi.

Similarly, in the run up to the 2013 elections he had to clarify again and again that Ahmadis were non-Muslims, and that he was an ardent believer of finality of Prophethood (Khatam-e-Naboowat). Furthemore, Khwaja Asif in a recent TV Interview talked about his fear of being photographed with Ahmadis as this is later used as a propaganda tool against him. Ironicly, Jinnah never felt uncomfortable getting photographed with his Ahmadi Foreign Minister, and never felt the need to declare Zafarullah Khan as an infidel and reiterate his own belief in the finality of Prophethood. 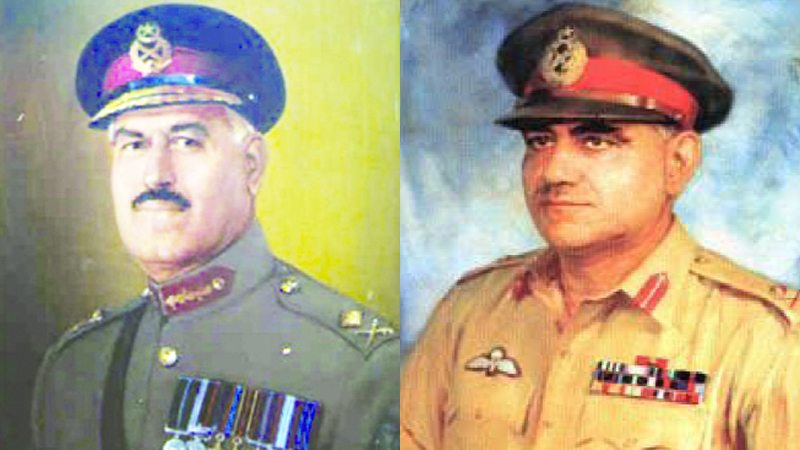 Although, Quaid-e-Azam passed away in 1948, Sir Zafarullah Khan stayed on as the foreign minister of Pakistan till 1954. However, it was in 1953 that the Ahmadi card was once again played in the province of Punjab, where the chief minister Mumtaz Daultana in order to divert the attention of the population from the issues of bad governance, allied himself with Majlis-e-Ahrar that lead to the 1953 Lahore riots which resulted in widespread loss of life and property of the Ahmadis and martial law was imposed in Lahore.

If these Ahmadi Generals who have fought to protect the borders of their homeland are traitors as Captain Safdar so conveniently pointed out, then it is better to be a traitor in this land of the pure, than a mullah-endorsed patriot

Fortunately, at that time the government at the center and the judiciary stood their ground, dismissed the Daultana government and sent a very strong message to the perpetrators of this violence through the Munir Report and by sentencing Maulana Maudoodi to death. Thus, it was thought that such stringent measures would be a warning for any potential forces exploiting the situation again, and this more or less did hold true for the next 20 years.

However in 1974, Zulfikar Ali Bhutto lead the People’s Party which had been elected on a secular mandate, passed the second amendment to Pakistan’s constitution that declared Ahmadis as Non-Muslims, and deprived them of their right of religious identity that is protected by Article 18 of the United Nations Declaration of Human Rights and Article 20 of Pakistan’s constitution. Such measures from Bhutto, which were intended to win the support of the conservatives did not succeed, and in the end he had to pay with his life for giving in to the demands of this segment of the society; mullahs who were previously isolated and largely ignored by the mainstream rulers.

However, the state’s policy of discrimination did not stop there as President Ziaul Haq introduced Ordinance XX in 1984, that put a ban on Ahmadis from propagating their faith or identifying themselves as Muslims, both of which carried a fine and a prison sentence. The seeds of the politics of hate that were planted by Bhutto, and nourished by Zia. Now they have turned into a fury of intolerance, and no political party or political leader has the guts to address this issue.

After the recent diatribe of Captain Safdar, people were left shell shocked when he made clear his intention on the floor of the parliament to bring in a resolution barring Ahmadis from being a part of sensitive institutions such as the Pakistan Army and the Atomic Commission. If only Captain Safdar, had read Pakistan’s history a little more carefully, he would have known that Dr Abdus Salam, the person whose name he wanted disassociated from Quaid-e-Azam University’s department of Physics through another resolution, was amongst the founding fathers of Pakistan’s Atomic Commission as well as the country’s space agency SUPARCO. Furthermore, Dr Abdus Salam is celebrated throughout the world of Physics, has a road named after him in Geneva, and recently had a bust unveiled for his contributions at the headquarters of IAEA in Vienna. A world class institute of theoretical Physics was founded by him in Trieste, Italy which has benefited numerous young Pakistani physicists. He does not need to be recognized or celebrated by Pakistan, but it is Pakistan’s need to celebrate people like him to reinforce in the people the belief that our country is not all about terrorists and bomb blasts, but can produce international geniuses if these minds are nourished in the proper manner. As far as the allegations of Captain Safdar against Ahmadis in the army are concerned, I’ll just highlight their contributions in the 1965 and 1971 wars that should be sufficient for any sane person. In the 1965 war, Ahmadi generals fought and held their ground in three war fronts on the country’s border. 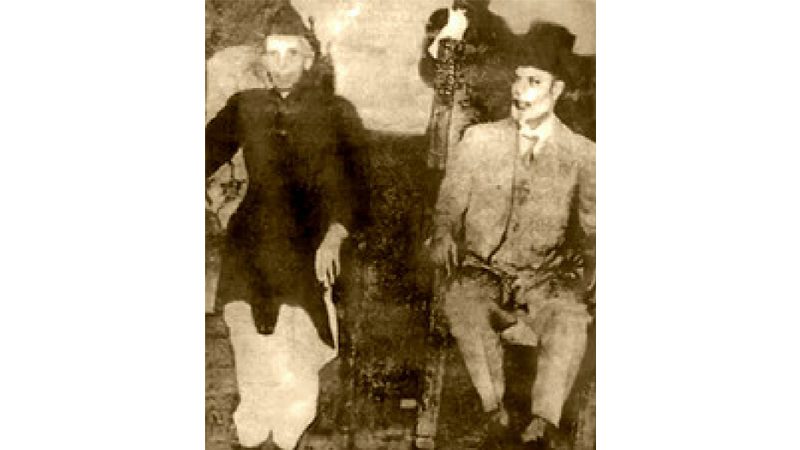 This included General Akhtar Hussain Malik, in the Kashmir area who was awarded Hilal-i-Jurrat for his heroics in the war. General Abdul Ali Malik, lead the Pakistani forces at the much celebrated Chawinda front which saw the largest tank battle after World War-II, and where Pakistani forces were successfully able to hold their ground and push back the Indian onslaught. He too was awarded Hilal-i-Jurrat for his gallantry. General Iftikhar Janjua, another Ahmadi lead the Pakistani forces in the Rann of Kutch region in 1965 and was successfully able to hold back the enemy. He later, embraced martyrdom in the 1971 war, and remains till date the highest ranking Pakistani official to be martyred at an active war front.

If these Ahmadi Generals who fought to protect the borders of their motherland were indeed traitors as Captain Safdar so conveniently pointed out yesterday, then it is better to be a traitor in the land of the pure than a mullah endorsed patriotic. The state already has a policy of not promoting Ahmadis beyond a certain rank, which is why we don’t see any Ahmadi generals today. Perhaps if there been more Ahmadi generals, we might have ended up winning more wars. It’s the 21st century, and the world is progressing forward faster than ever before. If Pakistan is to have any significant standing in the world today, it must remove the cancer of hatred and intolerance from its roots, and urgently ensure that all its citizens are treated equally by the law and the constitution.