Planning for the future is impossible. It’s also this man’s job

By George F. Will 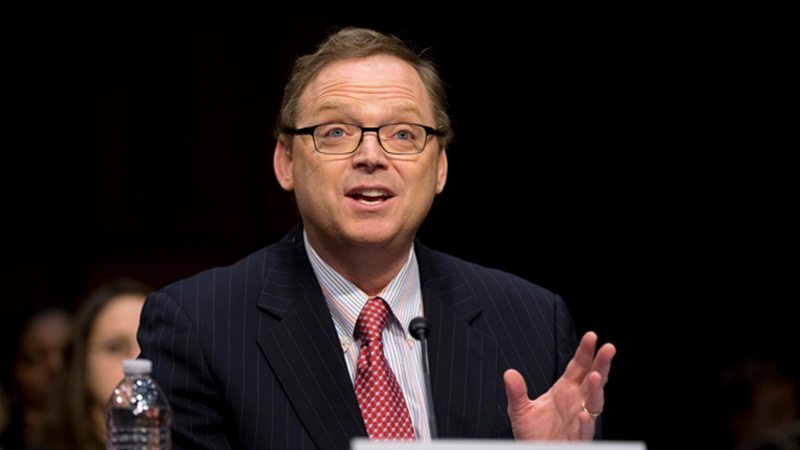 Kevin Hassett evidently has not received the memo that economics is “the dismal science.” The ebullient chairman of President Trump’s Council of Economic Advisers is relishing the intellectual feast of applying to policymaking the predictive tools of a science that was blindsided by the Great Recession.

Economists, like other scientists, learn things even when – actually, especially when – they are surprised. What must surprise Hassett today is that acrimony has infected even economists’ arguments. When he predicted that 2017 would be “the biggest supply-side policy year in American history,” he was not just thinking of the administration’s deregulations, which proceed apace, but was counting an unhatched chicken – tax reform. Concerning which:

Speaking recently to the Tax Policy Center and the Tax Foundation – left- and right-leaning, respectively – Hassett defended the administration’s tax plan, although important provisions remain undecided. He criticized the TPC for a premature analysis that used “imagined numbers” to anticipate the consequences of a bill still being written. And he said that while the plan allows for a $1.5 trillion revenue loss in a decade “statically scored” (i.e., not allowing for the plan’s stimulative effects), the TPC analysis “ignored any growth effects from tax reform and suggested there would be none,” and “makes assumptions that would deliver” a $2.4 trillion revenue loss. He questioned the TPC scoring for this number “when there is agreement that the bill has to score” $1.5 trillion.

This detonated Harvard professor and former treasury secretary Lawrence Summers. While praising “civility in public policy debates,” Summers poured vitriol on Hassett, calling his analysis “some combination of dishonest, incompetent and absurd.” Summers was incensed about this Hassett contention: If cutting the corporate tax rate from 35 percent to 20 percent would mean that corporations would bring home the 71 percent of foreign-earned profits now kept abroad, over eight years, “the median U.S. household would get a $4,000 real income raise.” Summers says that Hassett’s assertion that the corporate rate cut “will raise wages by $4,000 in an economy with 150 million workers is a claim that workers will benefit by $600 billion or 300 percent of the tax cut!” Hassett’s comparatively laconic and heroically patient response:

Summers ignores the “deadweight loss” from taxes on production – the economic activity that does not happen because of those taxes. Because Summers mistakenly assumes that the only economic factor affected by cutting corporate taxes is government revenue, he mistakenly considers it impossible to reduce government revenue by $1 and have workers gain more than $1. But corporate tax reductions are not transfers of money from government to workers; they are catalysts for increased economic output, making American investment more attractive and the United States more competitive. The size of the economic pie isn’t fixed. Hence the bipartisan support for aspects of President Barack Obama’s 2012 proposal for cutting corporate taxes. And Senate Minority Leader Charles E. Schumer (D-N.Y.) supports some cuts because workers gain from increased competitiveness. The debate is about not whether but how much heavy corporate taxation suppresses workers’ compensation by blocking various channels to wage growth.

Hassett and the Council of Economic Advisers’ platoon of PhDs – perhaps America’s best economics “faculty” – might be mistaken about this or that. Dealing with a dynamic economy’s multitudinous variables, they understand the fatal conceit of thinking that even the immediate future can be planned. From the 1862 Homestead and Morrill acts through the GI Bill and the Interstate Highway System, the federal government has planned the long-term knowledge, skills and infrastructure prerequisites for economic growth. These, however, are – even given the accelerated velocity of economic change – easier for government to plan than are short-term consequences of fiscal and monetary policies.

It is said that if you want to make God laugh, tell him your plans. In her prepared remarks to University of Virginia Law School graduates last May, Catherine Keating, chief executive of Commonfund, said: “Don’t count too much on your plan. The world just moves too fast today.” It used to take 25 years for a new product, like the automobile or the TV, to reach 25 percent of the U.S. population. “Facebook did it in five years, and some mobile games have done it in months. It took Hilton Hotels almost 100 years to acquire 800,000 hotel rooms. Airbnb acquired a million rooms in just six years. How do you plan for that? You can’t. Don’t even try.”

Hassett’s job is to try. And the stakes are as high as America’s political temperature: If growth does not surge, distribution conflicts will.