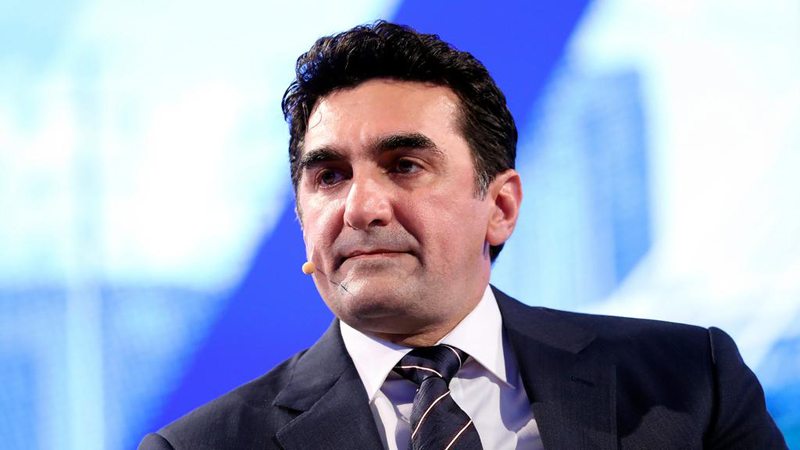 In New York last month, Yasir Othman Al-Rumayyan, CEO of the Saudi Arabian Public Investment Fund (PIF), was asked how its mission has changed from the original mandate when it was set up in 1971.

“Now, we’re looking at things differently. It has to make commercial sense, in addition to the developmental aspect. But it has to be efficient, because if it’s not efficient, it’s not going to work out,” he responded.

That, in a nutshell, is the new face PIF is showing to the world, and which will be on prominent display in Riyadh next week when it hosts the Future Investment Initiative in front of $22 trillion worth of executives, financiers and policymakers.

The initiative is billed as PIF’s debut on the sovereign wealth fund (SWF) stage, declaring its ambition to be among the biggest SWFs in the world and to be the spearhead of the Vision 2030 strategy to diversify the Kingdom’s economy away from oil dependency.

But it is also a declaration that PIF in future intends to make money for Saudi Arabia. It was interesting that, in New York, Al-Rumayyan shared the platform with Lloyd Blankfein, chairman of Goldman Sachs, perhaps the most hard-nosed of the money machines in the world of global finance.

The “developmental aspect” the Saudi mentioned was the raison d’être of the old PIF: To invest the Kingdom’s oil earnings in the structural, social and cultural life of the Kingdom, regardless of the financial return.

Now, that has changed. There is still a developmental aspect to its investment work, in the sense that the Vision 2030 plan is concerned with the long-term development of the Kingdom. But it will be undertaken with an eye firmly on the bottom line and on sound investment principles. Otherwise, to repeat, “it’s not going to work out.”

The new PIF attitude has been much in evidence over the past year. The eye-catching stuff came in the form of the $3.5 billion investment in Uber, and the agreement to put up to $45 billion in the Vision Fund run by SoftBank of Japan.

High technology investment has been a theme of the new look PIF. In addition to Uber and SoftBank, it has interests in the Saudi telecoms operator STC and the e-commerce platform Noon being rolled out by Dubai’s Mohamed Alabbar. It has also pledged $1 billion to help Saudi smaller businesses, many of which will inevitably be in the hi-tech field.

But it is not all about technology. PIF’s portfolio also includes stakes in prime industrial companies like Sabic, Saudi Electricty and mining company Ma’aden. In transport it has interests in shipping, rail and airports.

In financials, it has stakes in banks like NCB, Samba and Riyad Bank, as well as the Riyadh stock exchange, Tadawul. In food and agriculture it has interests in companies like Savola, Americana, Nadec and Almarai.

All in all, PIF already has a commanding position across the Saudi economy. Just how much bigger this position will become is one of the questions delegates to the Riyadh initiative conference will be posing.

Will it be the ultimate holding company for Saudi Aramco, the national oil company which – we are assured – is still on track for the biggest initial public offering (IPO) in history on a global exchange? This idea was floated at an early stage, but there has not been much detail added to the broad outline.

The Riyadh audience will probably also want some indication of the current value of assets under management at PIF, in order to gauge how close it is to its goal of being one of the biggest SWFs in the world.

At the moment, according to the Sovereign Wealth Fund Institute, Norway’s Government Pension Fund is the biggest, with assets of about $950 billion, followed by the Abu Dhabi Investment Authority on $828 billion and the China Investment Corporation on $813 billion.

PIF, by comparison, has only $183 billion of assets by the Institute’s calculations, way behind the foreign exchange assets of the Saudi Arabia Monetary Authority, on $514 billion.

If the assets of Aramco and other Saudi government-owned corporations were to be injected into PIF, it would at a stroke make it by far the biggest SWF in the world.

Generally speaking, there are two kinds of SWFs: those that accumulated their assets through the revenues from oil and gas – like most of the Middle East ones – and those that built up their capital through export and trading expertise – like Singapore’s GIC and Temasek, for example.

Some, like the UAE’s Mubadala, got their seed capital from oil but are trying to develop and build an industrial base at home in order to ultimately become a non-commodity SWF. That would seem to be the PIF strategy too, but we shall all be a lot wiser after next week’s event in Riyadh.