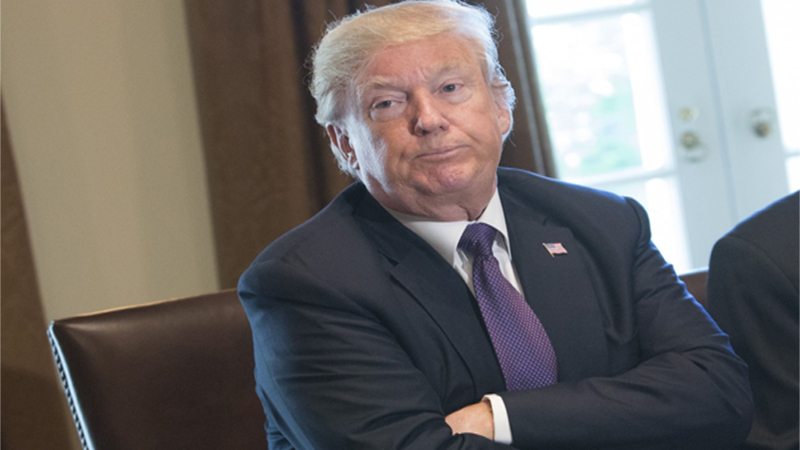 So now we know: Free trade causes abortion, wife-beating and infertility. This exciting new discovery was made — or, rather, made up — by the Trump White House as it sought to find arguments to justify scuttling the Trans-Pacific Partnership, NAFTA and other vehicles of international trade.

The Post’s indispensable Damian Paletta reports that the two-page document, which he obtained, was “prepared and distributed” by Peter Navarro, an economic adviser to President Trump who directs the White House Office of Trade and Manufacturing Policy. It was “presented without any data or information to back up the assertions” to Trump administration officials as they deliberated over trade policy.

Now, it’s true that job loss can lead to social ills, but the Trump White House officials involved in such social-science “research” made some enormous leaps of logic — that the social ills are caused specifically by the loss of manufacturing jobs and by nothing else, and that the job losses are caused by free trade rather than, say, productivity, technology or the failure of government policies. To use the technical, social-scientific lingo, Navarro “pulled this one out of his butt.”

On Wednesday, the day Paletta’s piece appeared in the newspaper, Attorney General Jeff Sessions boasted to the Senate Judiciary Committee that “we have already reduced .?.?. by half” the big backlog in administration responses to congressional inquiries. This sounded impressive until the panel chairman, Sen. Chuck Grassley (R-Iowa), pointed out the nonsense on which that statistic was based: Trump declared that the administration would no longer respond to inquiries from Democrats or even Republicans who aren’t committee chairmen — thereby throwing out inquiries made by 83 of the 100 senators. Voilà: Backlog reduced!

There is something charming and elegant about the White House’s sophistry, both in Sessions’s backlog calculation and in the free-trade=spousal-abuse logic. Essentially, Navarro identified two occurrences that may or may not be related and, without furnishing any evidence, proclaimed a correlation.

By that same logic, it would be fair to argue that the growth of free trade is also responsible for Harvey Weinstein’s treatment of women, the rise of fidget spinners and the noxious habit of dabbing.

But why stop at free trade? Let’s apply the White House’s logic — identifying two things that correlate and capriciously declaring causation — to President Trump and his actions.

Using the White House method, we can conclude that Trump’s election has caused: a surge in inflammatory bowel disease and erectile dysfunction and, at the same time, record-high levels of chlamydia, gonorrhea and syphilis.

We can conclude with confidence that attempts to repeal Obamacare have caused the deadly forest fires in California.

We also know that the recent solar eclipse was caused by New Jersey Gov. Chris Christie lounging on a beach in New Jersey after a state government shutdown closed beaches to the public.

Trump’s withdrawal from the Paris climate accord caused Hurricanes Harvey, Irma and Maria, the Colombian mudslides, deadly monsoon rains in Bangladesh and an earthquake in Mexico.

His ban on travel from certain Muslim countries resulted in the U.S. men’s soccer team’s failure to make the World Cup.

His environmental deregulation led to the death of Tom Petty.

And his attacks on the media have produced an increase in obesity, suicides and the Zika virus.

On the positive side, his economic policies have ended the recession and sparked an uptick in economic growth. In Russia.

If you need supporting evidence for any of the above, don’t hesitate to contact Peter Navarro at the White House. And if he doesn’t provide you any? Well, as Trump likes to say: You knew what you signed up for.