The story of Malang Baba’s search for his beloved 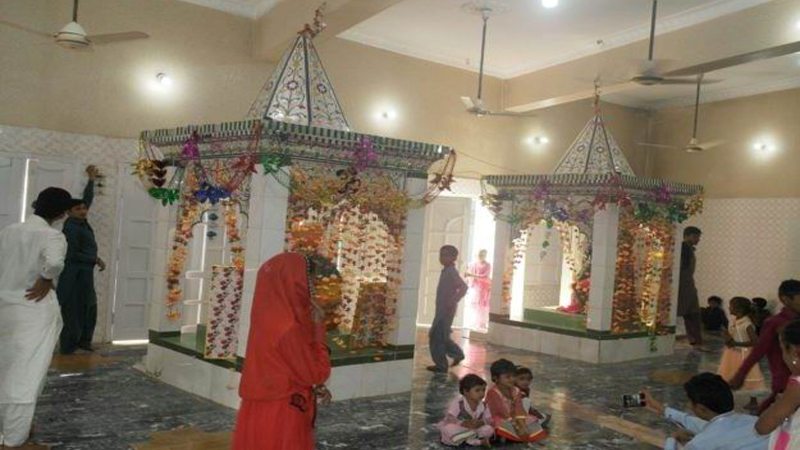 The 59th urs of Malang Baba has recently been observed at the shrine in Mirpur Mathelo, a town in Ghotki district of Sindh.

It is one of the most well known places in the city and is frequently visited by Hindus and Muslims of the area, as they believe that their wishes and dreams come true by visiting this shrine.

During the three-day festival, Malang Baba’s devotees from Balochistan, Sindh and Punjab visit the shrine and pay tribute to the great saint.

According to the local traditions, Malang Baba was born and grew up in the city of Bikaner, in Rajasthan, India. In search of his beloved, who had been married to a local of Mathelo, Malang Baba moved to Mirpur Mathelo in 1942. Soomro Ram, a local resident, told media, “Malang Baba had fallen in love with a girl who was married to a jeweller in Mirpur Mathelo.”

He was carried away by his love and he left his city, became a yogi and followed his love to Mirpur Mathelo. The level of infatuation was so high that he lost all concern for the world and its affairs. His strong love overtook him and he abandoned everything including dressing up. He would always be found naked under a tree. Whether it was cold winter or scorching summer, he was always seen in the same state. 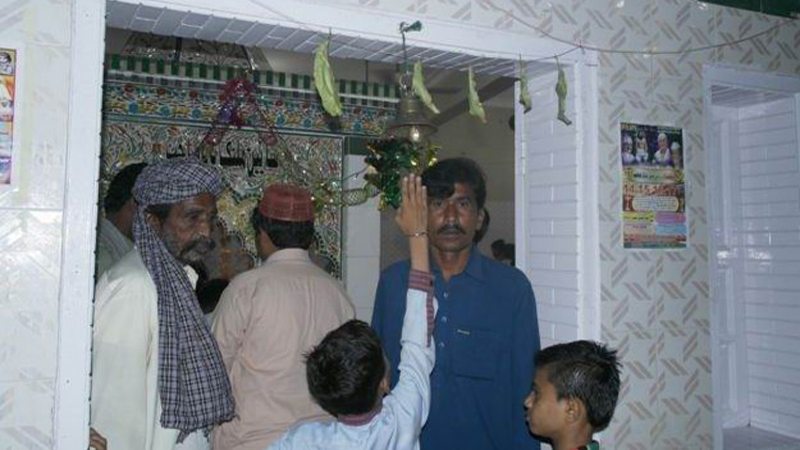 The local people relate that Malang Baba would never utter a word except for “Chai” (tea). He would never drink or eat anything except Chai. Though he would never speak a word, his eyes always looked for his love.

Once in the coldest part of the winter, it rained heavily and the area under the tree was flooded with rainwater. People thought Malang Baba must have passed away. When the rain stopped, some people went to the place and saw his hair floating in the water. They pulled him out and to their great surprise, found him alive.

He got carried away by the intensity of his love and left his city. He became a yogi and followed the girl all the way to Mirpur Mathelo. The level of infatuation was so high that he lost all concern for the world and its affairs. His strong love overtook him and he abandoned everything including dressing up. He would always be found naked lying under a tree

Later, when Malang Baba died there was a dispute among Hindus and Muslims about his burial rites. The Muslims took him for a Muslim and wanted him to be buried as per Islamic traditions and the Hindus claimed that he was a Hindu and wanted to cremate his body.

An administrative officer in the area settled the dispute. The body was handed over to the Hindu community, as the Baba was not circumcised. The locals unanimously declared him a saint. A shrine was erected at his abode and the annual festival started thereof. 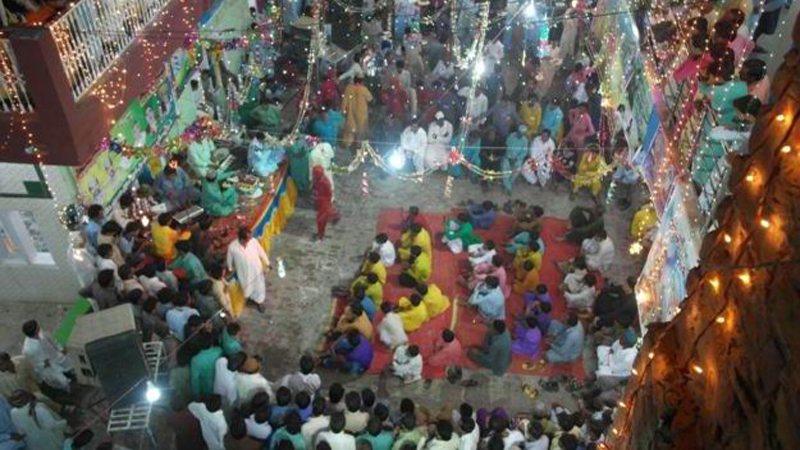 During the festival, Muslims and Hindus gather and sing bhajans

Balam Ram, a devotee of Malang Baba, has been serving at the shrine since he was blessed with a son after visiting the shrine 15 years ago, according to him.

Another devotee, Mukhi Ram was disabled with an ailment and could not even sit when he visited the shrine for the first time. He started cleaning the shrine and slowly regained perfect health.

There are countless such anecdotes of people getting well after visiting the shrine of Malang Baba. It’s the belief of people that all diseases can be healed with the blessing of Malang Baba!

The article originally appeared in PakVoices. The writer is a citizen journalist based in Rahim Yar Khan