In South Asia, Nuclear arsenal is seen as a great equaliser and the ultimate tool to counter adversary’s present or future conventional strength

The strategic framework in South Asia is comprised of a bipolar equation between India and Pakistan, inter-connected with a regional security complex and other major powers. In South Asia, it is believed that peace and stability can only come about with nuclear weapons.

Nuclear arsenal is characterised as a great equaliser and the ultimate tool to counter the adversary’s present or future conventional strength. Pakistan’s strategists identify conventional military imbalance to that of India’s and believe nuclear weapons are a safe alternative to avoid a dangerous conventional arms race. India should realise that by developing nuclear weapons and compelling Pakistan to follow suit, it has neutralised its conventional advantage.

Moreover, nuclear weapons have played a significant role to revolutionise the relations amongst major powers and South Asian states. The positive trajectory of Indo-US nexus, and Trump’s ‘do more’ rhetoric for Pakistan has made South Asia’s strategic environment more complex and unpredictable. South Asian politics are going through profound changes since the announcement of a new US strategy regarding Afghanistan.

The role of South Asia in the strategic calculations of the US cannot be ignored due to its continued interests in West and Central Asia. Pakistan-US relations have been in a critical position since President Donald Trump criticised Pakistan foreign policy in August this year. Trump’s harsh rhetoric shows that the Indo-US nexus is getting deeper in contemporary regional politics. Two factors are playing a compelling role to bring the US and India close, firstly the economic rise of China and the development of CPEC. 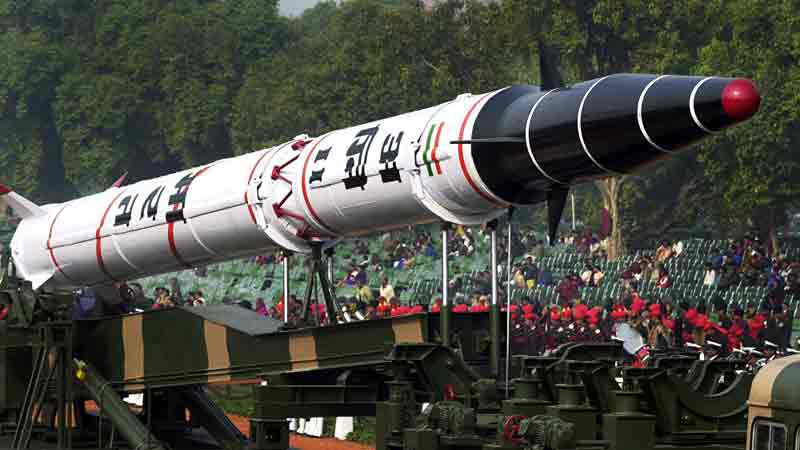 Secondly, Afghanistan is the main bone of contention in Pakistan-US relations. The US believes that the growing economic role of China and Russia’s resurgence in Afghanistan will affect the political influence and strategic interests of the US in the region. These factors are playing a key role in maintaining strong strategic ties between India and the US.

Trump’s inclination towards India is due to its’ policy of containment of China and strategic interests in Asia is attracting greater attention on New Delhi. For this purpose, the US is vigorously assisting India in modernising and enlarging its nuclear forces. Recent trends reveal that India is pursuing a long-term programme for conventional and nuclear force modernisation to achieve strategic objectives.

These objectives are manifested through the development of advanced technology and forced multiplier conventional weapon systems as well as improvement in ballistic missile and anti-ballistic missile system. India has many operational missiles in its inventory. India’s expanding nuclear capabilities with the significant improvement in range, accuracy, payload and reliability, is not only forcing the regional states to enhance their capabilities to ensure their security, but also to have the potential to impact the nuclear geometry of South Asia.

New challenges to security and peace are rising in the region. In a crisis, to maintain peace and stability in region, Pakistan is required to continue qualitative and quantitative improvements in its conventional and missile arsenals to offset the impact of India’s proactive operations (CSD) and Ballistic Missile Defence system. Pakistan on its part has responded to these challenges by developing a short-range, low yield, battle field weapon named as “NASR” and surface-to-surface ballistic missile, Ababeel. These developments are capable to demonstrate the complete credibility of its nuclear deterrence posture. Significant contributions of ‘Nasar’ and ‘Ababeel’ in the defence arrangements of Pakistan are bargaining chips to negotiate stability and security in South Asia. Another striking issue is that non-proliferation regimes especially MTCR and NSG are subjected to manipulation by the US for its own interest contrary to the purposes for the creation of such regimes. Such as India’s accession of Missile Technology Control Regime (MTCR) and the US support to India’s entry into nuclear cartels (NSG) while giving a false impression that it is neutral in this case, they have had the ability to pose deleterious effects on the India-Pakistan nuclear equation. 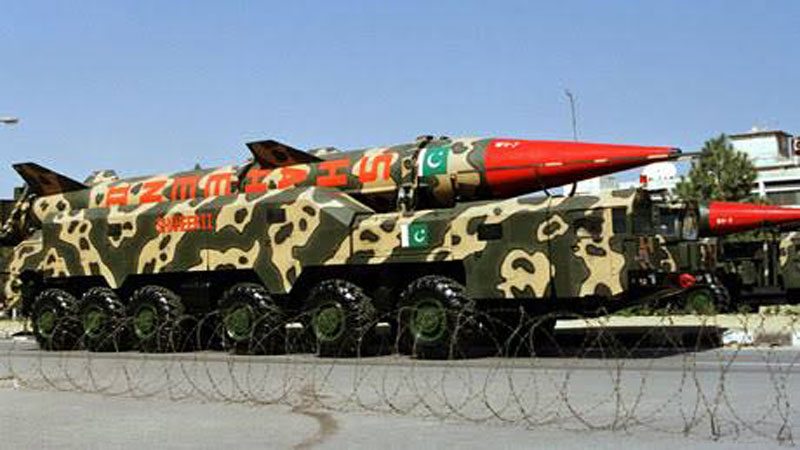 In the geo-strategic landscape of South Asia, Pakistan’s strategic partnership with China will have a balancing impact on growing strategic ties between India and US. Encapsulated by the US-India civil Nuclear deal. The United States’ commitments to facilitate India’s entry into export control regimes and Security Council has complicated the regional security environment. At the same time, Pakistan’s efforts to strengthen strategic partnerships with China and close ties with Russia will not be acceptable for president Trump. Pakistan should respond accordingly to these challenges by enhancing its nuclear capabilities as India is purchasing nuclear technology under the umbrella of Indo-US nuclear deal.

To conclude, the growing conventional and strategic force asymmetry between India and Pakistan, strong Indo-US nexus and India’s persuasion of regional war hysteria are the factors driving the region towards instability. In the evolving regional security dynamic, Pakistan needs to take necessary measures to maintain a full spectrum deterrence capability to safeguard national security and deter foreign aggression. Major powers, particularly the United States should implement policies to conciliate India-Pakistan rather than instigating instability in the South Asian region.