We don’t need a Yogi Adityanath of our own

The religion card always wins the day when wielded by extremists

Pakistan would undoubtedly have been rather less colourful had Divine Providence not bestowed upon us such characters as Captain (rtd) Muhammad Safdar Awan. And not to be left out, India was graced with Yogi Adityanath.

The good captain — like that other Kaptaan — is a man most at ease when shooting from the hip. Yet unlike the latter, the former has instructed our civil or not-so-civil institutions to cleanse themselves of the minority scourge, particularly the Ahmadis.

Thus ends the comparison with between the two.

In fact, Captain Safdar, to his immense discredit is beginning to sound more and more like the Yogi across the border. Adityanath, let it not be forgotten, infamously told Shah Rukh Khan that if the generous Indian public were to suddenly boycott his films — then he, too, would be left wandering the streets like a ‘regular’ Muslim. There is a difference between shooting from the hip and invoking the language of terrorists. And the lines are blurring between ‘gentlemen’ like these and murderously bloodthirsty men like Hafiz Saeed.

We must ask the good captain this: who does he think he is? What secret super power does he have at his disposal that has sufficiently fortified him to challenge the Constitution’s fundamental premise that all citizens are equal before the law?

Since we will likely have to wait quite a while for his answer, we can occupy ourselves by looking, in the meantime, at his record, which someday may speak for itself. Our old pal Safdar joins the Army, the very same that is now the target of his vitriol; from there he makes it all the way to Prime Minister House; elopes with his game; re-emerges as a bureaucrat; doffs these borrowed robes in favour of the sherwani of the statesman.

Forbes magazine, each year, publishes a list of people to watch out for in the future. If it were up to me — I would add Captain Safdar’s name quick as a flash. Now, tell me honestly, would any of you be in the least bit surprised if our old chum ends up getting for himself a spot at the top, just like that other fortunate, though altogether more notorious, son-in-law?

Those who formed the IJI to secure then protégé Nawaz in the battle against archenemy Benazir Bhutto, have, today, introduced the MML. This dirty trick worked last time and almost did this time, too. Who knows what they will have up their sleeve by the time general elections swing by next year

Like other saintly men before him, the good captain is a frugal man. Look how he gets by on the meagre 1,500 Riyals that his benefactor has been coughing up over the years. Yet this hasn’t stopped him from working hard, at least since the 2013 elections, to represent the unfortunate people of Mansehra. Who are routinely to be found banging their heads as they ask forgiveness for whichever sin they had committed that wrought upon them such calamity.

His public image is a carefully crafted one. It sees him embrace secularism and religious pluralism both; thus can Captain Safdar be found to enjoying Diwali or Christmas; or displaying such progressive credentials as eating the same aaloo-gosht as Indians. Yet this mask has been slipping, of late. And what it has revealed is not pretty. An ardent devotee of the great martyred Mumtaz Qadri. Which, naturally, begs the question as to whose face is he showing?

His own or that of Nawaz Sharif?

In other words, I am not sure how much importance we should afford the good captain’s nonsense, if he is, indeed, speaking only for himself. If, however, he is echoing His Master’s Voice then we have entered into another ball game altogether. For there is no getting around the fact that the PMLN is the country’s biggest political party. It represents largely — or perhaps more accurately, solely — the Punjab; where it has always been easier to incite religious disharmony. And if Captain Safdar is successful in igniting the flames of hatred that he appears so intent upon doing, where will it end?  Who will the fire engulf? Will it be ‘only’ Ahmadis who are shown the door? Or will this be just the start?

It was, of course, Zia who first got hooked on playing this very dangerous game; one that fragments society and shatters national unity. And all for what? So that he could maintain his illegal iron-clad grip over the country. It has left behind debris that no civil or military government has ever been able to clean up over the last 40 odd years. It makes one wonder whether this was plan all along. Meaning, is the PMLN today playing sport on the pitch that its spiritual father had laid the ground work for so long ago?

When Nawaz started with his secular talk, I, for one, was extremely happy. Given my belief that we had already passed through the terrifying phase that the rest of the world was only just now coming to grips with. 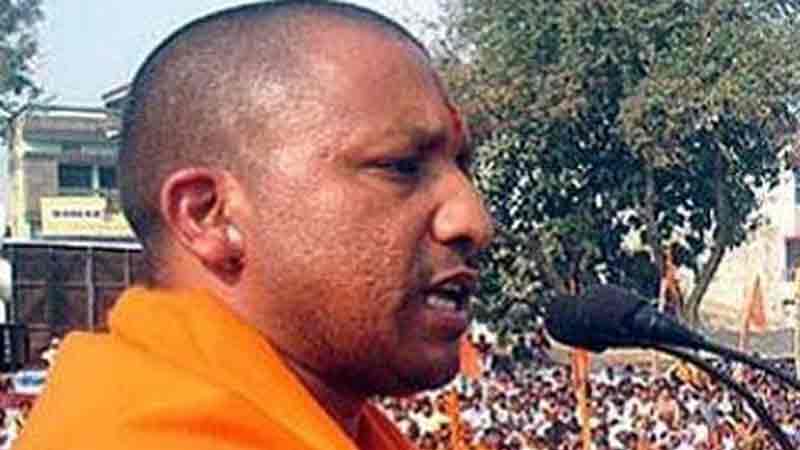 In other words, when folk like Modi, with his bloodstained record in Gujarat and Trump, with his wildly inflammatory remarks against Muslims, women and other minorities were elected to power in two of the world’s most important countries — I admit I felt certain smugness. Over the assumed certainty that the people of this country were more mature, having never elected fanatics to represent them. The NA-120 by-poll has made me think twice.

It is like watching a macabre action replay of sorts. Those who formed the Islami Jamhoori Ittehad (IJI) to secure then protégé Nawaz Sharif in the battle against archenemy Benazir Bhutto have, today, introduced the Milli Muslim League (MML) to do the same to him. This dirty trick worked last time and almost did this time, too. Who knows what they will have up their sleeve by the time general elections swing by next year.

But the Adityanaths, the Modis and the Trumps of this world have been created to counter powerful and popular forces. The first two fuelled Hindu extremism in India to diminish Congress. Trump, for his part, wooed the white supremacist vote to defeat Hillary Clinton. Similar efforts were made in Pakistan at the time of the 1977 petro-dollar movement. These succeeded only when the umpire himself decided to enter the game. The IJI raised pro-Islamic slogans against Benazir. The religion card always wins the day when wielded by extremists.

So while the powers-that-be have come up with the MML to counter Nawaz, one can’t help but think that they may have overlooked one small detail. Namely, that being himself a Punjabi who enjoys both popular support and a huge vote bank — does he really need an Adityanath for that extra push?

We’ll have to wait and see.

The writer is an independent political analyst based in the USA