When I learned an offshoot of the festival was coming to NYC I could not miss the opportunity of seeing and hearing about the best art, literature and political thought of Pakistan. And after a long and cold winter in New York, the weather has changed — the whole city is now decorated with many colourful flowers and the New York Asia Society, which hosted the event, was decorated with art from all across Asia as well as Pakistan

The LLF launched five years ago in Pakistan. It provides a platform for authors, writers, poets, artists and activists to publicly share and discuss their ideas and interests with a growing audience of discerning and critical Pakistani intellectuals as well as intellectually curious young people. When I learned an offshoot of the festival was coming to New York I knew I could not miss the opportunity being offered by my adopted country of seeing and hearing about the best art, literature and political thought of Pakistan. And after a long and cold winter in New York, the weather has changed — the whole city is now decorated with many colourful flowers and the New York Asia Society, which hosted the event, was decorated with art from all across Asia as well as Pakistan.

Even though I live in America, I continue to closely follow the art, culture and literature of South Asia. Lahore remains the centre of my cultural universe even though my horizon for art and culture has expanded immensely since coming to the US. Thanks to Ambassador Maleeha Lodhi and great art patrons and connoisseurs such as Razi Ahmad and Shaukat Fareed, Pakistani art and cultural performance are becoming relatively regular events on the New York cultural scene. Only recently, the first Pakistani film festival was held, also at the Asia Society; several Pakistani artists showed their work in different galleries; and Marvi Memom and Sounds of Kolachi performed a Sufi music concert. Now the LLF was giving attention to all forms of art in one space in an intense daylong festival — a true treat for all the senses.

To start off, the highly respected Pakistani journalist Ahmad Rasheed, Ambassador Robin Raphel who has with long ties to Pakistan, and Amna Nawaz, an internationally respected TV producer and journalist — discussed the current controversy over ‘fake news’ and it’s implications for Pakistani politics and journalism. This was followed by a panel discussion with the formidable artist Shahzia Skinder, Pulitzer Prize winning performance artist Du Yun, and the sensational young singer, Ali Sethi. All of the participants discussed their widely acclaimed collaborative multimedia artwork exhibiting now in the permanent collection of the Philadelphia Museum of Art. This was followed by a discussion on Sufism and music between the editor of the Daily Times Raza Rumi and Tahira Syed. Tahira then gave a wonderful surprise to the audience when she interrupted the talk to say: “Let’s stop the questions. Let me do what I do the best — singing.’’ The audience erupted into wild applause after she quite literally brought the house down with her exquisite rendition of abhi tou main jawan hoon.

For me, the festival’s best moments were not only those experienced in the auditorium — but those in the hallways, lobby and cafeteria, too. I had a chance to chat with many artists and performers whose work I admire. Novelists Mohammad Hanif and Nadeem Aslam were in the main hallway where I was able to chat with them. I sat next to art historian and author FS Aijazuddin at a lunch table for a discussion about art and politics in Lahore. I also met the emerging young artists, Salman Toor and Asim Fareed among many others. After every session concluded, people carried the conversation into the hallways. A local bookstore was selling books by featured festival participants. Many people, including me, jumped at the chance to have books signed. All of us were happy to take home with us our own mementoes of the festival.

The organisers left the very best of the festival for last. The Pulitzer Prize winner for his non-fiction work in the area of medicine, Siddhartha Mukherjee, an oncologist and medical researcher, surprised the audience with and outstanding classical Indian music performance. He knew his ragas well and sang them beautifully. It was truly an entrancing performance and deservedly received a standing ovation from the crowd. What a wonderful note on which to end the festival.

The LLF offered me a fabulous experience — as good as any to be found in New York — of my beloved Lahore and its culture. Of course, I still missed the entire experience of attending LLF-Lahore, such as a daylong outing with friends, browsing book stalls, experiencing the food of Lahore, or just sitting in the sun on the grounds of Alhamra Art Centre while, at times, people watching, at others, engaging in lively discussions.

It was a well-organised event that showed the multifaceted culture of Pakistan. Its timing could not have been better, considering the rise of xenophobia and Islamophobia in America. Cultural events and art represent the best antidote to the rise of extremism both in Pakistan and in the US. 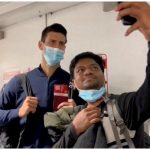 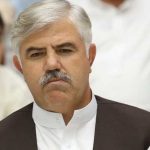