The fault in our origins

A key feature of the book is its analysis of religious difference. The most revealing example is the discussion on the ‘demon with ruby
eyes’ — a medium of mediation between sacral and political power that allows for accommodation between different faiths 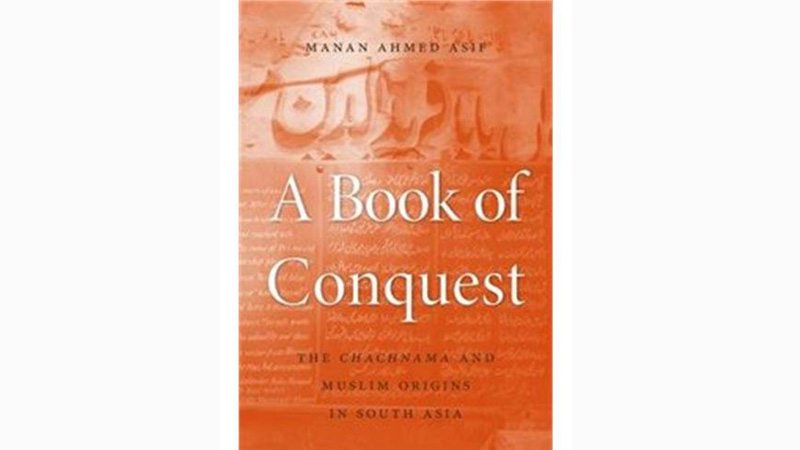 A Book of Conquest: The Chachnama & Muslim Origins in South Asia

Three weeks after the All India Muslim League (AIML) passed its famous Lahore Resolution, its district vice president delivered a public speech in Badayun explaining the Pakistan demand. Confident that Pakistan would be a viable state, Maulvi Musavvir Ali Khan gave the example of Muhammad Bin Qasim: ‘nobody could predict that the young 17-year-old Muslim general would lay the foundation of Islamic Rule in India’. The idea that Muslims arrived in India as part of a conquering army – and subsequently held on to their distinct identity – found expression in various public debates on Pakistan and continues to be invoked to this day. Manan Ahmed Asif’s book is arguably one of the most important recent interventions in South Asian historiography for its effort at demolishing this pervasive narrative of Muslim ‘foreignness’ to India as a retrospectively constructed myth.

Manan’s argument is fairly simple. Historiography in India has assumed that ‘Muslim’ as a broad category encompassing the followers of a religion alien to India was and is constitutive of a people who originally come to India from a foreign land. One major source of this popular assumption is – and Manan’s object of study – is Chachnama, a 13th century Persian text thought to be ‘a history of Muslim origins’. Widely believed to be a translation from a 9th century Arabic text that narrates the conquest of Sindh by Muhammad bin Qasim, the famous Muslim general from Baghdad, Chachnama was read by colonial historians as ‘A Book of Conquest’ (hence the title of Manan’s book), a narrative picked up by Indian historians. By undertaking an extensive re-reading of the text and locating it in the time and space of its production – 13th century Uch – as well as by tracing how the text was appropriated by early British historians, Manan argues that Chachnama is not a translation, not ‘a conquest narrative’, and certainly not ‘a source of Muslim origins’. Instead it is an ‘original Persian text’, a ‘work of political theory’, and ‘represents a politically heterogeneous world of thirteenth-century Sind’.

‘The past is another country’, wrote the famous British novelist, L. P. Hartley. Manan is only too aware of the epistemological obstacles to the kind of historical enquiry he is undertaking, and the problem ‘how do we read a text through space and read a space through a text?’ is one of the central questions shaping the book. Manan’s answer is a self-immersion in the space of contemporary Uch. By staying for months in the small city of Punjab, talking to its inhabitants and studying its built environment, Manan is able to read Chachnama as a living text, embedded ‘in the material and cultural history of contemporary Uch’.

This uncommon approach to historiography allows for crucial insights into the meaning of the text. A good example is the very idea that Chachnama was not a narrative of conquest but a work of political theory. The latter only occurred to Manan during a conversation with a local “historian” when he pointed out that as “a wise book of this very soil”, Chachnama contained “many lessons”. (p 80) The success of Manan’s method also raises questions on the traditional approach to Indian historiography, where scholars in the libraries of London and New York pore over archives that were themselves collected in places thousands of miles away; reading them in complete isolation from the space that produced them only increases the distance between the historian and her sources.

One outstanding feature of Manan’s work is his exploration of difference – political, religious, and social – in 13th century Uch, through a close reading of the underlying themes in the Chachnama. For instance, chapter three, ‘Dear son, What is the Matter with you?’, analyses a letter in Chachnama sent by Hajjaj bin Yousuf, Qasim’s uncle and the Caliph in Baghdad. Rebuking the young general for worrying about converting the locals to Islam, the letter reminds him that accommodating difference is better than overcoming it. Using such devices, the author of Chachnama is giving practical advice to the Muslim nobles in 13th century Uch at a time of political ferment, thus underlining Manan’s claim that Chachnama is fundamentally not about conquest but a treatise on governance, a product of its time.

The analysis of religious difference – that most wretched of questions in South Asian historiography ever since the region’s partition along communal lines – as articulated in Chachnama is one of the key features of the book. The most revealing example is Manan’s reading of accounts of the ‘demon with ruby eyes’ who appears in both Hindu-Brahmin and Hindu-Muslim encounters narrated in Chachnama. The figure is a medium of mediation between sacral and political power that allows for accommodation between the different faiths of the ruler and the ruled. Crucially, this ‘process of translation across sacral and political power’ depends on ‘mutually understanding religious difference within a shared conceptual universe’. Ironic, then, that efforts to understand religious difference in our time refer to the Quran being read in Catholic churches and feature calls for college courses on interfaith harmony. One could read these as signs that the ‘shared conceptual universe’ which once existed between followers of different religions has itself become secularised; religion has become peripheral to our understanding of ourselves and the world. This is one reason why we can no longer contemplate difference through the narrative use of a mediating symbol.

Chapter three, ‘Dear son, What is the Matter with you?’, analyses a letter in Chachnama sent by Hajjaj bin Yousuf, Qasim’s uncle and the Caliph in Baghdad. Rebuking the young general for worrying about converting the locals to Islam, the letter reminds him that accommodating difference is better than overcoming it

At times, though, Manan seems to overstate the case for a religious reading of Chachnama. For instance, the argument that ‘the political model for understanding difference in Chachnama is not based on a mutually recognisable theology but on a political and legal understanding of governance’ presupposes a strict separation between a political/legal understanding of governance and a theological one. But if religion for premodern Muslims was not one set of concerns among others but rather formed part of their weltanschauung, then it is hardly surprising that works of political theory such as Chachnama do not make explicit mention of theological concerns in understanding difference, not because they were unimportant but because they formed part of the ‘shared conceptual universe’; one does not need to state the given. This does not rule out the possibility of their irrelevance, but only suggests an alternative reading of their absence.

Yet if Manan’s study of Chachnama allows us to rethink religious difference, it also argues for a rethinking of gender difference in 13th century Sindh. While most historians have ‘reduced the women of Chachnama to romantic and transgressive subjects’, Manan shows that a different reading emerges when Chachnama is relieved from the imposed weight of explaining the Muslim conquest of Sindh. Women such as the Queen of Aror and the daughters of Dahar emerge as ethical subjects whose agency is manifested both in their moral critiques of corrupt power structures and in their strategic manoeuvres during contests for power. As in other places throughout the text, Manan buttresses his claims through other texts from the same period showing that his is not the exceptional reading. He also draws a fascinating contrast: Pakistani state narratives make no mention of any of these women, and are rather centred on the helpless, captive Muslim women whose despairing call was answered by the heroic Qasim. Other forms of being women are consciously erased in these narratives and in the process those women themselves are vilified – or worse – forgotten. This book is one attempt of giving life to those voices, but at the same time reminds us of the innumerable voices that have been subdued and those that await resuscitation. It also highlights the importance of breaking away from studies of Muslim women whose implicit or explicit point of departure is their role in the lives of Muslim (male) conquerors.

By undertaking an extensive re-reading of Chachnama, a 13th century Persian text, Manan Ahmed Asif argues that it is not ‘a conquest narrative’, and certainly not ‘a source of Muslim origins’. Instead it is an ‘original Persian text’, a ‘work of political theory’, and ‘represents a politically heterogeneous world of 13th-century Sind’

This book is also an excellent example of the enormous potential of postcolonial studies in helping us revisit and thus to reimagine India’s precolonial past. Manan shows how colonial historians appropriated Chachnama to showcase Muslim brutality to a native Hindu populace subsequently subjugated for centuries until the benevolent British arrived to free the “native” Hindus from the “alien” Muslims. Although challenged and contested by nationalist and communal historians in its details (specifically in the nature of Bin Qasim’s conquest), this narrative defined the contours of thinking about Muslim presence in India. By thus laying bare the afterlife of the Chachnama, Manan shows the pervasive influence of colonial ways of thinking on the ways we understand our past – and, therefore, our present.

Manan’s prose is simple and engaging, and the book should be accessible to circles beyond academia. Ultimately, this book is important for the larger questions it forces us to ask. If we accept that ‘instead of narratives of arrivals, we need a consistent history of being Muslim in India’, what does that mean for the way we think about ‘Indian’ and ‘Muslim’ and the way in which India’s past has been recorded in history? Manan’s work is pushing us to undertake a fundamental shift in the way we approach South Asian history. By problematising one particular originary narrative, this book opens up the possibility of questioning other originary narratives. At a time when Hindu far-right groups are growing in influence under the BJP government in India, such projects have attained utmost significance. For – as Manan notes in closing – the stories we tell do have consequences.

The writer is a senior year student in the bachelors of liberal arts programme at IBA, Karachi