Karachi political parties gearing up for next general elections 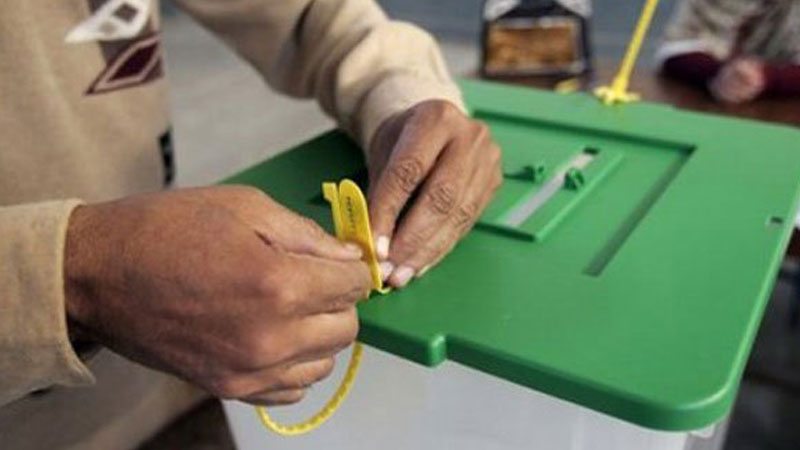 KARACHI: As the next general elections approaches, political parties are gearing up for contesting for Karachi’s 20 National Assembly seats.

In the last elections, 17 of these seats had been won by the unified Muttahida Qaumi Movement (MQM).

Karachi city faces multiple issues, including poor law and order situation, a damaged infrastructure, unclean drinking water and electricity problems. A party that vows to resolve all these issues can gain the support of Karachites.

Joining hands with Irfanullah Marwat is also a part of the PPP’s strategy to keep the MQM divided.

Pakistan Tehreek-e-Insaf (PTI) has emerged as the strongest party on the national front. However, it has not been performing well since 2013 elections. It has missed the chance to bridge the gap created after the united MQM’s split.

These days the party has got sizeable presence in Sindh as well as other provinces. Elected representatives of the local bodies have expressed their reservations against the top leadership of the party for ‘choosing’ and ‘ignoring’ party workers on ‘favoritism’ basis. They accuse PTI Sindh president Dr Arif Alvi, Karachi president Firdos Shamim Naqvi, Haleem Adil Shiekh, Imran Ismail and Ali Zaidi for hijacking the party. They also say that they have approached Imran Khan, but no action has been taken. The party must resolve their internal issues. Otherwise, it will not be able to perform well in the upcoming elections.

Jamaat-e-Islami had a sizeable share in the politics of the city. However, it is on the decline for various reasons.

The performance of the party remained unsatisfactory in the local government elections as well. There are chances that JI could join hands with the PTI to contest the next general polls as they did in the 2015 local elections.

MQM used to dominate politics in Karachi. However, it has been facing many issues after Altaf Hussain’s diatribe against state institutions. The party is split into three main factions: MQM-London, MQM-Pakistan and Pak Sarzameen Party.

Confusion remains about the leadership and representatives of the London-based party. However, the elections will determine its real position. Despite its boycott of the PS-114 by-poll, Kamran Tessori of the MQM-Pakistan was able to get only 18,000 votes. Frontrunner Saeed Ghani of the PPP had bagged 23,000 votes.

On the other hand, Pak Sarzameen Party chief Musfata Kamal is on an eight-day visit to the rural areas of Sindh.

He is trying to cash on his past achievements. Political pundits believe that he must focus on urban-politics and must get a good grip on things in Karachi before venturing into rural areas.

On the other hand, the PML-N has been ignoring Sindh. However, the recent visit of Prime Minister Shahid Khaqan Abbasi to Naushehro Feroz is being considered hugely important. During his address, he had asked the PPP to support democracy.

Though, the PPP is yet to give a satisfactory response to the PM, it is strongly believed that both parties must join hands to deal with challenges facing them.

The PPP and PPP might need to rethink their electoral policies if they want to win more seats from Karachi where a political vacuum has been created in the absence of the Altaf Hussain-led MQM..