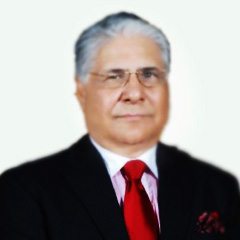 Any silver lining to the impending water crisis?  I

The annual monsoon rains and occasional floods in Pakistan are reminiscent of Samuel Coleridge’s predicament; simultaneously one feels guilty visualising the women in Thar carrying water pitchers on their head for hundreds of meters in the blazing sun, juxtaposed with lawns being watered in Pakistan’s cities.

Once a water-surplus country with large quantities of water-resources via the Indus River System, Pakistan is now a water-deficit country. The Falkenmark Indicator, which is based on a survey of various countries and the per Capita water usage therein, had arrived at four categories ie No Stress, Stress, Scarcity and Absolute Scarcity, where respectively per capita availability in cubic meter is more than 1700, between 1000-1700, between 500-1000 and less than 500 cubic meters was categorised as absolute scarcity. At present, the annual per capita water-availability in Pakistan is about 861 cubic meters (m3); below 1,000 m3, countries begin experiencing water scarcity. The situation in Pakistan indicates that the country is nearing conditions of absolute scarcity.

The surface water resources of Pakistan mainly consist of the Indus River and its tributaries, which provide about 147 MAF during flood season where about 9 MAF is lost due to evaporation and seepage, leaving the net availability at 138 MAF. Out of this 106 MAF is diverted into canals while 32 MAF is lost to the sea. Around 39 MAF is being extracted from the ground, bringing the total water available to 145 MAF.

The population of Pakistan was 207,800,000 in 2016 and is estimated to reach 371,000,000 by 2050. Presently, the annual water availability of 145 MAF feet, comes to 861 Cubic Meter per person. Assuming that the current water availability of 145 MAF remains constant, even then the per capita water availability shall reduce to 482cubic meters by 2050. If the current agricultural production is taken as a base which meets all the food, industrial and other human requirements of the country by consuming 145 MAF per annum, then with population growing by two percent PA the minimum every sector of economy has to grow at least by 2 percent every year just to sustain the current living standards (which already are nothing to be proud of). Consequently, after 9 years, (till 2025) the water requirement will rise by at least 18 percent, meaning our annual additional need shall be 26 MAF. The country has no set plans to meet these needs.

“Pakistan Vision 2025” which was issued by the Ministry of Planning on 29 May 2014 recognises that sufficient, reliable and cost-effective availability of water — for now and the future — is indispensible in ensuring sustainable economic growth and development. The primary goal of this vision was to Increase the water storage capacity in a manner which is applicable to the requirements of each province and in line with defined strategic needs and international benchmarks. Currently this is 30 days to 45 days by 2018, and 90 days by 2025.

The Vision 2025 (issued two years ago) emphasised on the implementation of a National Water Policy. A NWP was drafted in 2012 which was supposedly forgotten by everybody but it was dusted again, amended and reissued in July 2015 and has been presented to the Prime Minister for approval in February 2016 but is still not out. The guiding principle of the policy is stated to be; equity, efficiency, participatory decision making, sustainability, transparency and accountability.

The draft of the National Water Policy does not tell us when, where and how the government shall fulfil it’s vision of increasing the storing capacity to 45 days need  by 2018 and to 90 day’s need by 2025. After reading this policy, one is not informed on how Pakistan will be able to overcome this imminent and present catastrophe.  It neither gives any plan to tackle the water scarcity issue nor any blue print on investment to increase water supply.

The state of water reservoirs is not very encouraging. The total reservoirs, even if the under implementation projects are completed by 2025 the reservoirs shall be merely 29.598 MAF. Keeping ourtrack records at constructing dams in view, the planned projects probably won’t be completed till 2030 even if funding for Diamer Bhasha is arranged. The dream of increasing the storage capacity to 45 days’ need by 2018 (additional 8.934 MAF) does not seem to be achievable as no reservoir shall be constructed by that time, except with the possibility of Gomal Zam with 1.140 MAF capacity. To increase the storage capacity to 90 days requirement, we need to store additional 35.736 MAF water which needs 6 dams equivalent to the size of the Tarbela Dam, which requires billions of dollars in investment. Any type of such project remains absent from the drawing board and the required money remains unavailable. The current water storage capacity of Tarbela, Mangla and 17 other small/medium dams is 17.868 MAF which is stated to be sufficient for 30 days requirement.

Readers may draw their own conclusion as to whether this Vision 2025 is realistic, in the short run — by 2018 or in the long run — by 2025. Meanwhile the water shortage keeps creeping in.

The water shortage is exasperated as a result of falling water tables, desertification, increasing industrial water usage and reduction in storage capacity. The availability of water is reduced furtherby contamination from industrial waste and sewage. These eventually seep into the country’s ground water, which is the same water the majority of the country drinks. This contamination is directly responsible for 70 percent of the country’s water borne diseases.

The water shortage is exasperated as a result of falling water tables, desertification, increasing industrial water usage and reduction in storage capacity. The availability of water is reduced further by contamination from industrial waste and sewage

In Pakistan, agricultural irrigation inefficiently uses over 95 percent of the country’s water resources to support one of the lowest productivities in the world per unit of water. Pakistan’s excessive cultivation of water intensive cash crops like sugarcane and rice has increased the stress placed on it’s water reserves. 38percent of Pakistan’s irrigated lands are water logged and 14 percent are saline; and saline water has intruded into mined aquifers. An alarming decline in water tables has occurred in Balochistan, as well as an increased reduction in sweetened water in the lower Indus basin. It seems an accepted fact that the Indus Basin irrigation system, the only source of water in Pakistan is vulnerable. There is a drastic need to explore alternative water resource development and management techniques. Because the dams we have are losing their capacity to supply water. This problem can be countered by building reservoirs. Apart from mitigating the water shortage issue these reservoirs will also generate electricity at a very cheap cost.

According to a study by the International Water Logging and Salinity Research Institute, ground aquifers are receding by 16 to 55 centimetres annually in Khyber Pakhunkhwa and parts of Punjab. The agriculture sector, which is the main consumer of extracted ground water, has started digging deeper wells with bigger suction pumps. Baluchistan is entirely dependent on rainfall and groundwater. The local farmers used to rely on ‘karez’ system of irrigation which used the gravity method to store the water into ditches, to be used for crops. However, due to the receding water level, the karez system has become ineffective. 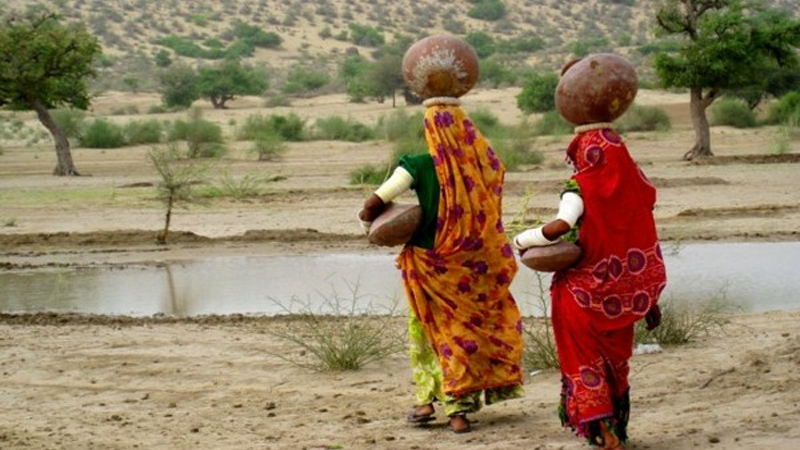