Following up to this ‘International Day of Girl’, which is celebrated every year on the 11th October, we decided to feature some of Pakistan’s bravest women activists who are working to empower not only women in their country but also influence young women and girls through their incredible work in Pakistan, we went ahead to ask them what would they like to say to girls out there.

‘International Day of Girl’ is a day to recognize how hard it is to be a girl especially in a world where every 10 seconds an adolescent girl dies due to an act of violence, in Pakistan alone data on gender-based violence is often non-existent and policymakers are not able to properly formalize strategies that seem to combat such violence against women and minor girls.

In honor of this day, we decided to showcase the struggles of some of Pakistan’s leading activists who are working for young women and girls particularly those most at risk, these amazing women heroes through their inspirational work are not only able to send a message of change but also be the driving force for change across the country. 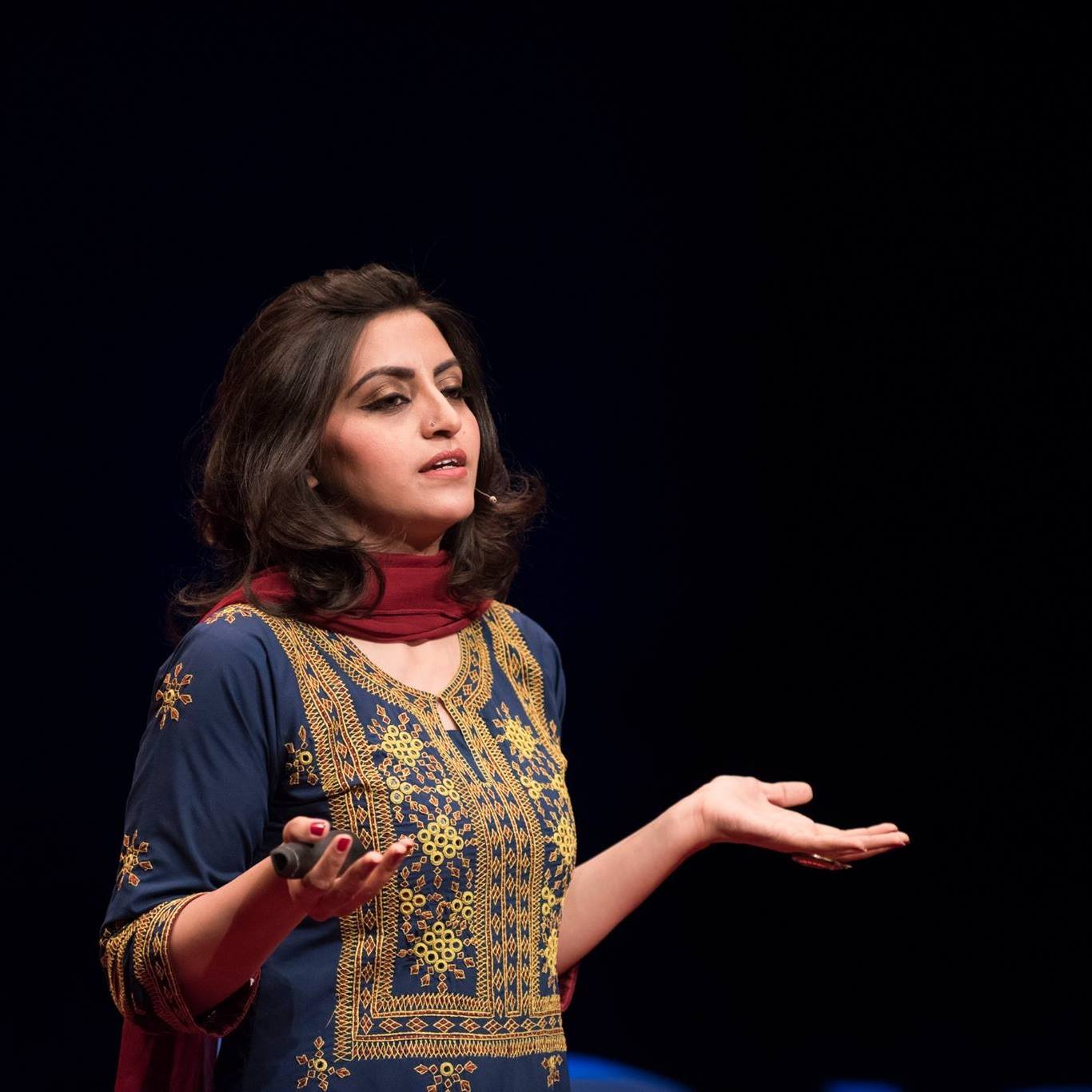 Gulalai Ismail, a Pashtun human rights activist from Pakistan and chairperson of Aware Girls, a non-profit known for her extensive work on women’s rights issues and combating of extremism through female literacy especially in the conservative Khyber Pakhtun Khwa (KPK) province of Northern Pakistan.

Just last month, Gulalai along with the slain Indian activist Gauri Lankesh was jointly awarded the Anna Politkovskaya Award which is awarded to activists campaigning against extremism in their respected countries.

We went ahead and asked some questions related to the importance of this day. Following were the questions.

What inspired you to work on the issues you do?

The discrimination faced by young girls in their daily lives is what motivated me not to remain in silence. From a very young age, I observed that in our culture girls are lesser human beings, less valued, and are given less access to their basic human rights. Most of my cousins and girls from my neighborhood were never allowed to complete their schooling and were married off at a young age.

Young women and girls who would get an education were considered to be very lucky, and then being allowed to be teachers was a cherry on the top. It bothered me that the whole brought up of girls centered around the theme of “preparing them for the other house” i.e. preparing them for their role of serving as a “good wife”; a girls’ brought up was not about realizing her potential and helping them achieve their goals.

Mostly girls are supposed to follow the script of life that our patriarchal society has already laid out for them. I know, Pakistan is changing and there are many many young women and girls out there who are able to have access to their rights and fulfill their dreams, however, I am concerned about the majority of the girls in my community who are still considered lesser human beings.

In Khyber Pakhtunkhwa, only 8% of the girls are able to complete 10 years of schooling. Imagine, will these girls ever be able to break the cycle of oppression if they are deprived of their very basic right to education? I was not INSPIRED, I was BOTHERED, extremely BOTHERED by the situation and that is the reason that 15 years ago back in 2002, my sister Saba and I decided not to remain silent about the situation anymore.

We decided to reach out to other girls and young women and take action to change the situation. That’s how we initiated AWARE GIRLS and then a campaign for mobilizing young girls and women to speak out about their rights. 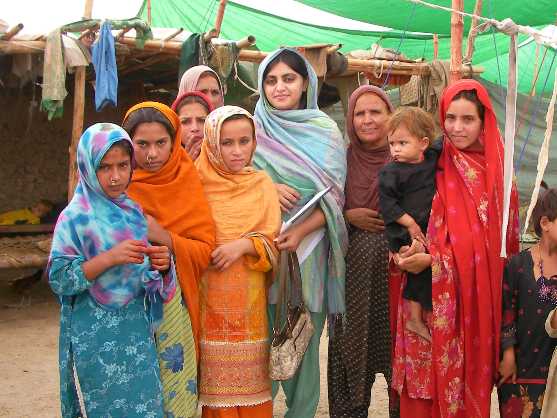 What do you feel are the most pressuring issues which need to be addressed for girls in Pakistan?

All human rights abuses taking place against girls are equally important to be addressed; however, the two most important issues which are affecting every aspect of girls’ lives are early/forced marriages and lack of access to quality education.

If this country is even barely serious about development then it has to invest in eradicating early/child marriages and has to increase access of girls to quality education. As I said, alone in Khyber Pakhtunkhwa only 8% of the girls are able to complete 10 years of schooling. The old literacy rate definition of just being able to read and write one’s name won’t help.

Early child marriage is not just a human rights’ issue, it is a development issue and a health disaster. Research also proves that girls who are married at a younger age are at a higher risk of maternal mortality, have limited access to health care, are more vulnerable to domestic abuse and aren’t able to contribute to the economy.

This country has to commit to providing at least 12 years of extremely good quality education to girls. Not making quality education accessible to girls and letting them getting married at a young age is a criminal act of our nation.

How are you able to influence change through your work, what challenges have you had to overcome to be who you are?

My focus is to mainstream young women and girls into the public sphere enabling them to access their human rights. I have been working on increasing young women’s political participation so that they are able to be part of the decision making processes.

Similarly, we’ve also been working on the girls’ right to education along with Malala. I am one of the Gulmakai’s Champion of the Malala Fund, I am strengthening leadership skills of girls both who are in school and out of school enabling them to engage with policymakers for addressing policy barriers to girls’ education. My strategy is to engage girls and young women and enable them to speak out for their rights; I am investing in developing a generation of girl leaders. 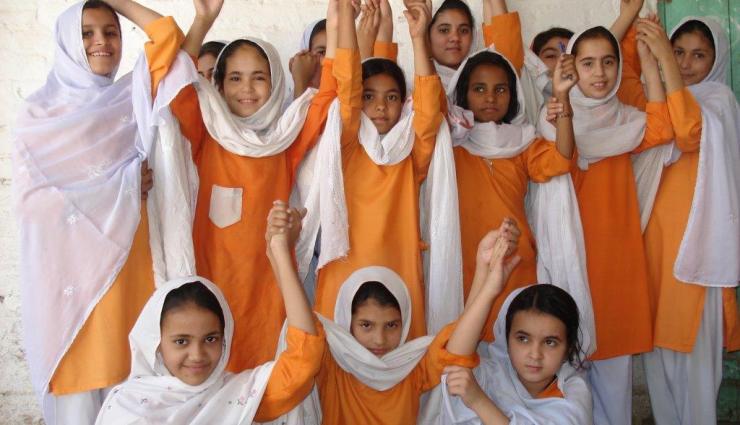 What is your message to young girls out there?

Currently, the standard 10th class book in Khyber Pakhtunkhwa romanticizes honor killing. There’s a whole story of honor killing in the name of “Lok Story”. Culture cannot be used an excuse of romanticizing honor killing. We have to disown parts of our culture which are anti-women and anti-human beings. -Media needs to stop romanticizing gender biases. Most of our drama Serials romanticize gender biases, domestic abuse and portray a negative image of working women. – My message is my mission in life and that is to end gender-based violence especially domestic abuse, which should be criminalized and justice should be made accessible and women-friendly for all.