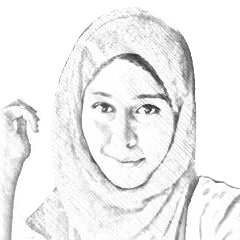 THE book “Destined for War: Can American and China Escape the Thucydides’ Trap,” written by Harvard Kennedy School professor and political scientist Graham Allison invented a term to describe a war deriving from the fear that an established power hold in the face of an opponent’s rise. The word “Thucydides Trap” comes from the fifth century BC. The Athenian historian known for his “History of the Peloponnesian War,” as Allison mention that, recounted the bloody Greek historical war between Athens and Sparta as having resulted from a well-armed city-state’s fear of an opponent’s rising. The rise of China offers a standard Thucydides trap.  If we look back in history, China’s economy was only a tenth the size of the US economy in late 80s, but it is said that by 2040, it will be three times greater than the US economy. China imagines itself the greatest power in the Asian region, regardless of US commitments and alliances with allies in the region.

Most leaders and researchers, who have looked thoroughly at US-China relationship, may argue that, in this modern nuclear age, neither side is likely to go to war deliberately. A minor clash is possible in the South China Sea, which can be deteriorated into a serious issue.  After the election of Donald Trump, Allison said: “If Hollywood makes a movie on US-China, where China, pitting against the United States, then the director could not find two better leading actors than Chinese president Xi Jinping and American President Donald Trump. Because both personalities personify their country’s deep aspirations of national greatness.” seriously, both of them “classify the nation ruled by the other as the principal hurdle to their dream”.

The US and China policy-making includes extensively diversified interest groups with different stakes, distressing one country’s policy towards the other

The rivalry between US-china in the states of security, protection and the economy will intensify. In the aspect of security, the most important problem is the growing clash over the South China Sea. It has been a longstanding issue between the two countries, and has triggered severe crises in back 1994, 2001 and 2009. China is justifiable to defend its territorial integrity, when considering the surging public opinion and the very high political consultation that the Chinese government has suffered.

The Chinese movement will not stop its pace and will never wait for the United States to adjust its strategy.  On the other hand, the new elected president of United States Donald Trump will be eagerly looking for ways to “make America great again.” Thus, the consequential competition will make it more difficult for the two states to go on security and economic issues. The key challenge for both states is to be successfully tackled domestic issues and maintain economic growth for both regions. According to the US News, in 2015, America’s trade deficit with China sat at a record $365.7 billion. That’s equal to half of the total US trade deficit last year.

Hence, it is proved that Americans believe that China will surely one day outshine the US as global economic superpower. US businesses are becoming reliant on China for future growth. There are a few reasons that US-China relationship make it profoundly improbable that they will fall into the Thucydides Trap.

One of the most fundamental effects of China’s “peace mission” is that the US and China have grown to be irrevocably interdependent. Whilst all the issues among the two international locations have worldwide implications, many of humanity’s most intractable global challenges (the climate exchange) can hardly be controlled, cannot be solved, without conversation, consultation and cooperation between the US and China.

The US-China relationship can be defined by internal politics. The US and China, policy-making include extensively diversified interest groups with different stakes, distressing one country’s policy towards the other. The labor unions and business industries might be facing difficulties with change between America and China that disrupts jobs within the US.

Furthermore, interdependence on the worldwide economic integration has eroded the inspiration for a zero-sum game that is vital for the belief of the Thucydides entice. Policy-making in both countries would have to be sociopolitical positioned. The world can be politically divided in a black-and-white, wherein state players may want to (or might must) select sides.

Consequently, the problem  isn’t that those great powers may not find themselves rivals, but that framing the opposition in power and structural phrases, while an attractive tool, can also in analytic phrases represent a trap hindering higher US-China family members. However, with the aid of framing it inside the structural phases of the Thucydides trap, the dangers that policy makers and specialists will never see the policy options, based on what Allison describes as “a protracted pause for mirrored image.” Ultimately, it will likely be human business to solve crises, devise formulation, and negotiate the understandings and agreements with a purpose to make it viable to navigate the political implications of converting strength configurations.

The writer is a freelance journalist and researcher