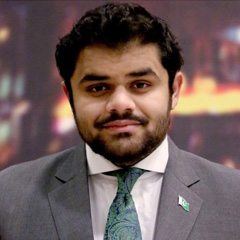 Of mental health and the victim card

On the October 21 2016, a three-member bench of the apex court, headed by then Chief Justice Pakistan Anwar Zaheer Jamali ruled that schizophrenia was not a mental illness which would disqualify one from being sent to the gallows. This was ostensibly done to ensure that certified schizophrenic Imdad Ali would be hanged for his 2001 murder of a cleric. The next week Imdad became the victim of Pakistan’s merciless hanging spree since the lifting of the moratorium on the death penalty following December 2014’s Peshawar APS attack. In the wake of the attack, three branches of governments, spearheaded by a fourth military branch devised a “National Action Plan” with its salient points being the establishment of military courts and the reinstatement of capital punishment. The political efficacy of such measures and their role in deterring terrorism is a topic for another time, but one thing is certain; there has been a gross violation of the rights of the disabled and the mentally ill. As human rights lawyer Saroop Ijaz describes it, in its “populist pandering” the state has violated the United Nations disability rights treaty that Pakistan ratified in 2011. Imdad is the latest in a series of such victims. Kaneezan Bibi was another such example. She was convicted for a murder in Toba Tek Singh in 1991 with compelling evidence to suggest that she suffers from psychosocial disabilities yet President Mamnoon Hussain rejected her mercy plea making her the ninth woman to be hanged in Pakistan’s history. Khizar Hayat, another paranoid schizophrenic who spent three years in the prison hospital was not spared either.

All of this touches on a much larger point. Often the left in the West and elsewhere is visibly outraged after the perpetrators of events such as the Aurora shooting or the Sandy Hook massacre are painted as “troubled white youth” with “mental health issues” and those of, say the Orlando massacre or the San Bernandino shooting are instantly labelled as “terrorists”. Almost like clockwork, the left rises in flagrant protest after an attack that isn’t blamed on a “terrorist” on the inconsistent way in which the label is applied. Many Black Lives Matter activists have asserted that whilst black, Hispanic and Muslim criminals are seen as perpetrators of drug crime, gang violence or religious terrorism, the same is not true for white Caucasian males.

Regardless of media bias or xenophobia, there is one very simple reason for the this: the stigma attached to mental health problems in communities of colour. Deepa Bharath of the Center for Health Journalism at USC Annenberg contends that mental illnesses affect one in five Americans but less than half the amount of Latinos and Asian-Americans as opposed to white patients are willing to seek treatment for it “because of a mistrust of mental health services and the stigma associated with mental illnesses”. This disparity of minority mental health could result from poverty, lack of access and perceived social stigma but until this gap is addressed, double standard will persist.

A dissimilar suppression takes place in Pakistan. Conservative estimates say that 13% of the population is afflicted with mental health problems yet the WHO reports that “only 400 psychiatrists and 5 psychiatric hospitals exist within the entire country for a population exceeding 180 million. Roughly translating to an alarming psychiatrist-to-person ratio of 1 to half a million people.” PTSD, depression, anxiety and schizophrenia are generally written off as trivial matters by most members of society. Patients are treated as having been “erroneously diagnosed” as Arif Mahmood contends. To make matters worse, some are diagnosed as being under the influence of the supernatural or worse black magic and thus sent to spiritual healers and hakeems or asked to renew their faith in Allah. This discrimination coupled with petty and blinkered social attitudes and lack of resources or government attention creates an environment where mental health patients are relegated to Sufi shrines or ill-equipped institutions. Whilst the psychological exploitation of young boys at the hands of innumerable Lashkars, Sippahs and Jaishs is evident, the liberal outcry for secularising the education system is not an answer to this. Counselling services need to increase manifold before anyone can cry foul about Western media biases and play the victim card.

On the second day of November 2016 Imran Khan’s party will “shut down” Islamabad bringing hospitals, schools, offices and courts to a standstill. Mere miles away in the wee hours of the same day, Imdad Ali will have already been executed, unaware of his own reality. There is no better allegory for a disarray of national priorities.

Zarnaab Adil Janjua is a student of Public Policy at the Wagner School at New York University. His interests include cricket, South Asian politics and political Islam