It was dark and the three of us decided to escape the urban bitterness of the metropolis and embrace the wilderness. We decided to travel to Swat valley, the heaven on earth never witnessed by any of us before.

We left Lahore at 10 PM and after travelling for 9 hours straight, we reached Buner. Upon sheer insistence of a friend named Asad, a resident of Buner, we had a delicious breakfast at his place. Buner, now a separate district was once part of the princely state of Swat before the latter’s dissolution.  Buner is a place with extraordinary beauty – surrounded by lush green mountains and host to exotic scenery. 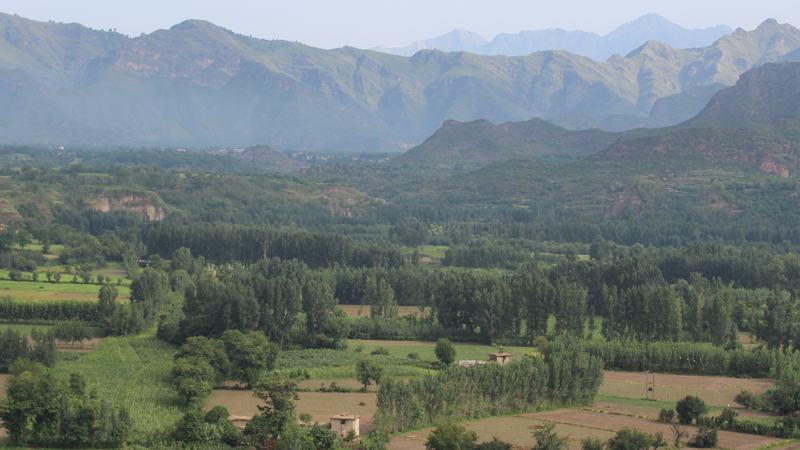 Followed by an up-sky snaky road and a mountainous top, Khalel is a region that gives a bird’s eye view of the whole valley. There is a saying among the natives, ‘‘if it were possible to build a road to the sky, the people of Buner would have made it’’. 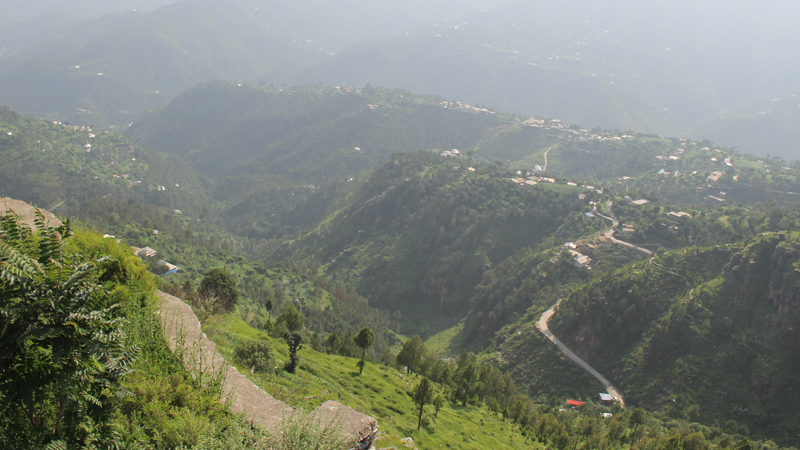 After staying the night in Buner, we travelled to Shangla the next day, which was once a part of the princely state of Swat. After that, we followed the snaky road and reached a place that was relatively narrow. Cradled between the green mountains, a flowing waterfall, it is called Yakh Tandae, which in the local language means “cold valley.” 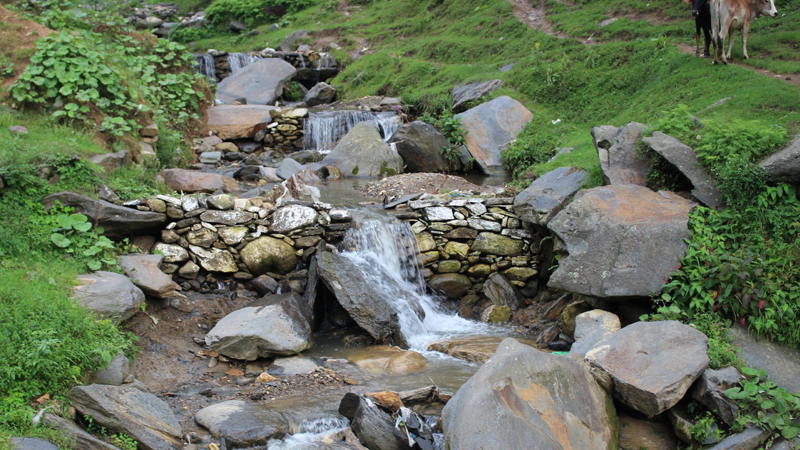 After bidding farewell to Shangla, we left for Mingora. Tired and sleepy, we were quite fortunate to find a good hotel alongside River Swat at a reasonable price. The next day we decided to visit White Palace, Marghazar. Itis a site ofhistorical importance because the Wali of Swat built it and Queen Elizabeth II, who once stayed there, said that Swat was as beautiful as Switzerland.

We were still undecided about visiting Kalam. Everyone had a different opinion and our resources were limited and our destination was still 6 hours away. Somehow we managed to rent a car for 2000 rupees and the next day we left Swat at 7 AM. On the way we crossed beautiful and scenic towns of Madyan and Bahrain, around 12 PM we reached Kalam. Although Kalam is just 36 kilometer away from Bahrain, it took us two and a half hours to complete the journey because of the rugged terrain. 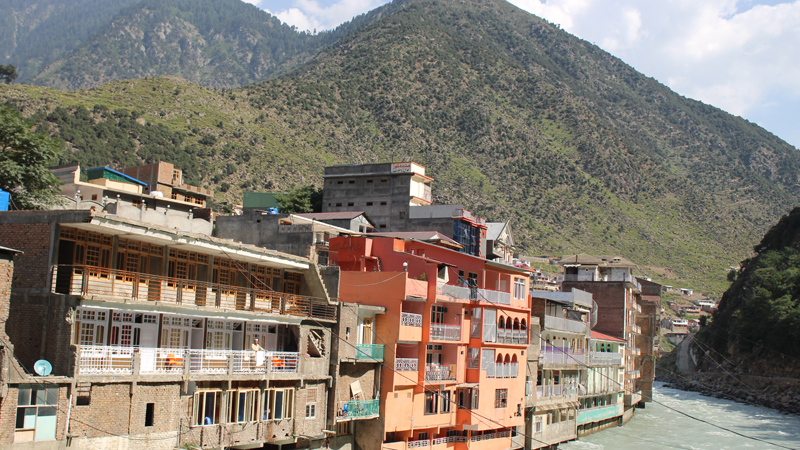 Kalam really is heaven on earth. There was cool breeze blowing, a wild blue river passing by and the change in temperature was sudden and unexpected to us. Our driver was anative and when asked about the waters of Kalam, he said, “The water that flows in the river is not water but wine”.

Kalam is not place for a one-day visit – it is a place where you should spend a week at least. It is a rocky area, clothed in green trees and bushes, with a strip of river cutting the area in between. Enchanting forest, topsy-turvy valleys, planes in between mountains, scenic views and a roaring river flowing between. All this in one place sounds to good to be true, but is a reality when in Kalam.

Next day we hiked to Byoun Top, the view from up there was thrilling and the breeze was pure. It was dark when we came back to our hotel but we could still hear the sound of the river and it was like music to our ears. With hot coffee in our hands, we stood in the balcony, which faced the river.

We woke up after a long and relaxing sleep and travelled back to Swat the same day, with regret in our hearts over not being able to visit Mahodand Lake. We travelled from Swat to Besham and from there to Shinkiari. The next day we were back in Lahore – back to the urban monotony.