IN his address to the nation on Monday evening, President Donald Trump explained that his “original instinct,” when he came into office, “was to pull out” of Afghanistan. But “decisions are much different when you sit behind the desk in the Oval Office,” and so he, like his two predecessors, has determined that US forces will remain there. “The American people are weary of war without victory,” he explained. So victory is what the president promised them. Specifically, he pledged to apply force strategically in order “to create the conditions for a political process to achieve a lasting peace.”

On five separate occasions, President Trump referred to a “new strategy” for Afghanistan, but the details are sketchy. Don’t be distracted by the assertions that Trump expects more of our Afghan partners, or that he will put pressure on Pakistan-and we really mean it this time. The relevant point is this: presented with an opportunity to end the US war in Afghanistan, Trump chose to keep it going.

And going. “A core pillar of our new strategy,” he explained, is “a shift from a time-based approach to one based on conditions.” Withdrawal, should it ever come, won’t be based on “arbitrary timetables.” Although he said “our commitment is not unlimited, and our support is not a blank check,” make no mistake: the US military presence is open-ended.

Why did a man who regularly railed against Washington insiders for their foolish wars ultimately sign onto a continuation of America’s longest one? Trump’s scepticism of the war in Afghanistan goes back at least six years. For example, on October 7, 2011, he asked on Twitter “when will we stop wasting our money on rebuilding Afghanistan?” Less than six months later, he tweeted “It is time to get out of Afghanistan…It is not in our national interest.” In August 2012, he called the war in Afghanistan “a complete waste.” And declared it’s “time to come home.” As late as December 2014, he blasted President Barack Obama for “keeping our soldiers in Afghanistan for at least another year.”

Based on these comments, and Trump’s professed scepticism of the foreign policy establishment’s playbook, it wouldn’t have been a great shock if he chose to walk away. On the other hand, Donald Trump hates losing. And leaving Afghanistan in its present state would look a lot like a loss. What’s more, if he were to withdraw all US troops from Afghanistan, and something bad were to happen at a later date (e.g. terrorism here, attacks against Americans there, Taliban resurgent) he would forever be blamed.

He could, and probably would, attempt to shift blame to his predecessors. But the fact would stand: Trump chose to withdraw US troops after his predecessors had chosen to leave them in place, and the bad thing happened on his watch. That that bad thing would not have happened if the troops had stayed will be assumed, although such claims are untested and untestable. Just ask Barack Obama. On Monday evening, as he had many times previously, Donald Trump blamed the rise of ISIS on Obama’s decision to withdraw from Iraq in 2011.

President Trump’s rhetoric echoes the conventional wisdom in Washington. Few presidents are criticized for using military force. More often, they are hit for not intervening often enough. Or trying hard enough. Or long enough. Withdrawal without victory is a particularly odious sin.

Therefore, when Donald Trump was presented with an opportunity to redirect US attention and resources, he ignored both the reasonable and well-considered suggestions to withdraw, as well as the foolish and quixotic proposals. Instead, he chose to kick the can down the road. Although he didn’t tell the American people how many additional troops will be sent to Afghanistan, increasing the size of the force already there will not be sufficient to turn the tide there, a point that he admitted during his speech. American military power is insufficient to bring an enduring political settlement to a country the size of Afghanistan. 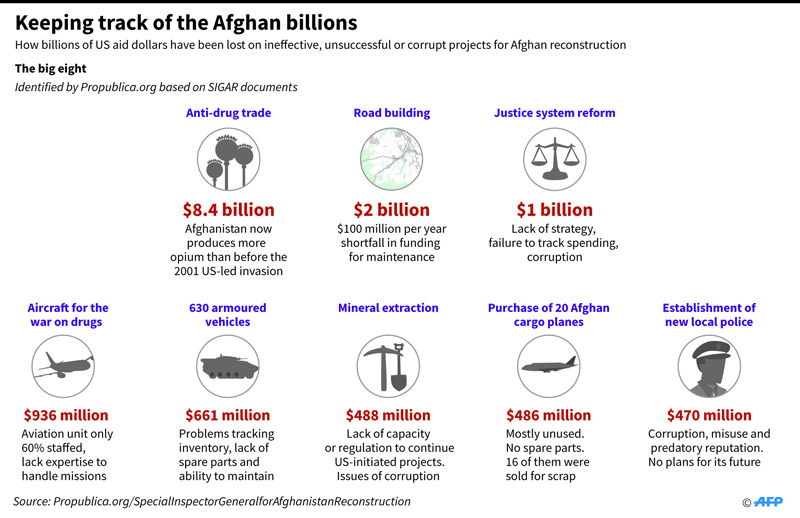 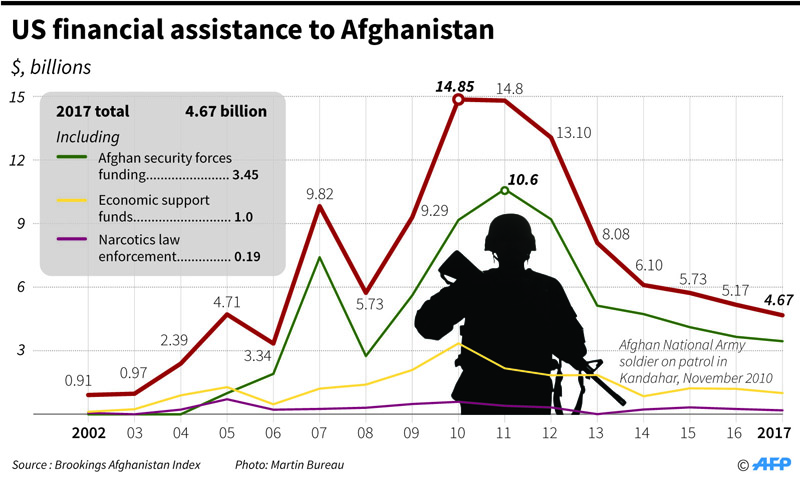 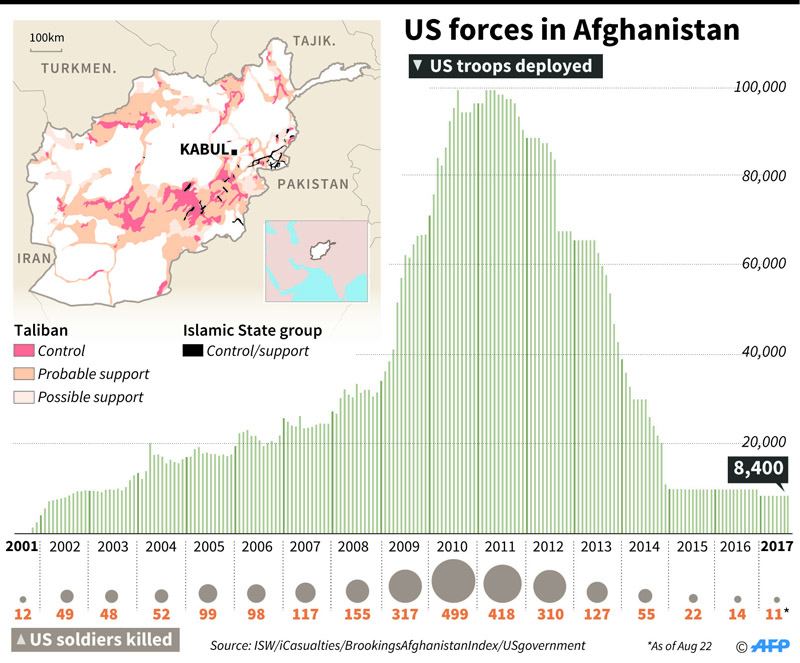 But while leaving US troops in Afghanistan hasn’t made it easier to win (whatever that means), Trump has made it harder for his successor to leave at a later date. Imagine a scenario in the late summer of 2021, in which the next occupant of the White House is confronted with a choice on whether to stay or withdraw. He or she will agonize over it-as Trump did, and as Obama did, too.

In all likelihood, that successor will also conclude that leaving isn’t worth the political hit. President 46 will leave the force in place, or modestly increase it, but without expecting to ever actually win, or ever quit. The object, as with Trump, will be to avoid the appearance of defeat. Lather, rinse, repeat. It’s a recipe for continual conflict.

When any president is given the option of either backing away from the use of American military power, or doubling down on past efforts, the easiest course-politically-is to continue the war. President Trump has chosen the easiest course. The man who prides himself on ignoring polls and focus groups, and making decisions on the basis of what is best for the country, has behaved no differently than his predecessors.