The do-it-yourself history of Pak-US relations

Relations between US and Pakistan were first cemented in 1951 when the Pakistani PM visited Washington and met the then US President Harry Atomic Truman.

Truman is said to have asked the Pakistani PM: ‘Do you do?’

The Pakistani PM replied: ‘Of course we do.’

Truman then said, ‘Done,’ and a friendship was struck between the two countries.

On his return to Pakistan, the PM briefed his cabinet about his meeting with the US President, saying: ‘to maintain our relations with the US we will have to do stuff.’

When a minister asked what kind of stuff, the PM replied: ‘You know, stuff like keeping the communists out, promoting democracy and setting up Coca Cola factories in Pakistan.’ It was this last bit which finally made the cabinet members agree to just do it.

From 1952 onward the US began to supply economic and military aid to Pakistan. 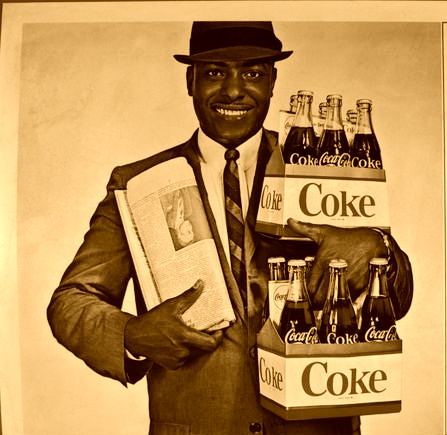 The first cache of US aid to Pakistan arrives.

Relations between the two nations continued to grow when in 1956, the then US President, Duckworth-Lewis Eisenhower, asked Pakistan to do and a very important do.

‘Of course, how can we not do the do?’ replied the then PM of Pakistan whose name has been lost to history because there were so many Pakistani PMs in the 1950s.

The ‘important do’ in this case was to allow the US to set up an air base in Peshawar from where the US spy planes could fly over the Soviet Union and see if the Soviets were developing a better and fizzier version of Coca Cola.

The air base was still functional when Air Water Field Marshall Sharbat Gul became President of Pakistan in 1959. The US Air Force plane which was shot over the Soviet Union in 1960 had taken off from this base. The pilot of the plane, Lieutenant Tom Cruise, is reported to have spotted a cola factory near Moscow when his plane was shot down by a Soviet surface-to-air—then-back-to-surface missile. 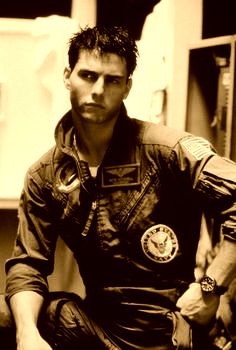 The US pilot whose plane flew from Peshawar and was shot down over Soviet Union in 1960.

In 1964 the US doubled its economic and military aid to Pakistan and also promised that it would share with the Pakistani scientists the secret Coke formula if Pakistan continued to do stuff. When the Indian intelligence agency RAWT managed to get hold of this information, the Indian Prime Minister Sri Chandan MohanPapaya, ordered his country’s armed forces to attack the Pakistani city of Lahore.

President Sharbat Gul asked the US to do for Pakistan what Pakistan had being doing for the US. But to Pakistan’s surprise, the US did not provide Pakistan with the military support that it had pledged. Many believed that a plot was being hatched to dismember Pakistan with the help of India, Israel and maybe even Iceland.

In a statement released by the White House, US President Lyndon B. Johnson & Jonson said: ‘The US has always desired peace in the Middle East.’ When he was told that Pakistan and India were not in the Middle East but South Asia, Johnson & Johnson said, ‘well, there was already a war going on in the South Asian country of Vietnam.’ When told that Vietnam was in South East Asia and not South Asia, Johnson & Johnson said that he was misled by his 4th grade geography teacher, Mrs. Patricia Wood, who he now believed might have been a communist spy. 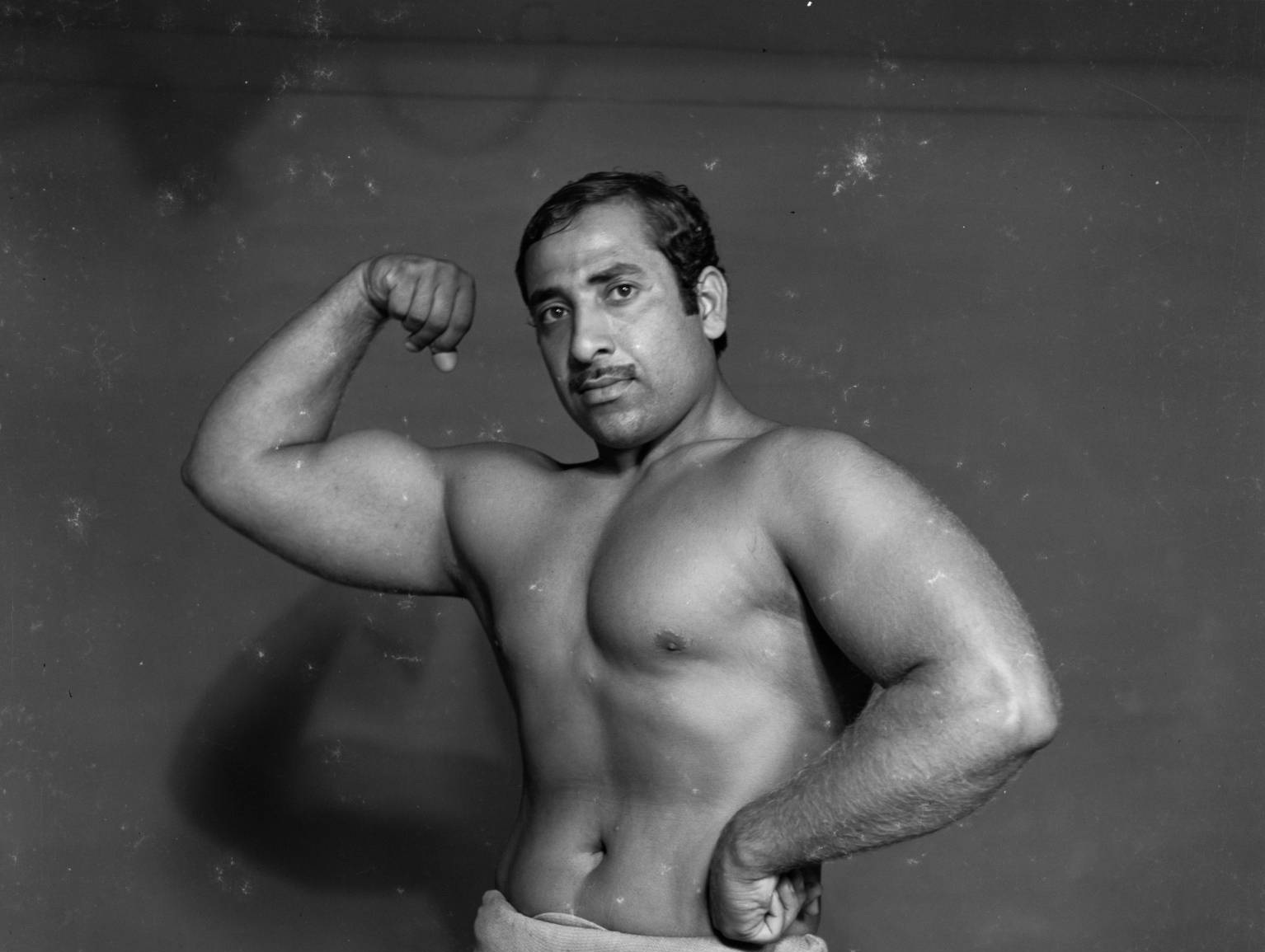 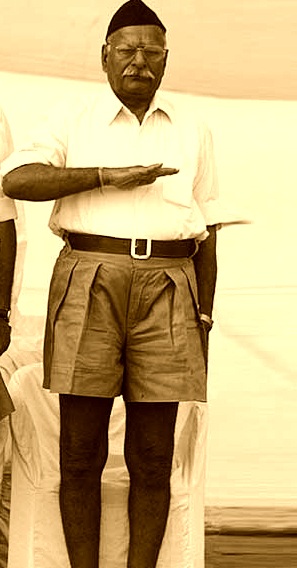 After the 1965 war between Pakistan and India ended in a stalemate, relations between the US and Pakistan began to nosedive. However, relations between the two countries improved when Sharbat Gul resigned and handed over power to Gen Kublai Khan. In 1971, the new Pakistani leader facilitated US President John Wayne’s historical visit to a Chinese restaurant in Karachi.

Gen Kublai was a tad confused by the maneuver but he did say that he enjoyed the chicken corn soup at the restaurant a lot.

Nevertheless, in 1971, when a civil war erupted in Pakistan’s eastern wing India entered the fray triggering another war between the two countries. Gen Kublia sent an urgent message to President Wayne: ‘Do?’

The US President replied: ‘No can do.’

The US refused to lift the arms embargo. By now, a majority of Pakistanis were convinced that indeed a plan was afoot to dismantle Pakistan with the help of India, Israel, Iceland, and maybe even Ireland.

The White House was quick to respond. US President John Wayne assured Khan that the US remained to be a strong ally of Pakistan and saw its existence as vital for the stability of the East African region.When told that Pakistan was in South Asia and not East Africa, President Wayne asked, ‘how come nobody tells me these things?’

It turned out that his 4th grade geography teacherwas also Mrs. Patricia Wood. 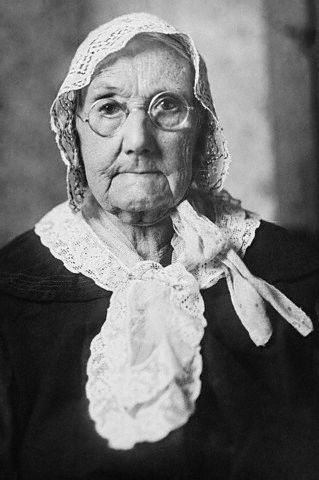 Mrs. Patricia Wood who taught geography to two future US presidents. Both went on to believe that she might have been a Soviet spy.

Relations between the US and Pakistan remained somewhat steady during the populist regime of Prime Minister Mao Tse Bhutto in the 1970s. Pakistan did not do much and the US didn’t ask it to do much. This is exactly what President Wayne’s Secretary of State Henry Bukowski wrote in his book, Much Ado About Nothing.

But things in this respect began to change again when Democratic Party candidate, Jeramiah Corny Carter won the 1977 US Presidential election. The US intelligence agency, the CAIO, briefed him, suggesting that Bhutto was planning to nationalize all Coke factories in Pakistan and maybe even making a stronger, fizzier cola.

In a brief message to Bhutto, President Corny Carter wrote: ‘Don’t do.’

In an equally brief reply, Bhutto wrote: ‘Don’t do what?’

But before Carter could write back, Bhutto’s regime was toppled by Gen Nasimul Hijazi. Then in 1979, Soviet troops invaded the Maldives.

In 1980 when Ronald McDonald replaced Carter as President, he asked Gen Hijazi ‘to do stuff.’ Hijazi complied because he saw the Soviets the same way President Ronald McDonald did i.e. as evil people who didn’t believe in Santa.

In 1981, Pakistan and the United States agreed on a $3.2 billion military and economic assistance program aimed at helping Pakistan deal with the Soviets in the Maldives. President Ronald McDonald hoped that the US and Pakistan could work together to once and for all eradicate the communist menace from the Australasia region. When told that Pakistan was in South Asia, the President remarked, ‘but communism is everywhere.’ He then added that the US will go to any length to save the sanctity of Santa. 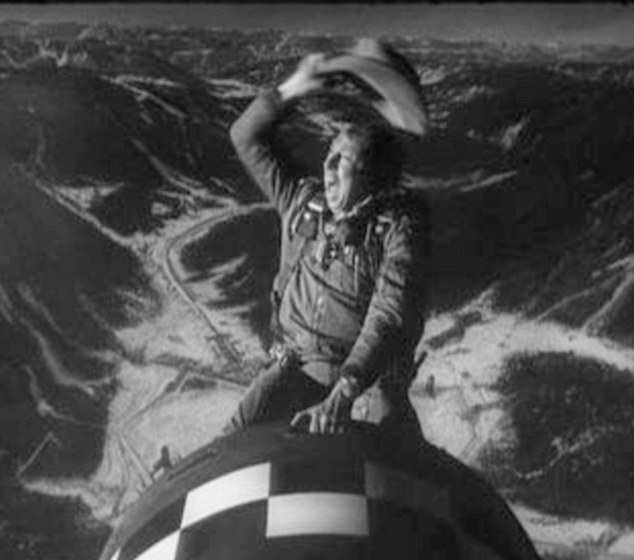 President Ronald McDonald delivering his first state of the union address on TV. 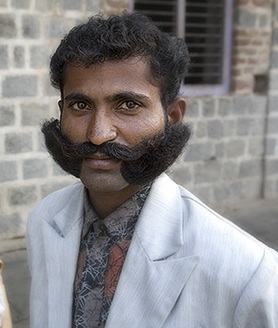 The charismatic Nasimul Hijazi during his 1985 visit to the US.

Hijazi turned Pakistan into an entirely pious nation which also helped him make the country the launching pad for an equally pious insurgency against Soviet forces in the Maldives. The insurgency was largely funded by the US, Saudi Arabia and Santa Clause. It was navigated by the Hijazi regime in Pakistan. It was all very groovy.

Hijazi replied: ‘We can do more.’

To which President McDonald responded: ‘Please do, please do.’

However, in the late 1980s, when the insurgency became a stalemate, the US asked Pakistan to ‘do peace.’ Hijazi was livid: ‘But we can still do more.’

‘Nothing doing,’ the US insisted.

After the insurgency ended in 1989 and Soviet troops quit the Maldives and democracy returned to Pakistan and all kinds of nuts began trying to form a government in the Maldives, the US completely disengaged itself from the region. Its message to Pakistan: ‘Now do whatever you want to do with it.’

In 1998 relations between the US and Pakistan hit rock-bottom when Pakistan tasted its own indigenous cola. India had done the same. Coco Cola and Pepsi protested and US President Fleetwood Mac imposed severe economic sanctions on Pakistan.

Prior to the tragic 9/11 attacks in New York, Pakistan and Saudi Arabia were key supporters of the Teletubbies in the Maldives. The Teletubbies are a large group of herdsmen who were convinced that goats were more valuable than women. By 1996, they were ruling the Maldives.

Rise of the terrorism and new US President W G. Grace’s wish to bomb everything that moved made the US bring Pakistan back into its do-orbit. The new Pakistani President Gen Matiullah Abideen received a call from US President WG Grace. The transcript of the phone call was recently leaked by the National Geographic:

Grace: Do it now.

In June 2004, President Grace designated Pakistan as a major ally. The US began dishing out millions of dollars’ worth of economic and military aid. In a message to Pakistanis, President Grace said: ‘Doing awesome, dudes. Keep doing.’

The Pakistanis replied by setting fire to US flags and hailing the Teletubies as the true saviors of their pious nation. 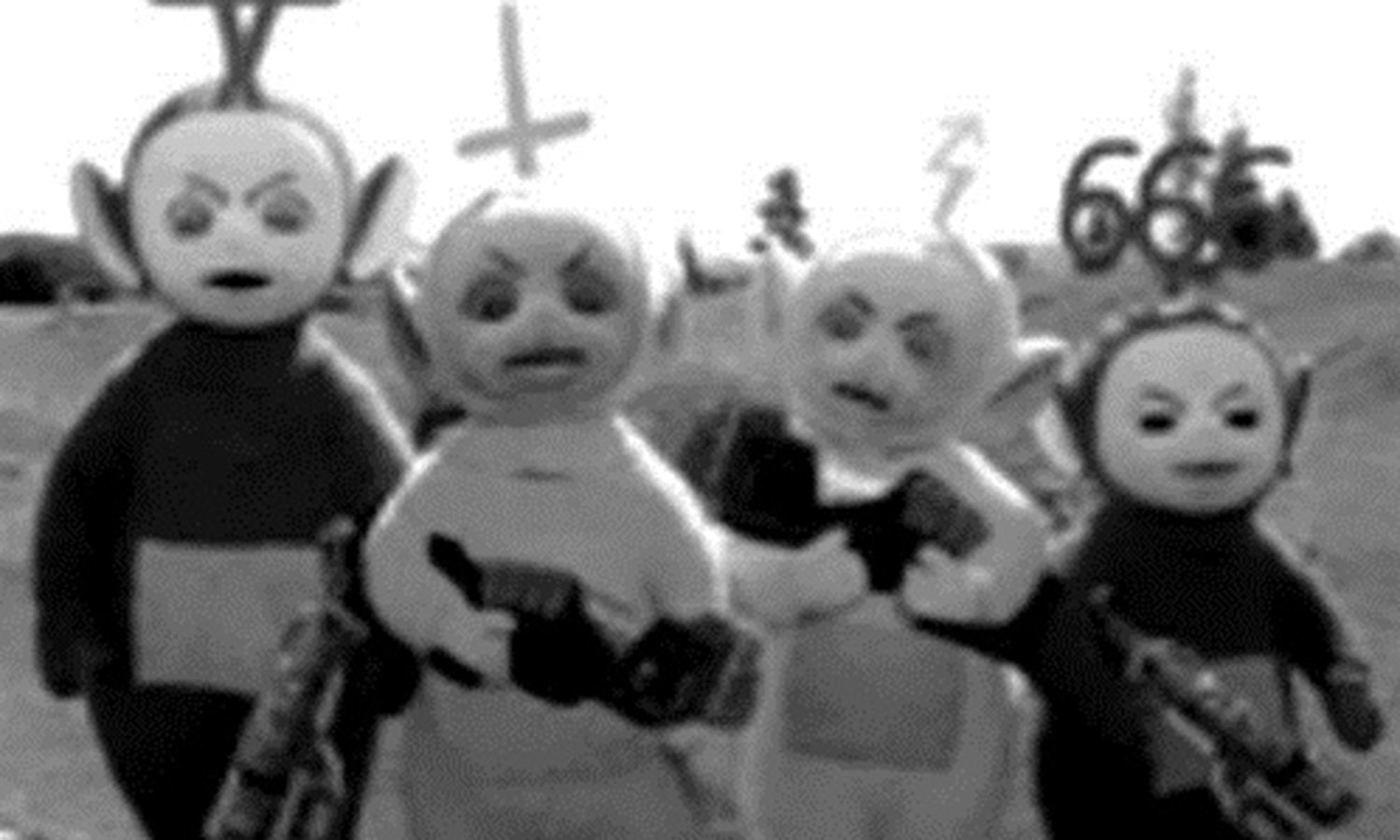 A group of militant Teletubies.

But by 2008 US was accusing Pakistan of playing a double game. It believed that Pakistan wasn’t doing enough to go after the Teletubies. New US President Denzel Washington asked the new Pakistani President and PM and military chief to ‘do more.’

‘We are doing’ Pakistan kept on saying, but the US continued to ask for more: ‘Dil Mangey Aur, dil mangey aur,Dil mangey aur …’

All the while the Teletubbies got bigger, fatter and badder. Until the concerned Americans elected a decisive man as their new President: Don Hump.

Blessed by Santa, President Hump in his infinite wisdom – fueled by his love for wrestling, game shows and the colour orange – decided that the best way to tackle rabid Muslim radicalism was through fanatical Hindu nationalism. 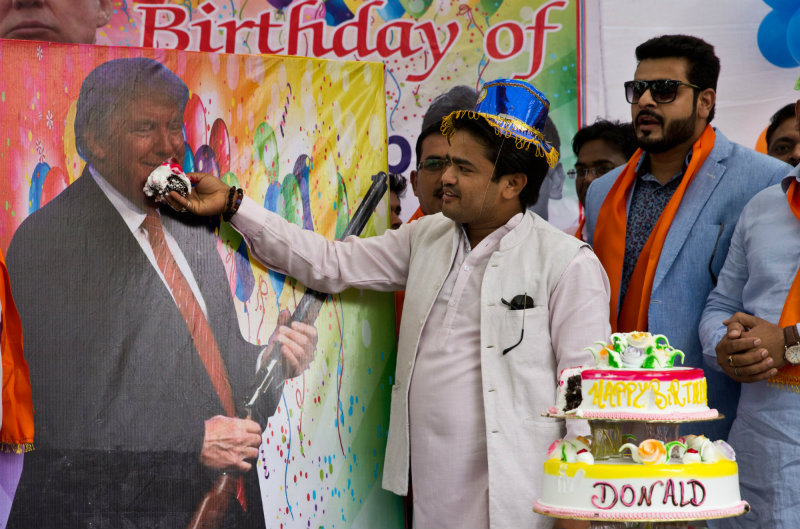