Coke & PBOTB: Battling for the soul of Pakistani music

Coke Studio (CS) is in trouble. And the freshly baked Pepsi Battle of the Bands (PBOTB) has completely failed to garner the ratings it was hoping for. Thing is, this has little to do with the quality of music and acts being showcased on both the shows.

CS – launched in 2008 with former Vital Signs man and producer Rohail Hyatt at the helm – enjoyed instant admiration from viewers. As the show’s scope continued to grow, so did its audiences. By the show’s fifth season, CS had become an institution of sorts; the new face of Pakistan’s pop/rock mainstream.

The old mainstream had all but eroded in the early 2000s. It had matured in the mid-1990s before gradually disintegrating. Pop has always had a limited market in Pakistan. The success of this genre in the 1990s – facilitated by multinational sponsorships, media coverage and a growing number of concerts – had encouraged the mushrooming of new local pop and rock acts. Supply had begun to outweigh the demand because the scene had become too congested.

Due to the limited size of the local pop market, pop acts began to cannibalize each other. Other factors too set in to further the rot. The country’s economy began to buckle after the US imposed severe economic sanctions due to Pakistan testing a nuclear device. The law & order situation too was constantly deteriorating.

The multinationals began to withdraw from the scene and the many recording studios and record labels that had sprung up closed shop. In the early 2000s, a spike in terrorist attacks in the country limited the number of concerts taking place.

For example, according to a former owner of a Karachi-based ‘events managment company’, there were almost 30 concerts in 1995 alone. By 2005 just two took place. In 2006, none. 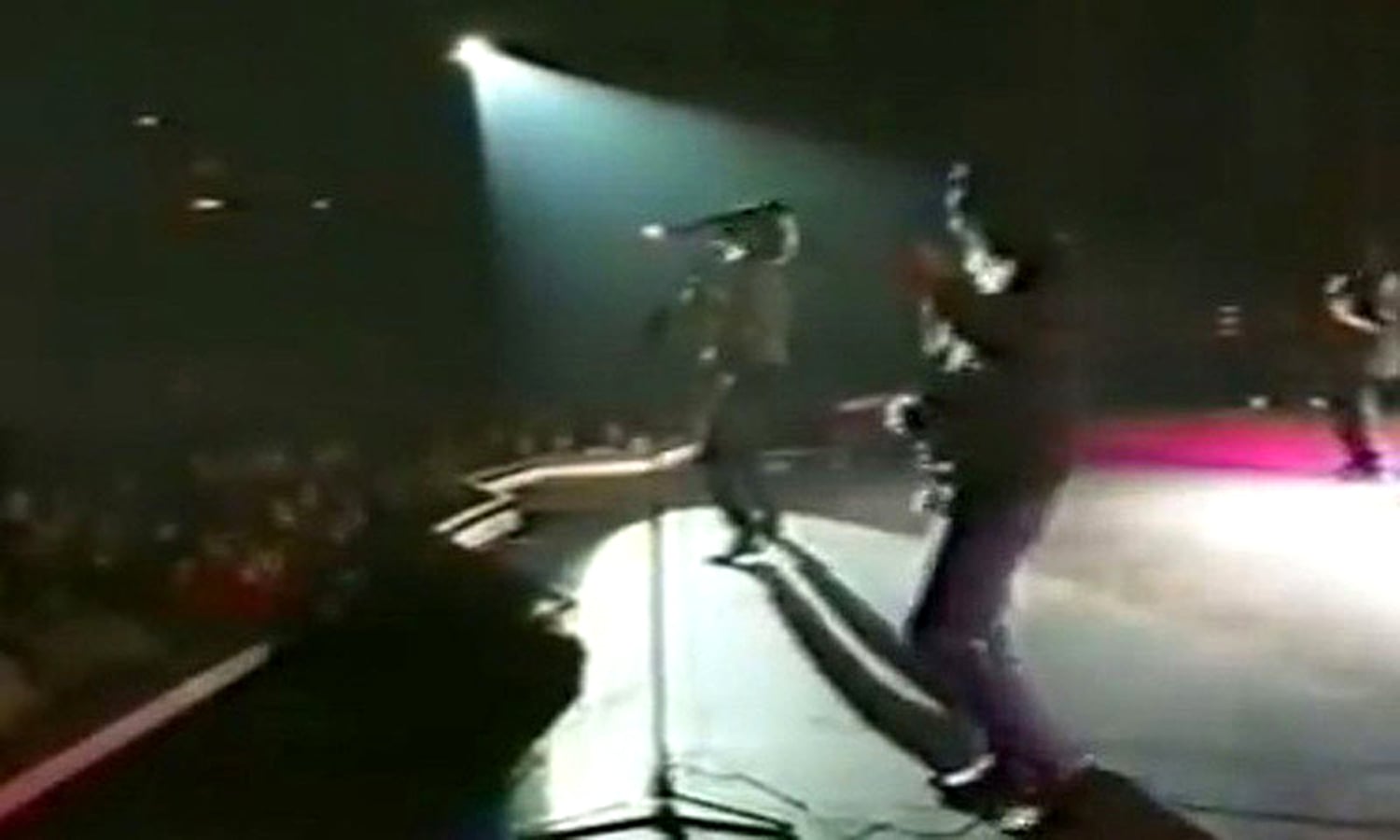 A band performs at a pop festival in Karachi in 1995

When CS was launched on TV in 2008, the aforementioned mainstream local pop scene was well and truly a thing of the past. The new generation of young urban Pakistanis had little or no memory of what the scene was like in the 1990s. But the songs were available online – even though (and as everywhere else in the world) CD and cassette sales had plummeted.

CS began as a way to introduce this generation to the country’s rich folk and pop music heritage. What could not be enjoyed at concerts and festivals anymore, was recreated in a widespread high-tech studio. A studio band made up of both pop/rock and folk instrumentalists was formed which facilitated established folk and pop artistes to recreate old hits for a new generation. The idea struck a nerve. And gold.

But Hyaat was only human. Driven by the show’s massive success and also by his continuing interest in the idea of merging music and ‘spirituality,’ he surprisingly went out with a whimper when the ‘experimental’ Season 6 of the show saw it almost completely departing from the winning formula established in the first five seasons.

To Hyatt Season 6 was about ‘world music’. But to the viewers it was a sign that CS had become bloated and self-indulgent. This is when Hyatt made his exit. 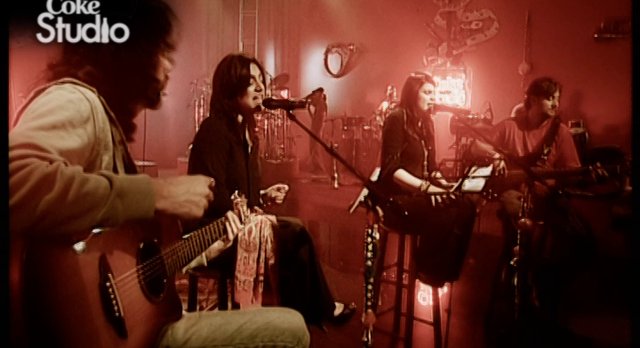 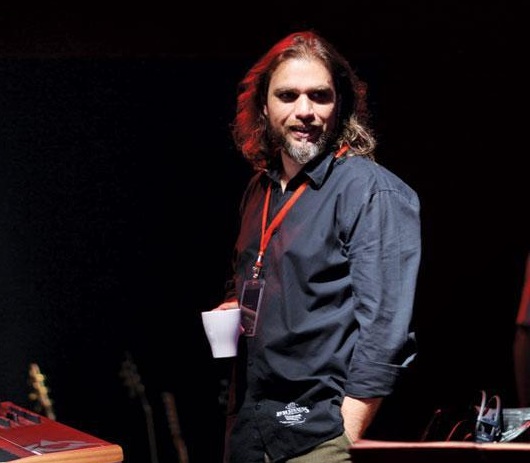 Coke brought in another 1990s act, The Strings, to produce the show. And right away the duo (Bilal Maqsood and Faisal Kapadia) put the spectacle back on its axis. Hyatt had begun to experiment just too early. Because CS as a show and platform was already an experiment. But one which had worked.

There was still so much out there in the country’s folk, ‘filmi’ and pop vault to bring back and recreate for a generation looking to escape the brutal existentialist realities of the post-9/11 Pakistan.

Understandably, the Strings began cautiously. Once CS managed to recoup from the disasters of Season 6, Maqsood and Kapadia expanded their range on Season 8, bringing in a record 27 artistes and a new studio ensemble. But by Season 9, CS had clearly begun to lose steam. Alarm bells should have gone off and maybe they did.

If Hyaat had become too adventurous, Strings became too static. A vocalist who wanted to cover a semi-classical ghazal was initially dissuaded and told that the show’s formula only allowed updated renditions of pop and Sufi folk classics. On part of CS, this attitude reflected a rather myopic understanding of the kind of music the new generation was now exposed to online.

The show’s producer asked JJ why would he want to do ‘an obscure filmi song’ when he can either do a VS song or a pop version of a Sufi kaafi? ‘This is what folks want to listen to,’ he told JJ. But JJ stuck to his guns and performed the song. To the producer’s surprise, the audiences loved it and viewers kept asking it to be played on repeat – including the original. 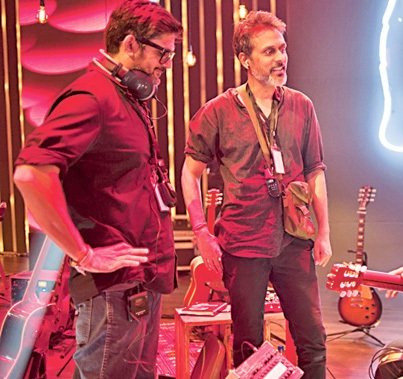 The most recent season of CS (Season 10) is perhaps its worst in terms of ratings. It is true that some performances have not been very satisfying, but that’s the problem of doing covers. There will always be songs so well ingrained in the peoples’ minds that even a slight deviation would draw angry reactions.

So it’s not really the songs which have triggered the rot. It is the structure of the show which has begun to exhibit signs of rusting. This, and the fact that the Strings just refused to even slightly diverge from their overtly defensive formula which they came in with to salvage CS from the effects of Season 6. The approach eventually made CS from being the much-awaited spectacle that it used to be to becoming an annual routine. It has gotten stuck in a rut.

This is going to be Strings’ last CS. Contrary to popular belief their exit is not due to the show’s falling ratings. The Strings were contracted to produce Seasons 7 till 10 right from the onset till Hyatt could refresh himself and rebound to pick things up again from Season 11 onward.

Considering the fact that Hyatt is far more open to new ideas, it would be best for CS to begin introducing some new aesthetic and structural innovations. It should become more socially conceptual in nature if the now worn-out structural concept is to be refurbished. But it will have to keep playing in the domain and context of Pakistan’s musical heritage to remain relevant.

On the other end, PBOTB is already in trouble. Again, the music is not the problem, as such. In fact I was surprised to note the talent displayed on the show. Where on earth are they emerging from? There has hardly been a pop or music scene in this country for ages.

The way some of the acts exhibited such musical dexterity was indeed impressive. I have no qualms in suggesting that, being a person who extensively covered the local music scene in the 1990s, I never came across the kind of talent displayed on PBOTB. Bands such as Badnaam, Dervesh, Roots, Madrock, Kashmir and the Pindi Boys are immensely gifted.

So what is ailing PBOTB then? The structure. The concept. To begin with unlike CS, this one is an old concept. Not only did Pepsi try this back in the early 2000s, but the whole American Idol formula that PBOTB is based on, is quickly going out of vogue the world over. And Pakistan is no exception.

So despite the fact that PBOTB introduced some stunning new talent, one still gets that seen-it-done-that feeling. Pepsi has had a deeper connection and history with Pakistani pop music than Coke ever did. The hefty sums of money and experience that was put in to revive an old concept, should have been used in leveraging Pepsi’s historical connection with modern Pakistani music.

Pepsi could have contextualized this connection into a concept and then put new, emerging artistes in this concept. At the moment PBOTB is too open-ended. There is no concept to it. It’s just there, showcasing young guns being judged by big guns. How exciting is that?

Remember Shoaib Mansoor’s Geetar ’93 (funded by Pepsi)? It was a simple concept in which the Vital Signs songs were physically set in various folk and ethnic cultures of Pakistan. The Signs’ melodic pop music was given a local context and this struck a note with a generation exposed to both sides of the cultural divide.

Both CS and PBOTB have done well to create windows from which a generation which is growing up during perhaps the country’s most culturally barren and politically awkward period, can peer into something more refreshing and reassuring.

But the same generation is also looking for social relevance. Indeed CS and PBOTB have managed to plug at least one aspect of the current cultural vacuum. But the reason CS is losing steam and PBOTB has gotten off to such a lukewarm start is that both have not attempted to plug a more social vacuum in the lives of today’s youth. Both shows are missing a more significant social relevance. A social context and a concept which could keep enriching the shows’ aesthetic settings. This is the only way both can attain a meaning which is more staying than the one associated with novelty value.