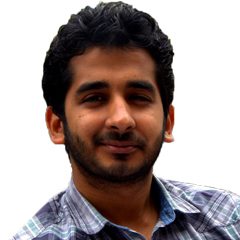 On July 14 2017, two Israeli soldiers were killed by Arab Israeli attackers near the Al-Aqsa mosque.The Israeli government responded by setting up increased security measures which included cameras, metal detectors and banning young men from praying inside the mosque.

This has led to violent clashes between the Israeli state and Palestinians in the past week. The tension is in stark contrast to the jubilation at the signing of the Oslo Peace Accord in 1993. It is therefore a timely moment to ask: ‘why did the peace process fail?’ And, pushing this analysis further inquires ‘what role can Pakistan play in supporting the peace process today’?

Oslo failed to settle substantive issues.Instead, it left for later the discussion of settlements, Jerusalem, refugees, and the borders of an Israeli and a Palestinian state. Ahd-Al-Shafi, a prominent Palestinian diplomat, explains, “My main criticism of Oslo is that it did not address the settlement issue. Israel’s settlement building was a clear violation of the very terms of reference of the peace process”. Indeed, settlement activity since Oslo has continued apace. Today, more than 600,000 Israeli settlers occupy Palestinian land in the West Bank and East Jerusalem. Furthermore, although the Palestine Liberation Organisation recognised the right of Israel to exist, this was not reciprocated by Israel. Said, polemically but correctly, notes the consequences of this for the peace process. He writes, in ‘The End of Oslo’, “The Palestinians have explicitly recognised the notion of partition. Israel never has. This is why there are now more than 170 settlements on Palestinian land, and why no Israeli prime minister has ever conceded any real sovereignty to the Palestinians”. The failure of the peace process was largely due to its failure to recognise Palestinian aspiration for national self-determination.

Instead, the Palestinian Authority was given nominal governing rights in Gaza and minor areas of the West Bank — with Israel retaining military control in and around Israeli settlements, the Jordan Valley region, and bypasses between Palestinian communities.

A more balanced peace agreement could have been reached, had the US played a firmer role and shown less bias towards Israel. Denis Ross, a senior US participant in the discussions, writes of the Camp David II summit in ‘The Missing Peace’; “our involvement [was] desired strongly by both sides, but especially by the Palestinian” and that “Arafat saw us as his equalizers with the Israelis. But, when from the beginning of the implementation process the Israelis felt no need to fulfil many of their obligations, the US did not use its leverage as Israel’s essential military, economic and diplomatic patron to ensure that they did”.

Although the Palestine Liberation Organisation recognised the right of Israel to exist, this was not reciprocated by Israel. The Palestinians have explicitly recognised the notion of partition: Israel never has

As we have noted that Israeli settlements continued, the withdrawal of troops from the occupied territories was also delayed under Netanyahu, in violation of Oslo peace process. Mearsheimer and Walt, in ‘The Israel Lobby’, have convincingly argued that the success of the ‘Israel Lobby’ and US failure to take a ‘tough line’ with Israel has contributed to the failure of the Oslo peace process.

Arafat, though not responsible for the failure of the peace process, nonetheless, must be criticized for his leadership. Said points out that Arafat, threatened by the increasing popularity of Hamas in the Occupied territories, agreed to Oslo to secure his position. Furthermore, he correctly criticizes Arafat for failing to have a legal advisory team to look over the Oslo accords.

Pakistanis have shown support for the Palestinian cause. They have viewed it, along with other decolonized countries, as a struggle in line with theirs against western colonialism. Faiz Ahmad Faiz, too, understood this. While in Beirut, he wrote at least four poems in support of the Palestinian struggle. In his moving Urdu poem, ‘Palestinian Martyrs in Other Lands’, Faiz echoed the emerging sense of the globalization of the Palestinian anti-imperialist struggle:

On the unmarked roads of foreign lands,

in the unknown streets of foreign cities

wherever my blood-stained flag was unfurled

there flourished the flag of Palestine.

Your enemies destroyed one Palestine

my wounds populated many a Palestine.

In another poem, titled Maulana, Habib Jalib notes that the mullah and our military have failed to provide any real support to the Palestinian struggle. They have merely instrumentalised the issue for their own purposes:

They say that Jimmy Carter is your pir incarnate, Maulana

The land to the landlords, the machine to the despoilers

This, according to you, is God’s dictate, Maulana

Why don’t millions fight for Palestine

Therefore, Pakistani people and the state must follow Faiz and Jalib and support the Palestinians’ right of self-determination and a viable, sovereign state. The people of Pakistan can support the BDS (Boycott, Divestment and Sanctions) movement.

While the Pakistani state has to be frank and critique the Palestinian Authorities when they are in the wrong, they should proactively lobby regional and Third World countries for the Palestinian cause to counter the power imbalance between the Palestinians and Israelis, and the support Israel gets from the powerful ‘Israel lobby’ around the world. If enough people and countries support the Palestinians, it may be the best way to wrestle Israel back to the negotiating table.

The writer recently graduated from the London School of Economics and Political Science.  His current research focuses on issues of national self-determination. He can be reached at mrzeeyous@gmail.com.