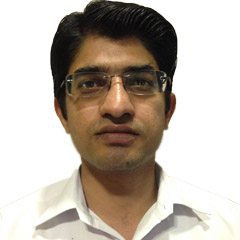 In the footsteps of the bagpiper, and back

They said the bagpiper is a mere clown; he would never cross the bridge — pull siraat, as it were — that he exhorts others so heartily to pass.

But the bagpiper has done it: he has crossed the bridge, all by himself, but only to find himself in enemy territory, within range of enemy fire. Now wither his followers? Can we have a repeat of that Jon Snow scene under similar circumstances?

Why not? We won the Champions Trophy against tougher odds. It was the Champions Trophy! Five consecutive international wins against five different higher ranked teams! And the PSL Final, of course. And Zimbabwe. And, in near future, the World XI, and more.

What a moment! And so slow and extended and delicious! Despacito!

But we, being Pakistanis, did not waste a moment to waste the moment and get ourselves into a needless tangle.

Well, Panama helped. Panama helped surely and mightily. Indeed, it worked so well that among litigators, Panama is now famous for the hooks it makes, rather than the hats — hooks that one can hang almost any argument on. (Remember, the story began with Panama, and ended at Iqama. Both, to a native Pakistani, are about as seemly and pleasing as drone strikes on Pakistani territory. Shall we dare ignore the alleged friendship between Nawaz and Modi/India, and call it a ‘surgical strike’?)

The questions are many, the answers few. Hence the stupid tangle. And I haven’t even mentioned Trump yet.

It’s kaboom time: if Trump shows up in the seventh paragraph of an article commenting on Pakistan’s trajectory through space and time on these particular Eid holidays. And kaboom is not the kind of sacrifice Pakistan is willing to offer. Nope.

“The sacrifices we were willing to offer, we have offered on this Eid. No more please. Thank you!”

How can a person — or people — caught up in a tangle go anywhere, much less follow the bagpiper?

The dilemma has befuddled some of the best minds of the day, forcing one of them to become — in the process — the Henry J. Steiner Visiting Professor in Human Rights at Harvard Law School. Imagine what he would become after he has solved the dilemma. God knows!

And solved it has to be. There is no place else to go, except where the bagpiper leads one to. You don’t have a nose in this matter. You can’t resist your fate, much less your face or instincts. It is all settled way before, so much so it is almost always allowed to happen, rather than suffered.

Except of course, a surgical strike.

But people are thinking and reading too much into this, and into life generally. The only fair thing to do, if one hears a bagpiper, is to follow him. At the very least, to recover him safely from enemy territory, if not to utterly rout enemy forces and takeover Delhi, which we are told is still far away.

The only fair thing to do is: if one hears a bagpiper, one should follow him as well; at the very least to recover him safely from enemy territory, if not to utterly rout enemy forces and take over Delhi, which we are told is still far away

Or have we, on this Eid, decided to sacrifice the bagpiper, and abandon him to his fate?

By the look of things, we’ll find out on September 8, when the highest judge in the mighty Punjab is set to use all the discretion at his disposal to force the production of an absconding advocate on charges of contempt of court.

The matters are so arranged and stars so aligned, that the“system” stands — or falls — like a house of cards, based on events and performances in the courtroom of the honourable Chief Justice of the Lahore High Court this Friday. Who knew, the bagpiper could possibly be a judge!

To the 8th! To the system! To the bagpiper!

The writer was born and raised in Mian Channu, he did his BA/LL.B. from LUMS on an NOP scholarship. Then, he completed an LL.M. from Michigan-Ann Arbor Law School on a Fulbright scholarship. He has served as Justice Jawwad S. Khawaja’s law clerk. Currently, he is a senior associate at the law firm of HaidermotaBNR in Lahore. 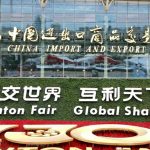